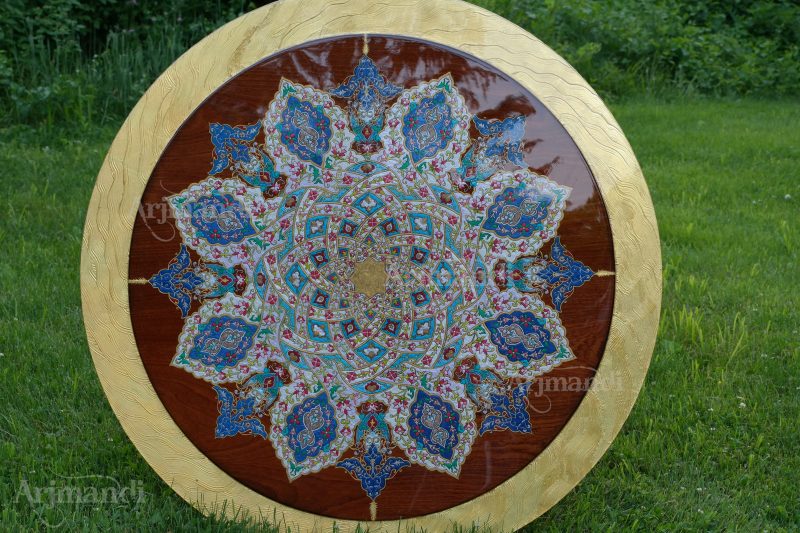 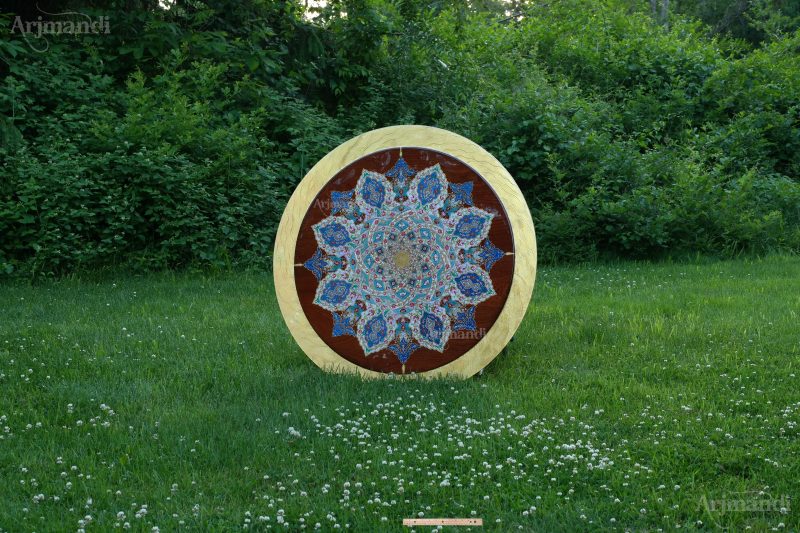 ” We are growings of the nature around us. Earth is our nourishing mother, and with her, we find peace, harmony, and healing.”   Helen Arjmandi

“The sun’s warmth starts all growings at the center, like a baby who develops in the mother’s womb. Under the blue sky, the tiny buds and branches begin to expand, diversify and flourish in all directions, stretching their hands to the shining sun, blooming into full-blown crowns, and manifesting their potential to the world.

As you look at the painting, you are not in front of it. You are laid down; you are the Earth, looking up at the blue sky from between your growings, branches and flowers. The sun who initiated the growing in you cuddles it all around. ”

The whole design is known as Shamse (sun motif). Shamse, in the pre-Islamic era in Iran, was used as the sacred symbol of light for the Persian empire and its rulers. In the post-Islamic era, artists adopted Shamse design as a symbol of the pure light of God and developed it in various forms. Shamse has been used in different arts such as pottery, textile, architecture, Negargari, and craftings such as Minakari and Ghalamkari.

The four ears of wheat symbolize fertility and peace, where the Sun and the Earth unite

The 8-Pointed star as the epitome of the sun has appeared in ancient Zoroastrian religion and Persian geometric and biomorphic arts. In Islam and Judeocristian cultures, seven symbolizes completion in the mundane, sensory world ranks. The next step is the number eight, representing enlightenment, higher awareness, rebirth, and super-abundance.

You can see more details this product Click here

There are no reviews yet.

Be the first to review “The Healing Mother Earth” Cancel reply