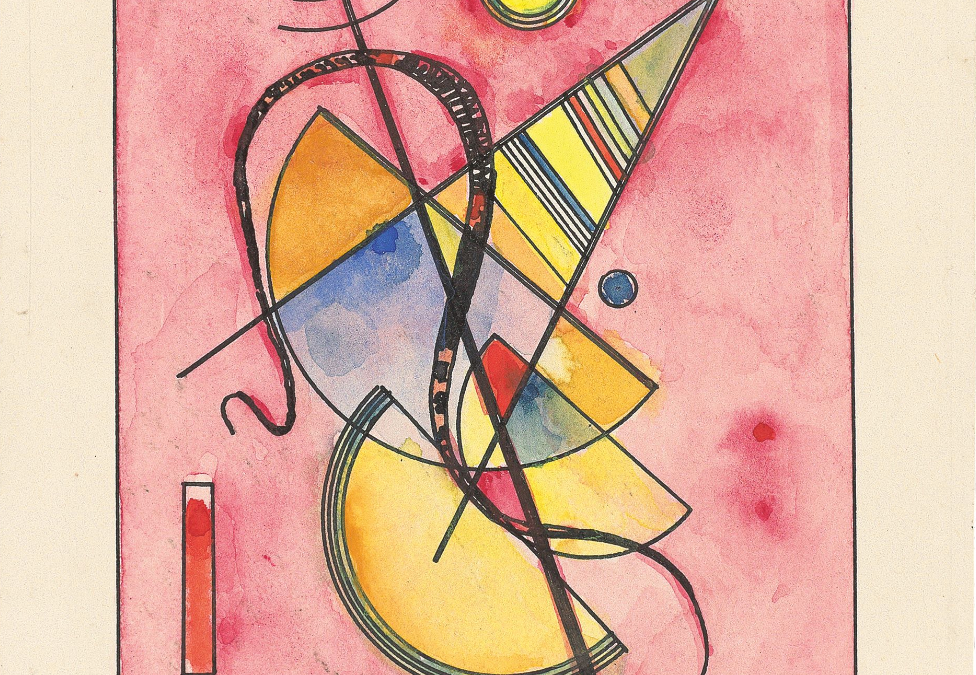 A Wassily Kandinsky watercolour painting that was sold yesterday evening at Grisebach auction house in Berlin is the subject of a provenance dispute launched by the Polish ministry of culture. Officials claim that the abstract work on cardboard, which made €387,500 (with fees), is the same one that was stolen from the National Museum in Warsaw in 1984.

Untitled (1928) was acquired at auction by Warsaw’s National Museum in 1982 from a private collection. In 1984, the work was presented at the exhibition Concepts of Space in Contemporary Art, from where it was stolen. To this day, the seal of the National Museum in Warsaw—a clear indicator of its origin—has been preserved on the back of the watercolour. In 1985, the International Foundation for Art Research (IFAR) published in a stolen art report that the painting was taken from the museum.

After it was found in Grisebach’s auction catalogue, Poland’s ministry of culture sent a request to Warsaw police to register the painting in Interpol’s stolen artworks database. Officials from the ministry and the Polish embassy in Berlin requested Grisebach to withdraw the Kandinsky from the 1 December sale. Detailed documentation on the stolen artwork was also sent to the auction house to confirm its origin.

The catalogue notes for the sale, published on the auction house’s website, confirm that the work was in the Warsaw museum’s collection from between “approx. 1965-1983”. It also states that the work was later held in a private US collection. It was consigned to the Grisebach sale by the Hamburg-based German philanthropist Maren Otto, who bought it in 1988 from Galerie Thomas in Munich.

A Grisebach spokesperson says that there is no doubt that the watercolour was purchased in 1988 in good faith. “Grisebach first became aware of a possible theft from a Polish museum shortly before the auction through a communication from the Polish Ministry of Culture. This notification was immediately taken as an opportunity to enter into a further legal investigation. This led to the clear conclusion that there were no legal objections to the auction of the watercolor.” They also point out that the work was sold at Sotheby’s in London in “the first half of the 1980s”.

Grisebach has contacted the consignors and the purchasers and will now “endeavour to bring about a supplementary judicial legal review by a court in order to obtain a binding clarification,” the spokesperson adds.

“Without trust, often times, this market cannot function smoothly. It is sad to see that sometimes these standards are not maintained by auction houses, and this should be condemned,” Poland’s deputy prime minister Piotr Glinski, tells The Art Newspaper.

He adds that this is not the first instance of Grisebach selling a painting that was stolen from Poland. In 2011, the auction house’s sale of the painting Negress (1884) by Anna Bilińska was halted thanks to the intervention of the Polish Ministry of Culture and National Heritage and Polish diplomats. The painting was then restituted to Poland in 2012.

The Polish culture ministry stresses that it considers the transaction knowingly carried out by the Grisebach to be highly unethical and contrary to the standards that should apply to the international art market.