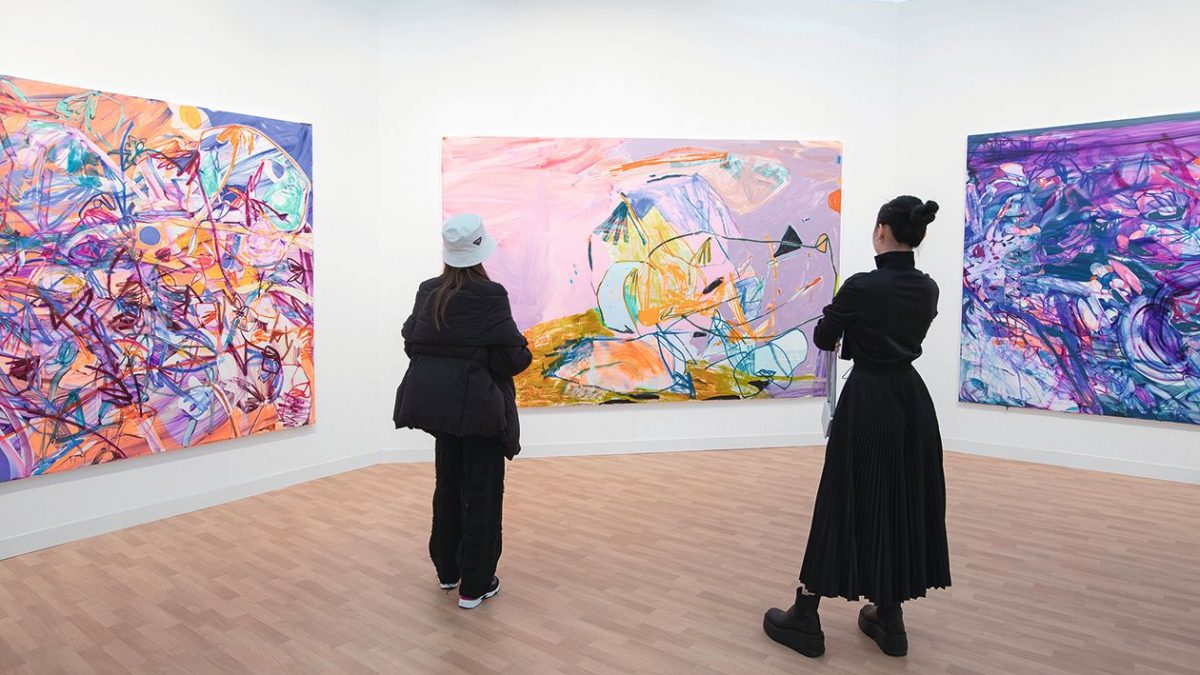 In an art world relentlessly given to neophilia, it was perhaps inevitable that the contemporary would never be enough. Last month’s Frieze London fair confirmed that collectors are increasingly partial to—I paraphrase Anthony Burgess’s A Clockwork Orange—a bit of the old “ultra-contemporary”.

I hadn’t come across the term until last month. But it’s been around for a while; Artnet News coined it in a market report in 2019 to mean simply artists born since 1975 and it was intended to bring visibility to young artists “with strengthening secondary markets”.

Increasingly, it’s becoming a byword for young artists—mostly painters—with stratospheric auction prices. At Frieze, the inevitable focus was on Jadé Fadojutimi; the seven paintings on her solo stand with Gagosian reportedly valued at £500,000 each, all sold. Others associated with the phenomenon include Jonas Wood, Njideka Akunyili Crosby and Flora Yukhnovich.

The trend has encouraging aspects: market data consistently shows a greater equity between men and women, and between white artists and artists of colour, than in any other category. But still, the eye-popping prices and unquenchable thirst for works creates unwelcome pressure on the artists. A dealer recently told me that he had collectors screaming “Do you know who I am?”, desperate to buy canvases by an in-demand artist. The problem was that none had yet been painted. And I wasn’t alone in finding Fadojutimi’s Frieze paintings undercooked, apparently rushed out of the studio.

As so often, curators in non-profit spaces and the museum world seem mostly to be looking elsewhere. In a rather neat coincidence, that once reliable bellwether of the new, the Turner Prize, opened the week after Frieze. Famously, it once had an ultra-contemporary age limit, until 2017 restricting the shortlist to artists under 50. This year’s list contains no painters, and two artists who technically fit ultra-contemporary age parameters: Sin Wai Kin and Heather Phillipson. But look on the auction price databases and Sin doesn’t have a single record (not even under their former name, Victoria Sin) while Heather Phillipson has one, for a piece sold for £6,000 in 2014. The other artists are two Black women enjoying long-overdue acclaim, Veronica Ryan and Ingrid Pollard. Each of the four has, in their own way, developed practices over considerable time, nurtured mostly without commercial pressures. And the work reflects that: compelling, rich, materially complex, it speaks urgently to our time.

Of course, there are crossovers. Fadojutimi has an exhibition at the Hepworth in Wakefield (only her second solo show in a public gallery), and Akunyili Crosby is at the Yale Center for British Art in New Haven, Connecticut. I feel pretty sure that Akunyili Crosby is a major artist; Fadojutimi might be, too, if allowed the space to grow her practice.

But far too much of the work associated with this field feels derivative, conservative and precisely the triumph of hot air over real value that the hypey “ultra” prefix denotes. There’s plenty of real talent caught up in it but, as we’ve seen so many times before, what passes for ultra-contemporary art today risks a quick descent into ultra-obsolescence tomorrow.