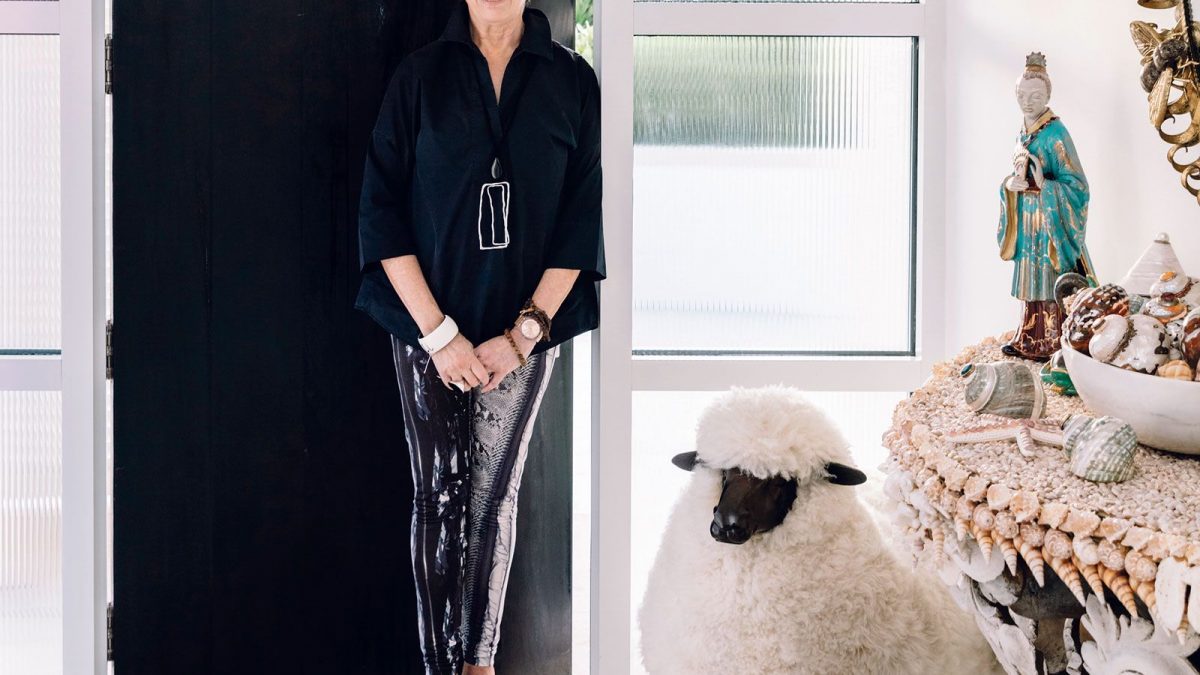 More than arguably any other art collector in the region, Beth Rudin DeWoody has been instrumental in nurturing a collector community in West Palm Beach, which has now become a necessary destination for blue-chip galleries and auction houses looking to establish footholds in the region through expansions and pop-ups. In 2017, DeWoody inaugurated her exhibition space, The Bunker, in the fashionable south Florida enclave; it now showcases key works from her collection of more than 10,000 pieces. In addition to opening a new hanging of her collection at The Bunker, curated by Thelma Golden, the director of Studio Museum in Harlem, and Brooklyn Museum director Anne Pasternak, DeWoody also serves on the advisory board for New Wave, that non-profit that organises New Wave Art Wknd (until 4 December), an event showcasing Palm Beach’s galleries and private collections.

Beth Rudin DeWoody: The first work I bought will actually be shown at The Bunker this year! As a high school student, I took a class with Benny Andrews at the New School. It was there that I was introduced to his work and purchased Genealogy (I am the Darker Brother) in 1969. Our 2022/23 guest curators, Anne Pasternak and Thelma Golden, will highlight this piece as the main entry point to their exhibition and the history of my collecting. I’m so excited to see what they have curated.

I recently bought a beautiful Aurora Pellizzi from The Armory Show. Additionally, I bought a María Lucía “Lulu” Varona Borges embroidery. The work was created as a part of her recent residency with New Wave in West Palm Beach. Both will be on display at The Bunker as a part of this year’s new exhibitions, which are being unveiled during New Wave Art Wknd. Lulu is a true rising talent. Her work is also on view at the Whitney Museum of American Art in their exhibition no existe un mundo poshuracán: Puerto Rican Art in the Wake of Hurricane Maria.

This is like asking who’s your favourite child. It’s impossible to answer.

For an Old Master, my dream purchase would be a Bronzino painting. For something Modern, I would say a Romare Bearden. There are so many works.

An incredible Bridget Riley drawing, a specific Ed Ruscha, a Shara Hughes large work, a George Condo—it goes on. There are plenty of works where I miss the opportunity simply because I answered my email just a little too late.

At The Bunker, we really make use of the entire space, and I love playful placements. We have two hidden closets and our co-curators, Laura Dvorkin and Maynard Monrow, have also shown work atop a beam in the stairwell or this little nook by the bannister stairs. You have to look down at the floor to notice it.

Leonardo da Vinci for sure. I was never able to meet Hannah Wilke and Eva Hesse before they passed. I would absolutely have them at my dinner party!

No. Art is best experienced in person. I hope that never goes away.