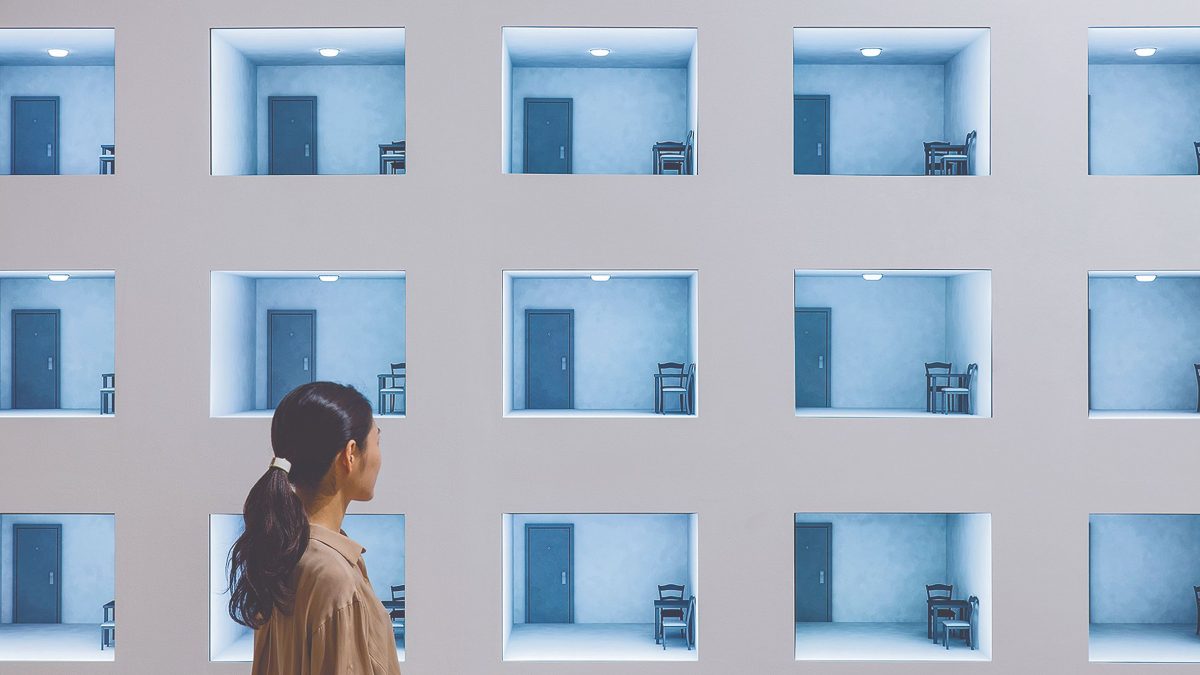 The Pérez Art Museum Miami (PAMM) has organised the first stateside survey devoted to the conceptual Argentine artist Leandro Erlich. The artist, who represented Argentina in the 2001 Venice Biennale, is best-known for his immersive installations that create optical illusions, such as Swimming Pool (1999), a work in which viewers can see and photograph others submerged “underwater” via a transparent glass pane.

The show spans three decades of Erlich’s career, featuring 16 works installed throughout the museum that transform the galleries into various familiar but surreal environments, from a classroom and a laundromat to windows that offer voyeuristic views into other worlds. The installation The Room (2006-18)—which was commissioned for a comprehensive survey at the Mori Art Museum in Tokyo in 2017—shows the same room filmed from 25 different angles, critiquing government surveillance. Several other works also have an activist bent. G.A.

Jamilah Sabur: The Harvesters, The Bass, Miami Beach, until 30 April 2023

A solo exhibition at the Bass of the interdisciplinary Jamaica-born, Brussels-based artist Jamilah Sabur continues her exploration of mineral extraction as a metaphor for the global disregard of our oneness with nature, and for the propensity of wealthy nations to opt for short-sighted gains that run counter to the wellbeing of our planet and communities.

In this show, Sabur, whose practice spans video, performance, sculpture, painting and more—her ideas “move fluidly between vessels”, as she puts it—explores these concepts through a number of mixed-media paintings and silkscreen works, as well as a video installation. Some of the works explore natural rhythms that occur at sublime scales, such as Rossby waves, which undulate for hundreds of miles across the open ocean. Others explore untapped natural resources, such as manganese nodules, rich deep-sea mineral sources whose proposed mining is a subject of great controversy. W.L.

Miami is Not the Caribbean. Yet it Feels Like it, Oolite Arts, until 11 December

“Is Miami the Caribbean?” asks this show curated by Danny Baez. He was first approached to curate a show that featured Latinx artists, but he quickly pivoted when he considered whether that term truly resonated with what he was trying to say. “I didn’t want to be boxed into the Latinx spectrum, because I consider myself Caribbean,” he says. “I wanted to build something that reflects where I come from, and it has some kind of connection to Miami given the large number of immigrants from the Caribbean.”

The resulting exhibition includes work by nine artists, all of whom have roots in the Caribbean but are at present based either in Miami or New York. Works by the Miami artists Monica Sorelle, Amanda Linares and Mark Fleuridor mingle with those by the New York artists Destiny Belgrave, Kim Dacres, Jeffrey Meris, Na’Ye Perez, Bony Ramirez and Cyle Warner. Each artist draws material inspiration from their Caribbean roots, many in its lush colour palettes and landscapes, others in its sordid colonial history. N.M.

This exhibition contains more than a dozen early works by the late Haitian-born, Paris-based painter Hervé Télémaque. The show includes paintings from the artist’s brief stint living in New York City, where he moved in 1957 from his native Port-au-Prince before becoming so disenchanted by racial segregation in the US that he relocated to Paris in 1961.

In early works like No Title (The Ugly American) (1962-64), painted shortly after Télémaque’s move to Paris, you can see the artist begin to step away from abstraction and develop his figurative style while simultaneously wrestling with the violent legacy of colonialism. An image of an ancient Venus floats beside the likenesses of Fidel Castro and the Haitian revolutionary Toussaint Louverture. Other figures arise in the picture plane, some with blonde hair and the word “STOP” coming from their mouths. W.L.