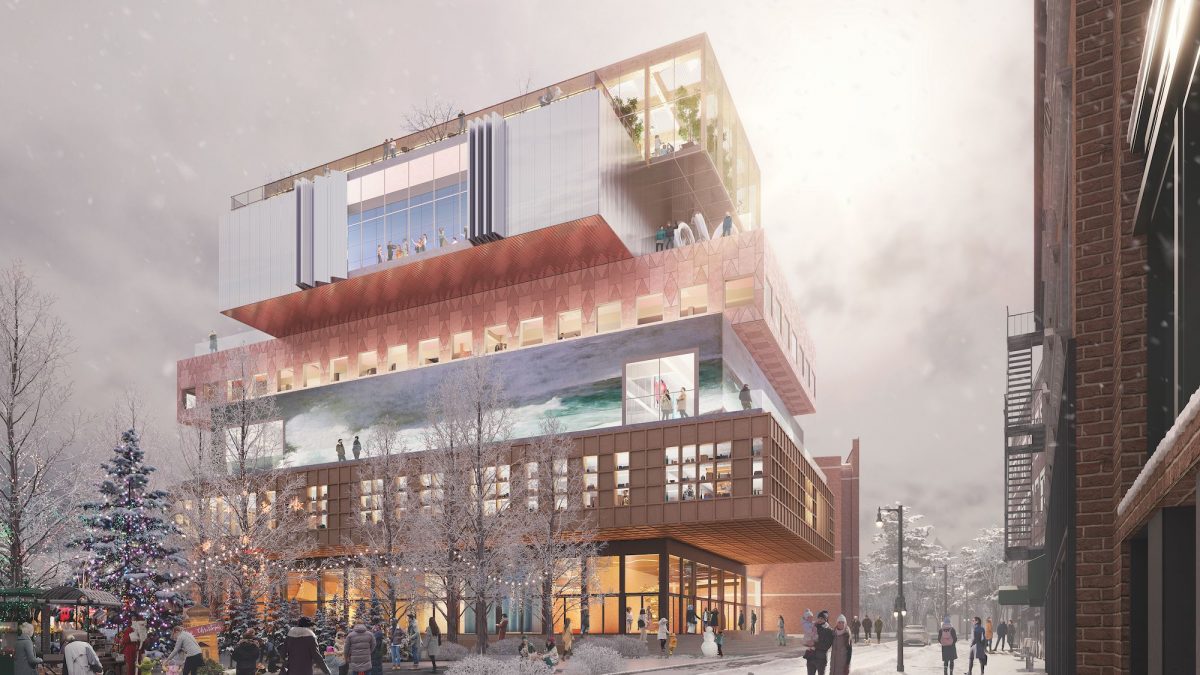 The Portland Museum of Art (PMA) in Maine is planning its first major expansion in more than 40 years, and members of the public are invited to weigh in on the building’s revamped architecture. The museum has announced four finalist teams led by international firms, including David Adjaye’s Adjaye Associates and Rotterdam-based MVRDV. Their drawings and models are currently on view at the PMA through 11 December, where visitors can leave feedback.

Intended to unite its downtown campus, the PMA’s expansion will add 60,000 sq. ft of space to accommodate an increase in visitorship and its growing collection. “Right now, because of our growth, the real risk is not to build,” PMA director Mark Bessire told Architect. “If museums don’t continue to grow, if you fall back, it can take a generation to recover.”

A committee of PMA stakeholders selected the shortlisted concepts through a design competition launched in June. The open call attracted 104 teams representing more than 250 firms, and finalists were chosen for their “creative and sensitive approach, their distinctive vision and embodiment of the PMA’s values of courage, equity, service, sustainability and trust”, according to the museum’s website.

Lever Architecture, a Portland, Oregon-based studio, worked with Scott Simons and Unknown Studio, Chris-Newell-Akomawt Educational Initiative, Openbox, Once-Future Office, Atelier Ten and Studio Pacifica to envision a space led by the Wabanaki’s understanding of sunlight. The project’s interior is designed to be open and inviting, incorporating a generous amount of glass and fusing regional timber, terracotta and granite to create warmth.

A fourth concept led by MVRDV with Simons Architects, Stoss, Institute for Human Centered Design, Pentagram, Atelier Ten and DVDL, envisions the new wing as a highly visible beacon of activity. Designed to prioritise the museum as a place for people, it integrates gathering places and spaces for public programming on every floor. The goal is “art for all, unpretentious, messy, transparent, expressive and a continuous work in progress”, the team describes.

A jury will review the designs and public feedback in December before choosing the winning team. The finalist will then work closely with PMA and, taking into account community input, further refine their design.