‘We are asking for people to care’: protestors unfurled banners at SFMOMA in support of Iranian uprising 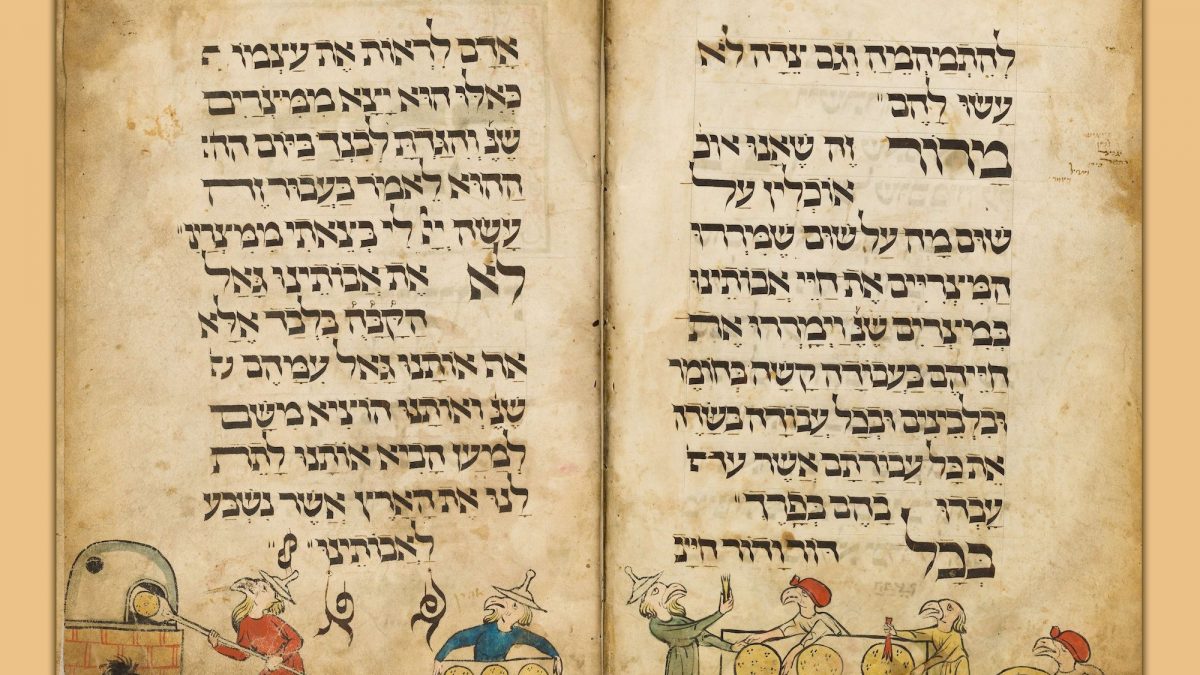 The New York Supreme Court has dismissed a restitution complaint brought against the Israel Museum in Jerusalem, allowing the institution to maintain ownership of the Bird’s Head Haggadah, the oldest illuminated Ashkenazi Passover text in existence.

In April of this year, a family of reunited Holocaust survivors filed a lawsuit in New York state court to reclaim the 700-year-old artefact, alleging that the Haggadah was an heirloom lost to them during the rise of the Third Reich. The Israel Museum has housed the medieval manuscript, a piece of history notable for its distinctive anthropomorphic bird illustrations, since 1946, one year after the end of the Second World War.

According the to the complaint, the Haggadah rightfully belongs to the heirs of Ludwig Marum, a Jew who served in German parliament until his arrest and subsequent murder by Nazis in 1933. Marum’s four living grandchildren, three of whom survived the Holocaust, established their geneology relatively late in life, only publicising their familial claims to the Haggadah in 2016 following the adoption of the Holocaust Expropriated Art Recovery Act (or Hear Act), which extends certain statues of limitations for art that was stolen as part of Nazi persecution. The heirs stated that the manuscript had been taken from the family, resurfacing in a back-room deal with the museum’s predecessor in the wake of mass trauma and European migration, and displayed without oversight from the family. The family could not show that the Haggadah was stolen definitively by Nazis—only that it was stolen—problematising its invocation of the Hear Act.

A representative for the museum disputed the plaintiffs’ claims, saying that Marum’s daughter, the late Elisabeth Lunau, had granted the museum permission to keep the manuscript in its collection. The institution cited a letter she wrote in 1984 speaking favourably of the museum’s dominion, characterising its display as operating “for the benefit of the public”. A lawyer for the grandchildren told The Art Newspaperlast April that Lunau’s support for public access to the heirloom did not necessarily constitute permission, stating that “allowing the public access to the Haggadah, does not give the museum any basis to claim ownership to the family property, then, or today”.

On 10 November, the commercial division of the New York Supreme Court granted the Israel Museum’s motion to dismiss the lawsuit. The law firm Weil prepared a motion on behalf of the museum, stating that the plaintiffs lacked personal jurisdiction to assert their claims. The court concurred, responding that the case “has virtually no connection to New York”, “none of the parties are in New York” and “the events giving rise to at least two out of the three causes of the action occurred entirely outside of New York”.

In legal filings obtained by The Art Newspaper, plaintiffs alleged various facts to connect the case with New York, maintaining that the Israel Museum’s pop-up version of the Bird’s Head Haggadah can be “purchased everywhere, including New York”, and alleging that the museum “conducts business in new York through a non-profit organisation, the American Friends of the Israel Museum, or AFIM, that has raised more than $435 million for the Museum and has its primary place of business in New York”.

The court ruled these associations irrelevant under the doctrine of forum non conveniens, which holds that the claims would be best heard in another forum all together. In the court’s dismissal, Judge Melissa Jane Crane declared that the “complaint seems to be merely an attempt to take advantage of the Hear Act of 2016, which unlikely applies”. The descendants of Ludwig Marum can still appeal the decision.