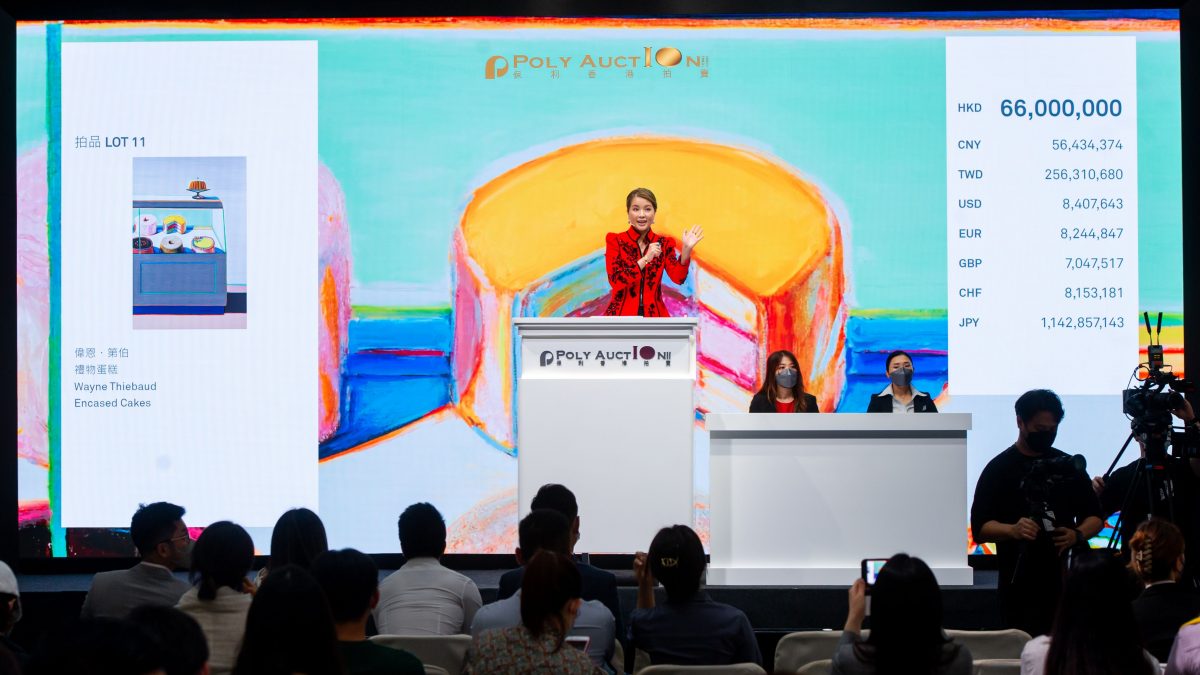 The long-awaited reopening of Hong Kong’s borders in late September came just in time for its marquee autumn art auction season—but the sale results have been less than ebullient.

The October art and antiquities sales at China Poly, China Guardian and Sotheby’s netted $443.3m in total—down 7% from last year’s equivalent sales, according to figures compiled from Artpro & Artron. Across the three sales, the oil painting, modern and contemporary art categories fell 38% to $180m, and Chinese calligraphy and painting dropped 1% to $89m. However, sales for the antiques, porcelain and miscellaneous category rose 78% to $175m.

The results in part reflect the economic downturn in mainland China, which is still navigating harsh zero-Covid policies and a cratering property sector. But it also represents a subtler shift in what has been coming to the market.

Hong Kong’s closed borders have impacted the selection of offerings, according to June Hsu and Joseph Yang, co-heads of Poly Auction Hong Kong’s Modern and contemporary art department. Collectors of Chinese-French masters have an higher average age than collectors of Western contemporary art, and so “rely on coming to previews and viewing the works in person, which was ultimately impossible during the pandemic and hence held off a lot of buying power”.

But the opening of borders has allowed Seoul Auction to resume its livestreamed sales in its Hong Kong showroom on 29 November, the first time it will hold sales in the city since the beginning of the pandemic. “With the suspension of Hong Kong auctions for a while, the inflow of overseas customers through online sales has become much more active than before, but there was a limit to not being able to launch the exhibition worldwide,” says Seoul Auction’s global business department specialist Eunjoo Lee.

Seoul Auction’s headliner is a large Yayoi Kusama Pumpkin painting, tying into the artist’s blockbuster show now running at M+ museum in Hong Kong. Women artists are increasingly visible at Hong Kong sales, and so far this autumn, nine born after 1970 have set new personal records. Of these, the most expensive lot was The Riddle by Emily Mae Smith, sold for $1.6m at Sotheby’s. Meanwhile, Christie’s 20th/21st Century Evening Sale on 30 November includes a Joan Mitchell painting estimated at $11m–$15m.

Women artists also lead Phillip’s Hong Kong’s forthcoming evening sale on 1 December. Speaking of the wider art market, its head of 20th century and contemporary art, Isaure de Viel Castel, says: “The art market in Asia continued to show strength and resilience despite a weakening global economy.” Globally Asia-based clients were 41% of auction hammer during the first half of 2022, and 32% of bidders in their most recent 20th century & contemporary art evening sale in London. How many of those came from or will bid in Hong Kong is not specified in their figures.

Poly’s Hsu and Yang see even more hope in the relaxation measures announced mid-November in mainland China, saying: “While still a long way to go, China is on the right track and we expect to see more positive news flows from China and we expect this to significantly help the market.” Overall, they add, “We think the results are fair considering the current market environment; as you know, the overall macro condition has been difficult and Hong Kong’s previous travel restrictions certainly did not help.” Still, they point to some silver linings, including new records including for Wu Guanzhong and Chu Teh-Chun. “As you can see, there’s still great demand for great work.”