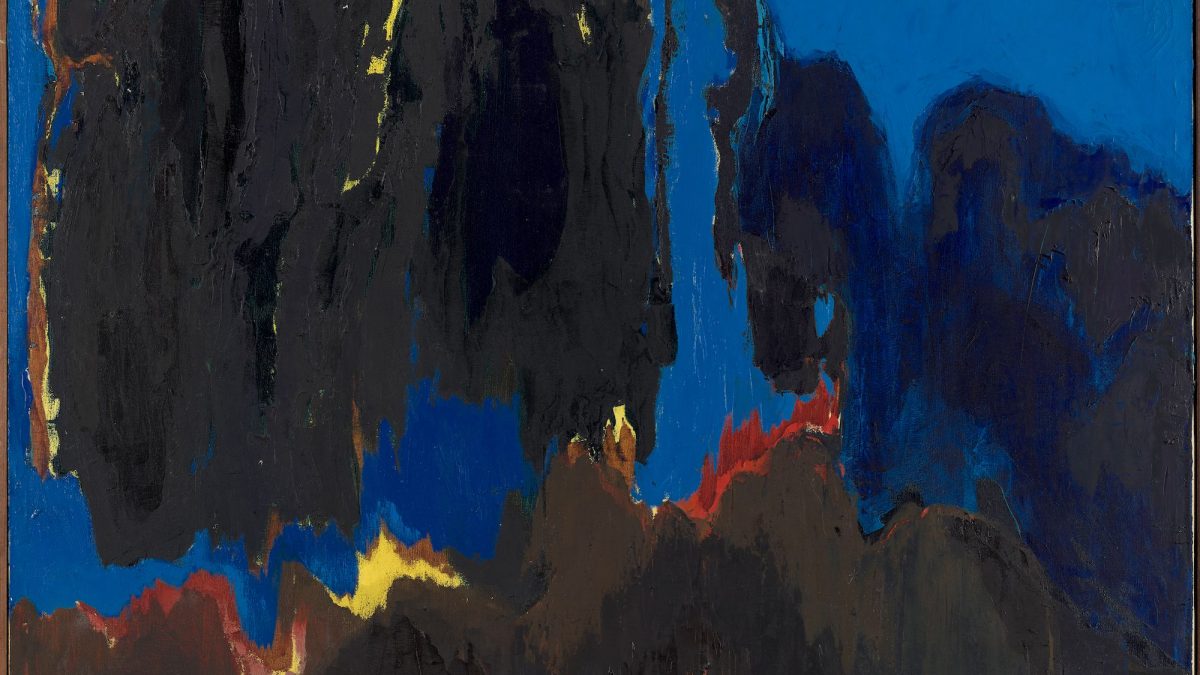 Bernice Bing, a Chinese American artist who was part of the lively Bay Area art scene of the late 1950s and 60s but never found widespread recognition, is finally getting her due in a show at the Asian Art Museum in San Francisco. Into View: Bernice Bing(until 26 June 2023) will likely be as important a revelation for most visitors as it was when curator Abby Chen first came across the artist’s work about a decade ago. She was working at the city’s Chinese Culture Center at the time and had heard of Bing but became especially intrigued after seeing Madeleine Lim’s documentary, The Worlds of Bernice Bing (2013).

Recently, the Bing estate offered some works to the museum and Chen jumped at the chance to acquire 24 of them, which were partly gifted and partly purchased. The exhibition, with its 20 paintings, traces an interrupted but persistent attempt to follow art’s calling—from the bold Abstract Expressionist works of her youth to her explorations of the female form, landscapes in ink on paper and her eventual return to pure abstraction.

Born in San Francisco in 1936, Bing became orphaned at age five, growing up in an orphanage and a series of foster homes. In 1955 she won a scholarship to the California College of Arts and Crafts (now California College of the Arts), where she studied with Richard Diebenkorn and Saburo Hasegawa. Hasegawa introduced her to Asian art and Zen philosophy, subjects Bing would incorporate into both her art and spiritual practice.

“At that time I knew almost nothing about Eastern art or thought,” she wrote in an artist statement in 1990. “I was totally naïve about my own cultural heritage. I was living in and reacting to parallel worlds—one, the rational, conscious world of the West; the other, the intuitive, unconscious world of the East. This duality caused me to explore the differences and samenesses in art forms.” Two years later she transferred to the San Francisco Art Institute, where she studied with Elmer Bischoff and Frank Lobdell, and earned her MFA in 1961.

That year she also had a North Beach studio, where she posed for a photo taken at ground level. The artist is stretched out, head propped up on her right arm and looking confidently into the camera. Her large canvases fill the background, including her abstracted version of Velázquez’s Las Meninas (1656). She was part of the Beat art scene, mingling with Joan Brown, Jay DeFeo and Carlos Villa. At the end of the year she had her first solo show, at the avant-garde Batman Gallery, but she was barely eking by financially, working odd jobs to support herself.

In 1962, Bing left the city and took a job as caretaker at a vineyard in the Mayacamas, a mountain range in northwestern California. It was the first time she had lived in a rural environment. “I was profoundly touched by this new world—nature and the changes of the seasons that I had suddenly discovered. So I did a series of landscapes which were very organic,” she said in a 1991 interview. One of the works she did while there is on display, Mayacamas IV (1963), an oil painting of a dark mound of a mountain on the right and undulating swatches of land all around its base. Although Bing sometimes sought the quiet of rural areas, she was also engaged with the times. “I had become very interested in Jung’s work,” she said in the 1991 interview. “I was impressed with his autobiography, Dreams, Memories and Reflections, and with his ideas about the collective unconscious, and his use of symbols. It was a time of change—the 1960s, the flower child movement.”

When she eventually returned to San Francisco, she became involved in community arts groups, and starting in 1980 she ran the South of Market Cultural Center (SOMArts) for several years. At the end of 1984 she had a chance to visit Korea, Japan and China on a Fulbright scholarship. She studied Chinese calligraphy at the Zhejiang Art Academy in Hangzhou, an experience which inspired further fusion of Eastern and Western elements in her abstract paintings.

After that trip she knew she wanted to concentrate on her own art again, and moved to the rural town of Philo, California. Bing worked until her final years. She died in 1998 at age 62, following a battle with lupus and hemochromatosis. Her bold triptych Epilogue (1990-95), six feet tall and 24ft wide—is from that late period. It is comprised of a series of vertical sections, with bundles of expressive, rather light-hearted painting throughout, then a rather mysterious patch of blue-black that spans the second and third panels. “She named it Epilogue because she was using this as a way to say goodbye,” Chen says. “It was kind of a summary of where she was at that time.”

The curator thinks Bing was excluded from post-war art history for several reasons, including being Chinese American and based on the West Coast. It may also be because Bing, like Carlos Villa—another Bay Area artist the museum recently featured—and Ruth Asawa, maintained art practices that were “intertwined with community work”, Chen says. The exhibition is part of the museum’s efforts to feature under-recognised Asian artists and proudly identifies Bing as Chinese American, a woman and a lesbian—though she was quite closeted in her time, and only those close to her knew her sexual identity.

Bing’s legacy would not be known today had it not been for a handful of determined friends who kept it alive and helped put her work in museums. Lenore Chinn is one; she started making a list of Bing’s works over the decades, partly from the artist’s inventory of slides. The late Mills College art history professor Moira Roth included Bing in her courses, and the Asian American Women Artists Association, a group Bing helped found, co-produced the documentary The Worlds of Bernice Bing.

To get to this juncture, says Chinn, “It has taken 24 years of unrelenting commitment among those of us who knew Bernice Bing and felt she deserved to be recognised for her contributions.”