Is this really the only portrait of William Shakespeare made in his lifetime? Since 2018, German photographer Tom Hegen (previously) has been soaring above regions from western Australia and Senegal to France and Spain as he documents the vivid landscapes of salt production. His mesmerizing aerial images peer down at evaporation ponds that carve the earth into a patchwork of vibrant hues. “What attracted me was the graphic and abstract appearance of these landscapes, which almost has a painterly quality. This is also the core feature that aerial photography has to offer: an unfamiliar few at ordinary things that surround us,” Hegen shares about the project.

Spanning nearly 300 pages, a forthcoming book titled Salt Works compiles more than 160 images from the series. Although their footprints vary widely, many of the areas spotlighted approach extraction in a similar manner: Harvesters often route seawater into these fields or small pockets of land, and the sun and wind help evaporate the liquid, leaving the crystalline minerals behind. Micro bacteria tint the salt into striking pastures of rose, aqua, and ochre, transforming the areas into rich tapestries of color.

Shop prints and posters from the series on Hegen’s site and pre-order Salt Works. Find more on Instagram and Behance. 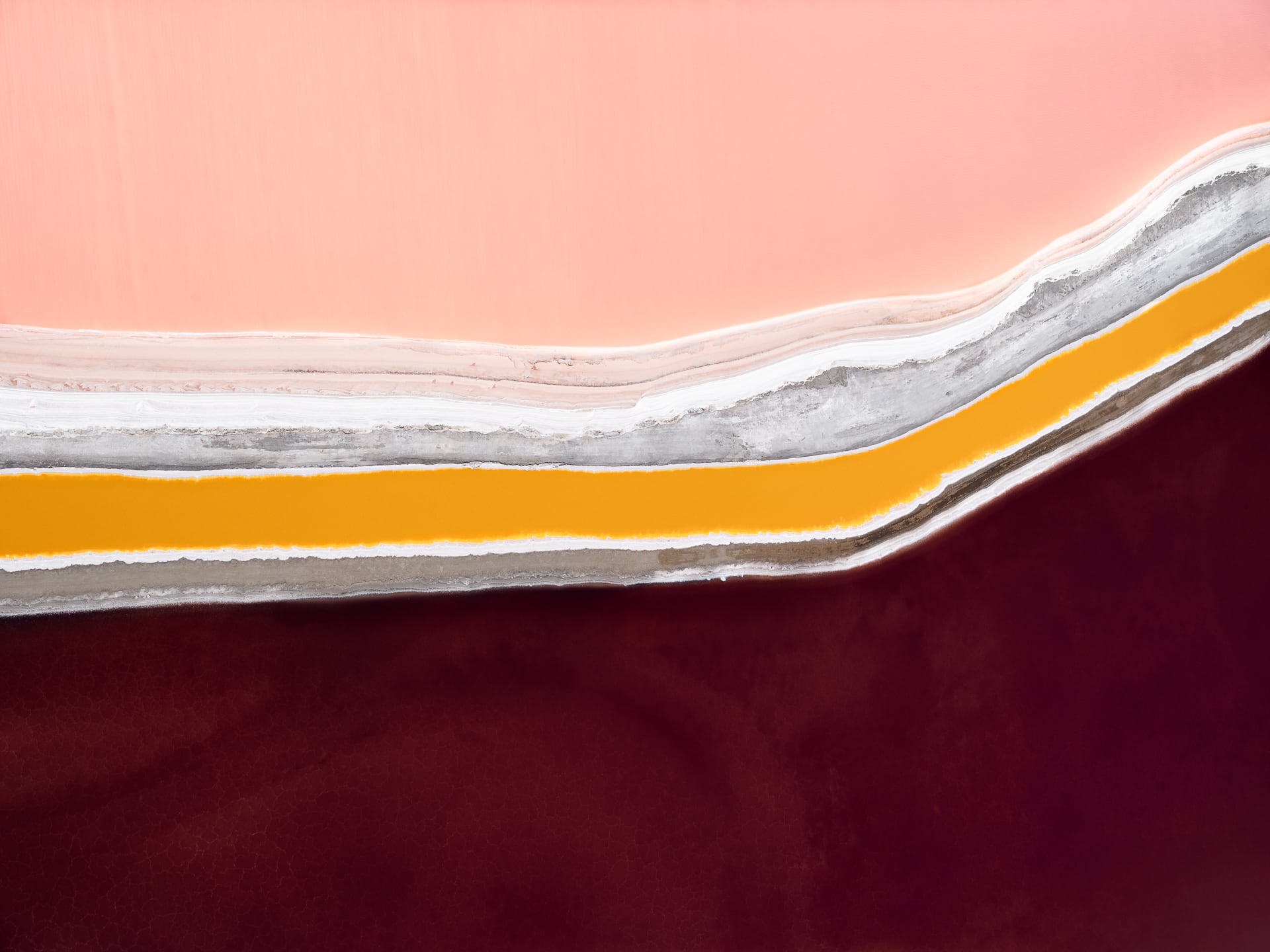 Aerial Shots That Demonstrate The Stark Divide Between Rich and Poor