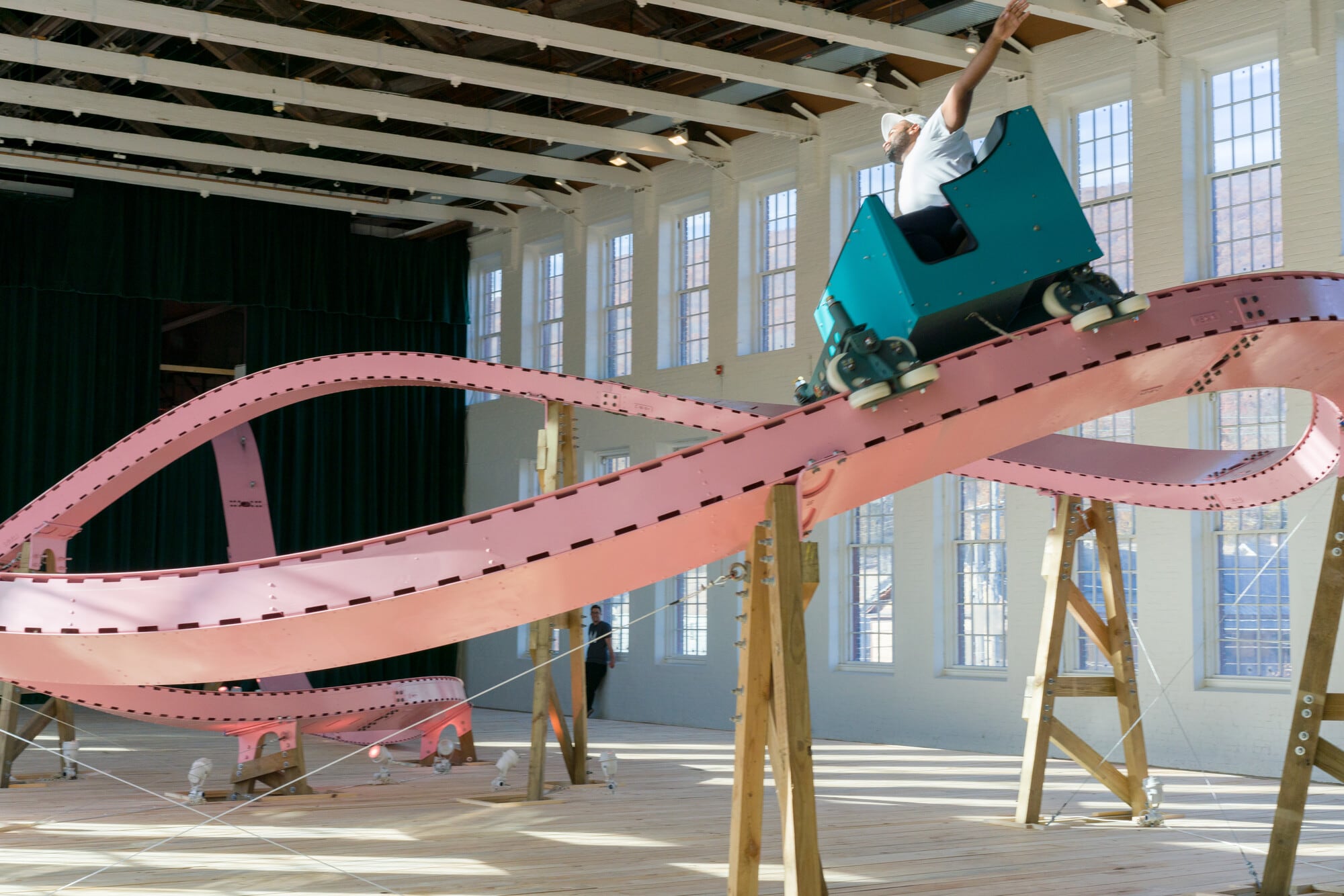 Throughout the Jim Crow era, Black people were often barred entry to recreation spaces like public swimming pools and amusement parks. As these sites of leisure and joy were officially desegregated following the landmark Brown vs. Board of Education case, those who continued to champion separation imposed new restrictions to control access to such areas. This included charging high fees to even enter the parks rather than smaller prices per ride, a practice that’s still widely in use today and has proliferated to other cultural arenas like museums.

Artist EJ Hill considers the racialized legacy of such entertainment through Brake Run Helix, the Los Angeles-based artist’s largest solo show to date and first at an institution. On view through January 2024 at the Massachusettes Museum of Contemporary Art, the exhibition revolves around the roller coaster as a way to excavate the history of identity, recreation, and pleasure. Through sculptures, installations, paintings, and smaller works, Hill considers the rides “public monuments to the possibility of attaining joy,” a feeling that is necessary for creating an equitable society.

The center of Brake Run Helix—this title references the mechanisms that slow or stop the cars and the 360-degree turn within the track—is a 260-foot bubblegum pink roller coaster. “Brava!” allows for a single rider, who emerges on a bright blue cart through a velvet curtain before plummeting a few feet and riding the undulating architecture through the Building 5 gallery. Hill sees these rides as a sort of solo performance by museum visitors, who are propelled by gravity around the course before halting on a wooden stage in front of viewers. “I’m no longer interested in being the one to perform for a ravenous audience who wants to either celebrate me or consume me,” the artist told The New York Times in reference to earlier projects that involved him standing or lying atop an artwork for long periods. “I’m making this elaborate stage for other people to perform while I collect myself and recharge.”

Hill’s manner of inhabiting the world as a Black, queer person is also reflected in the pastel pink that runs throughout the exhibition, considering the pigment is traditionally associated with the feminine. “I feel like I understand bodily threat in a very real way. Every day when I leave my place, the threat to my bodily existence is palpable,” he said in that same interview, sharing that the interactive installation is a way “to bring people as much as I can to understanding what that feels like, but in a space of joy, of being a human in the world.”

For more of Hill’s multi-disciplinary works, visit his site and Instagram. 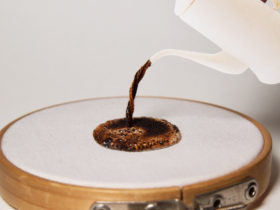