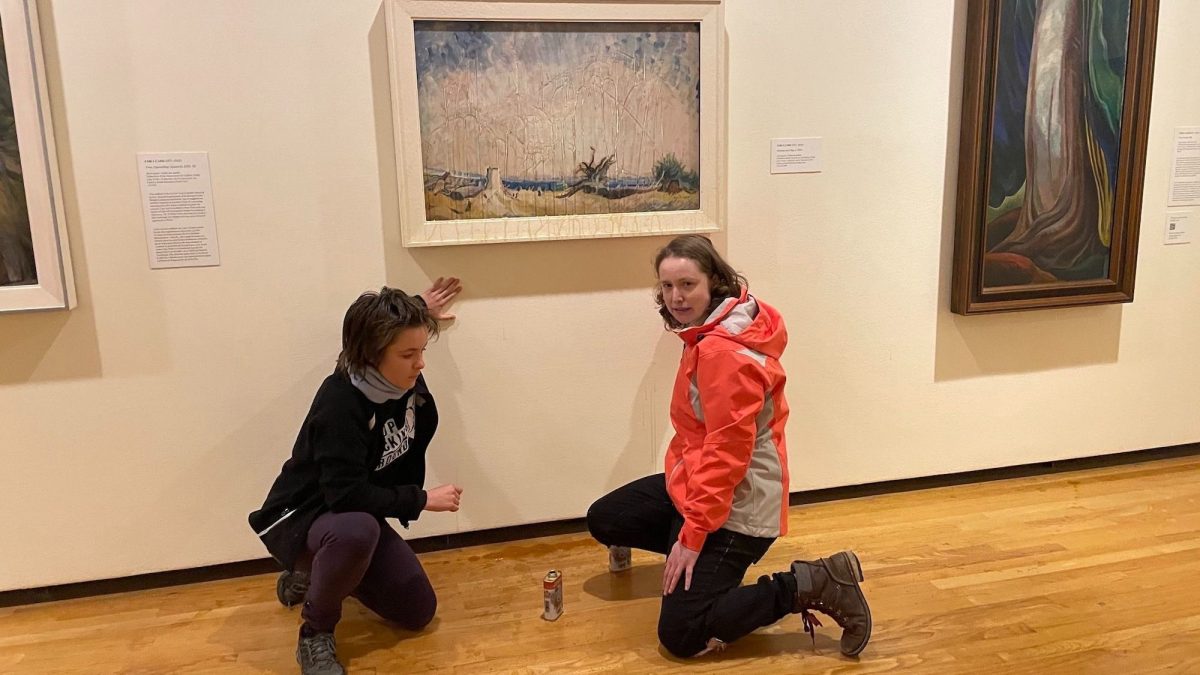 The Vancouver Art Gallery (VAG) joined the ranks of major museums whose collections have been targeted by climate activists, according to the Vancouver Police Department (VPD). On Saturday (12 November), the 19-year-old activist Erin Fletcher and a fellow member of the group Stop Fracking Around poured maple syrup on Emily Carr’s painting Stumps and Sky (1934) and then glued themselves to the wall. After gallery staff called the police, the VPD said the two women “posed for a third person who appeared to be taking pictures or video”.

In a press release, the group Stop Fracking Around wrote that the action was taken to “demand an end to the Coastal GasLink Pipeline on unceded Wet’suwet’en lands” and to bring attention to the drilling under the Wedzin Kwa River in northern British Columbia. The Coastal GasLink Pipeline project, which is currently under construction from Dawson Creek to Kitimat on British Columbia’s north coast, has a history of controversy and protest. In early 2020, nationwide protests and blockades took place in solidarity with the Wet’suwet’en First Nation hereditary chiefs who oppose the project.

“We are taking this action following Remembrance Day [11 November] to remind ourselves of the countless deaths that took place, and will continue to take place, due to the greed, corruption and incompetence of our leaders,” Fletcher said in a statement, adding that “the Wet’suwet’en nation has made it very clear that they do not want this pipeline on their unceded lands”.

A police spokesperson said VPD are familiar with the two activists and will conduct a full investigation, but that no arrests have been made at this time.

Anthony Kiendl, the director and chief executive of the VAG—which owns the largest and most significant group of paintings and works on paper by Emily Carr in the world—said that there was no permanent damage done to Stumps and Sky but that the gallery “condemns acts of vandalism towards the works of cultural significance in our care, or in any museum”. 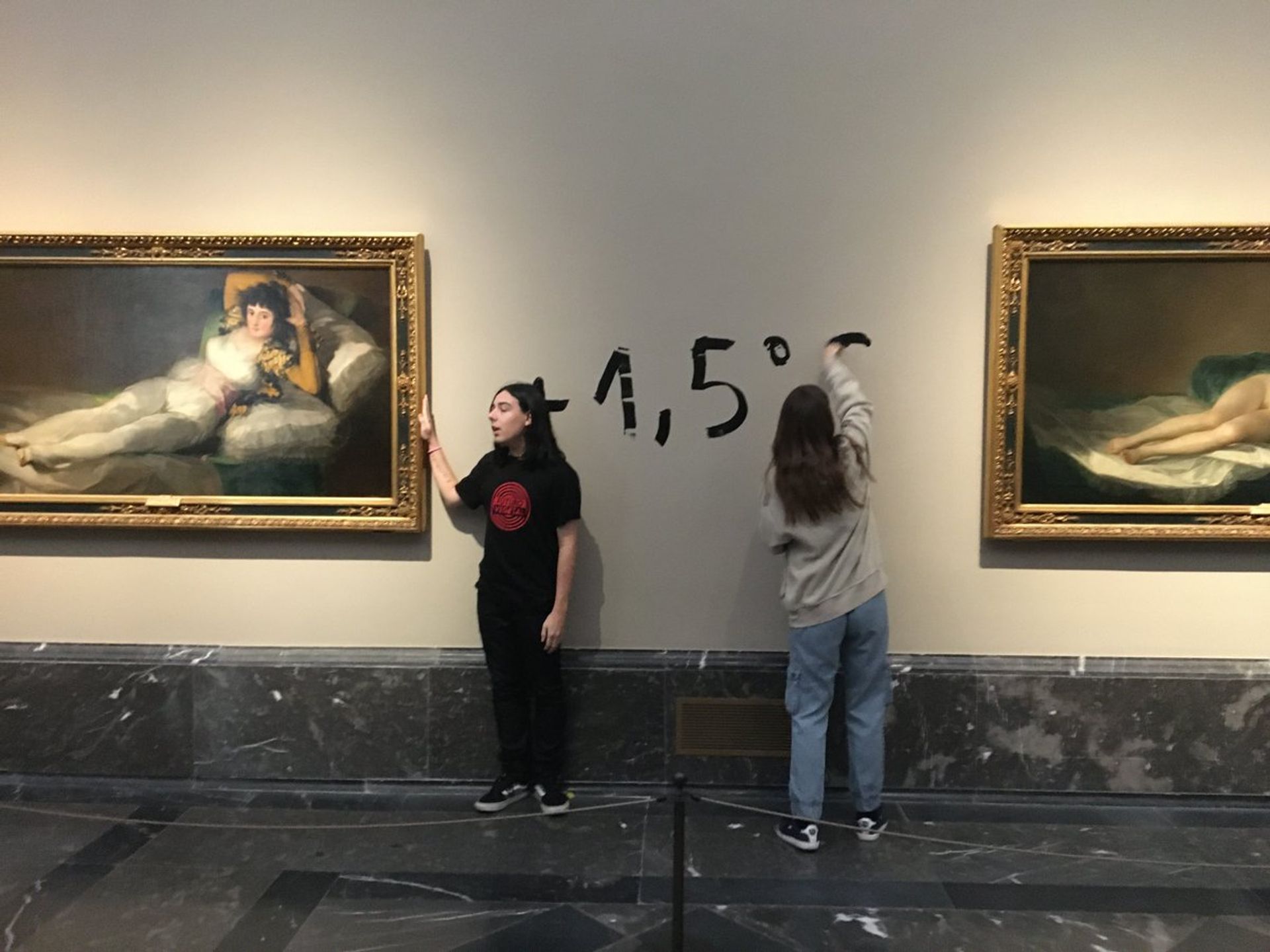 Following attacks on masterpieces in Italy and Spain, are eco activists winning the argument?

“A central part of our mission is to make safer spaces for communication and ideas,” he added. “We do support the free expression of ideas, but not at the expense of suppressing the ideas and artistic expressions of others, or otherwise inhibiting people from access to those ideas.”

The oil-on-woven-paper work, part of the gallery’s permanent collection, depicts the aftermath of a clearcut, a poignant target for climate activists. It is part of a series the iconic Canadian painter made in the last decade of her career as her own kind of protest against industrial destruction of the environment and its impact on Indigenous peoples. At the time, her works shifted from depictions of lush forests to ravaged landscapes.