The five year warranty on the Salvator Mundi by Leonardo is about to run out—could the buyer have asked for their money back? 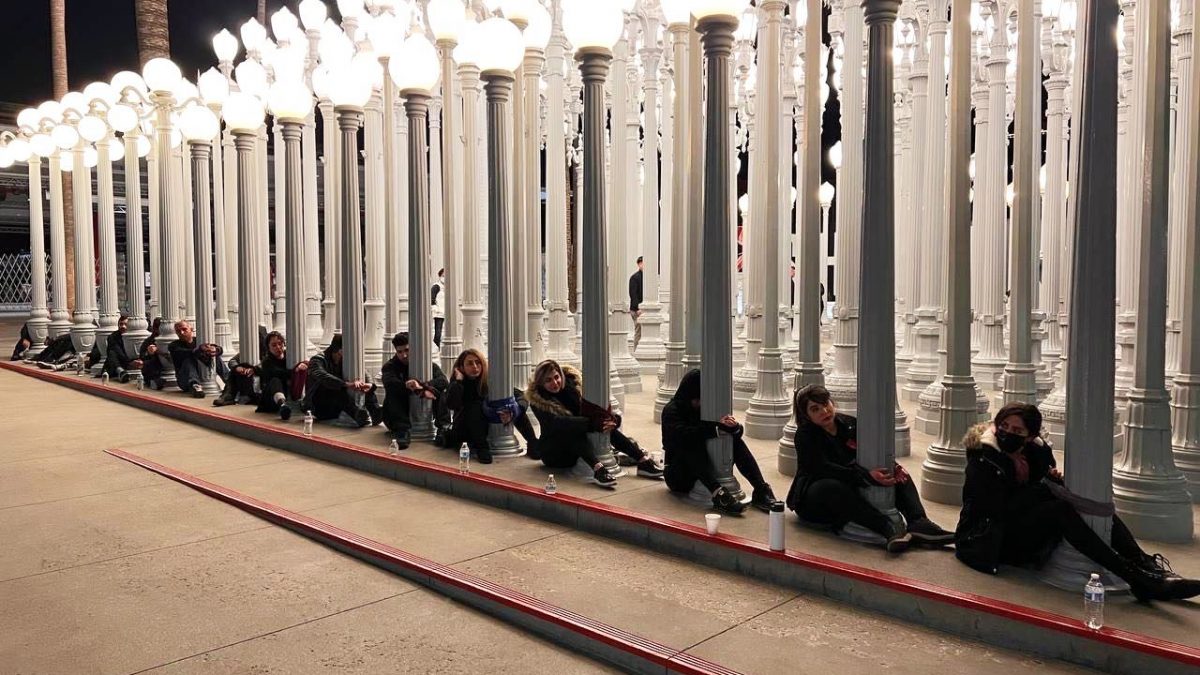 An artist leading a mass protest staged last week at the Los Angeles County Museum of Art (Lacma) says that the action marked more than 40 days since a massacre in Zahedan, southeastern Iran, when security forces reportedly killed around 96 people.

Mediseh Bathaie led the group of Iranian artists and scientists who handcuffed themselves to Chris Burden’s celebrated Urban Light (2008) installation located at the Wilshire Boulevard entrance of Lacma. The group distributed leaflets stating that “a revolution is happening in the streets of Iran and the Islamic Republic is violently trying to silence freedom workers”.

The protest again puts the spotlight on human rights abuses in Iran following the death of Mahsa Amini in September. Amini died in an Iranian hospital after being detained by the regime’s morality police for allegedly not complying with the country’s hijab regulations. Her death sparked ongoing mass protests in Tehran and cities across Iran as well as protests across the globe.

On 30 September, a group of demonstrators protested outside a police station in Zahedan demanding accountability for the rape of a 15-year-old girl, according to Hyperallergic.

“The [Lacma] intervention marked the 40th day of [the death of] Khodanoor Lejei, a Sunni Baloch citizen who was shot during the Zahedan massacre known as Bloody Friday. Khodanoor was rushed into the hospital with a kidney injury and massive internal bleeding but the security forces prevented him from receiving the medical care he needed,” Bathaie tells The Art Newspaper.

A few months before his death, Lejei was arrested by the regime, Bathaie claims. “After torturing him, they tied him to a flagpole, wounded and bleeding, and when he asked for water they put it far away from his reach,” she says. A video released by the Lacma protest group showed Lejei dancing, which is “intended to show his liberation”, Bathaie adds.

The performance at Lacma also honoured Faezeh Barahouei, a university student who protested the rape of the 15-year-old girl. According to the leaflet distributed by the protestors: “Faezeh is thought of as one of the ‘faceless women’ of Baluchestan [province] who was fighting for justice before anyone else had known the full scope of what had happened.” The Revolutionary Court of Zahedan has sentenced Barahouei to three years and six months in prison, according to the website for the NCRI Women’s Committee.