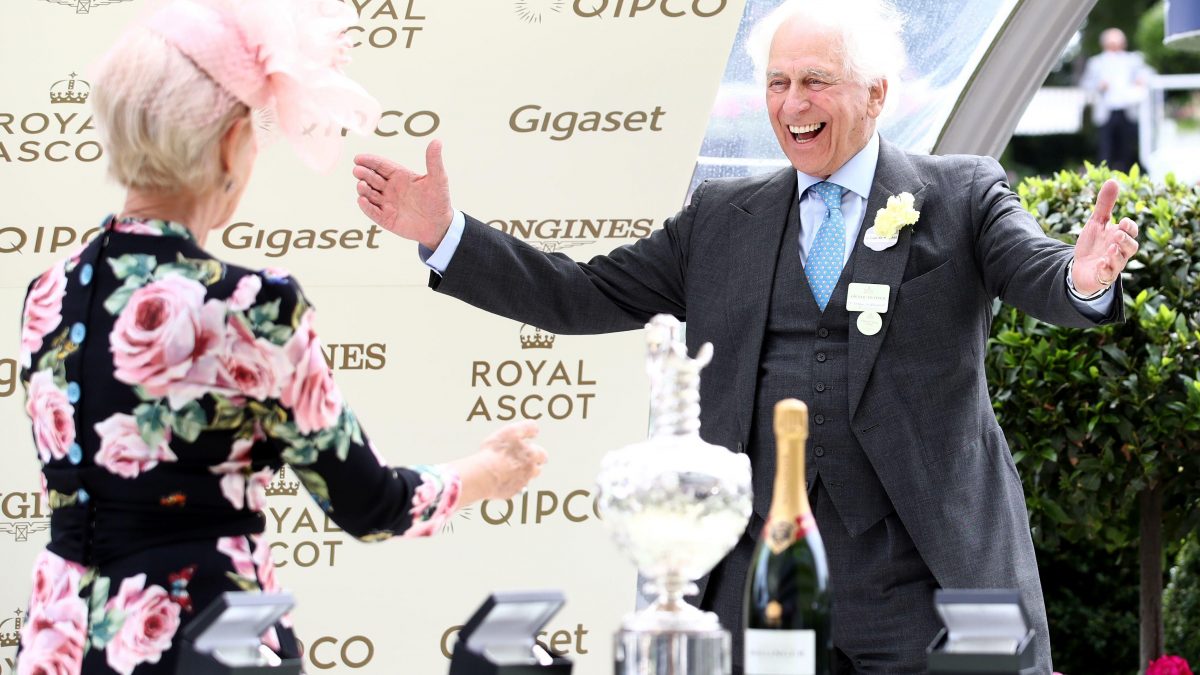 The British financier Evelyn de Rothschild, who oversaw the expansion and reorganisation of his family’s historic banking business, has died, aged 91. He was heir to one of the finest art collections in Britain, a noted collector of contemporary art, and a philanthropist who supported arts, health and social organisations

Rothschild was, for three decades, a leading figure in the City of London. He was the chief executive and chairman of the investment bank NM Rothschild, the successor firm to the British branch of the banking house founded by his great great grandfather Nathan Mayer Rothschild in 1798. He played a prominent role in the 1980s programme of privatisation of Britain’s national utilities—including British Telecom and British Gas—led by the government of Margaret Thatcher. He was later also closely connected with the government of Tony Blair and was a long-standing financial adviser to the late Queen Elizabeth II, with whom he shared a great love of horse racing.

Rothschild was born in London in 1931, the son of Anthony de Rothschild (1887-1961), a senior partner of NM Rothschild for many years, and of Yvonne Cahen d’Anvers, a member of another great Jewish dynasty of bankers and art collectors, whose aunts Alice, Elisabeth and Irène Cahen d’Anvers were the subjects of celebrated portraits by Pierre-Auguste Renoir. Evelyn’s childhood life was divided between a house in Hill Street, Mayfair, and Ascott, in Buckinghamshire, which one of a group of late 19th-century Rothschild mansions in the county. Two other noted treasure houses include Mentmore—whose contents were sold by Sotheby’s in May 1977 in a headline-making ten-day sale for Evelyn’s second cousin, the 7th Earl of Rosebery—and Waddesdon, where Evelyn’s second cousin once removed Jacob, 4th Lord Rothschild, the noted patron of the arts, is the presiding figure.

With the rise to power of the Nazi party in Germany, and the introduction of anti-Jewish laws in that country, Anthony and Yvonne de Rothschild were among the founders of the Central British Fund for German Jewry, created to provide emergency relief to persecuted people in Germany. The Central British Fund is estimated to have rescued 65,000 people from Europe in the 1930s and 1940s, including 10,000 through the Kindertransport. In 1940, with the threat of German invasion at its greatest, Evelyn and his elder sisters were sent for a period of time to the US, where Evelyn’s first job was running a soda fountain in the local drugstore on Long Island (encouraging a lifelong sweet tooth which led him, late in life, to set up his own-brand R Chocolate shops in London with his daughter Jessica). On his return, Evelyn was educated at Harrow School and at Trinity College, Cambridge, and did national service before joining NM Rothschild at the age of 26.

In 1967, Rothschild created the Eranda Rothschild Foundation to support social welfare, promote the arts and to encourage research into medicine and education. It has given away over £70m to date. Art world institutions that have been supported in recent years by the foundation include the Photographers’ Gallery in London, for a project to provide free school workshops to introduce disadvantaged children and young people to the principles of photography; the Los Angeles County Museum of Art (LACMA) for an initiative to make film more central to the museum’s curatorial programming; the Lowry Centre Trust; and the Milton Keynes Gallery.

After retiring from NM Rothschild in 2003, Rothschild set up an investment company, EL Rothschild, with his third wife, Lynn Forester, a prominent US telecoms entrepreneur and political donor, and chairman of the board for the American Patrons of the Tate Gallery.They retained a shareholding in The Economist magazine, where Evelyn had been chairperson from 1972 to 1989. A former editor of The Economist, Andrew Knight, recounted this week how Evelyn de Rothschild remained entirely hands off, even when the magazine sided with his cousin Jacob Rothschild in its coverage of a very public falling out between the two men in the 1970s—as Knight described it, “the most notorious bank-family split in City of London history”—over the future of NM Rothschild and the use of the Rothschild name.

Over the last 20 years, Evelyn and Lynn built up a collection of Modern and contemporary art, much of it for a London house—formerly the studio of the portrait painter John Singer Sargent—including pieces by Luc Tuymans, Bill Viola, Donald Judd, Cy Twombly and Barbara Hepworth.

The London house offered Evelyn the chance to create a collection from scratch, he told W Magazine in 2008, after he had been “brought up in some ‘very conventional’ rooms filled with great art and objects”. “When you inherit, you’re very lucky to have a wonderful backdrop of art,” he added. “But you sometimes want to add to it, and you can’t, because it’s complete and there’s nothing you can really do except preserve it.”

Those rooms and that great art were at Ascott, where Anthony de Rothschild had added to a collection noted for its English furniture and paintings, Dutch and Flemish paintings, Old Masters and Chinese porcelain, and where the star canvases include Andrea Del Sarto’s The ‘Fries’ Madonna (1520-21); swagger portraits by Thomas Gainsborough; George Stubbs’s Five Brood Mares at the Duke of Cumberland’s Stud Farm (1765); and JMW Turner’s Cicero at his Villa in Tusculum. Anthony had given Ascott, part of its estate and some of the art collection to the National Trust, in 1949. The house and gardens are open to the public, but Evelyn and his family continued to live at Ascott and the remainder of the collection and estate remained in his possession.

A strong sense of family history and heritage

Evelyn de Rothschild had a strong sense of family history and heritage and of the annals of the City of London. He was a supporter of the Rothschilds Archive, donating many papers relating to his own business and public career to it, and commissioning the leading historian Niall Ferguson to write the first comprehensive history of the London banking house, The World’s Banker: the History of the House of Rothschild (1998) to mark the bicentenary of the bank’s founding. Rothschild was also the mastermind of a bicentenary exhibition, The Life and Times of NMR, 1777-1836 at the Museum of London(1998).

Rothschild was deeply involved in fundraising for the new Evelina Hospital for children, part of the St Thomas’s Hospital complex on the south bank of the river Thames, which opened in 2005. It was a project that united his enthusiasms for family history, health provision and charitable giving.

His giving was invested with personal, familial, commitment and with an attention to detail and social benefit worthy of the Rothschild tradition for philanthropy dating back more than two centuries.

The original Evelina Hospital, in south London, had been built in 1869 in memory of his great aunt Evelina de Rothschild, following her early death in childbirth. She had been, Evelyn said in 2005, a regular hospital visitor with her mother, remembered in the family as a “bouncy, friendly soul”. The 2005 building, designed by Hopkins Architects, was conceived to do for healthcare what its Thames-side neighbour Tate Modern had done for art galleries: to reverse expectations. The Tate Modern had recently taken the fear (and potential ennui) out of art by placing it in an unfamiliar scale, in an ex-industrial context. The Evelina was designed to take the fear (and ever-threatening ennui) out of hospital care for children by placing it in a friendly, almost tactile environment—with a teaching area, a sun-filled atrium, colour-coded floors, and even a helter-skelter.

The building cost £60m—with £50m provided by the Guy’s and St Thomas’ Charity, and £10m from the NHS—and its state-of-the-art equipment was funded by the £10m Evelina Children’s Hospital Appeal. Evelyn, president of the appeal, and his cousin Jacob—with whom he had been happily and publicly reconciled—both gave substantially to the appeal.

Evelyn once remarked that charitable giving, through his foundation, was a business. But to witness him in action at the public unveiling of the Evelina in 2005—engaged, at ease, approachable, au fait with every detail of the building’s planning and the state-of-the-art medical equipment—was to see how much his giving was invested with personal commitment and with an attention to detail and social benefit worthy of the Rothschild tradition for philanthropy dating back more than two centuries.