LVMH and Gagosian: why the rumour of a buy out makes sense, even if it isn’t true 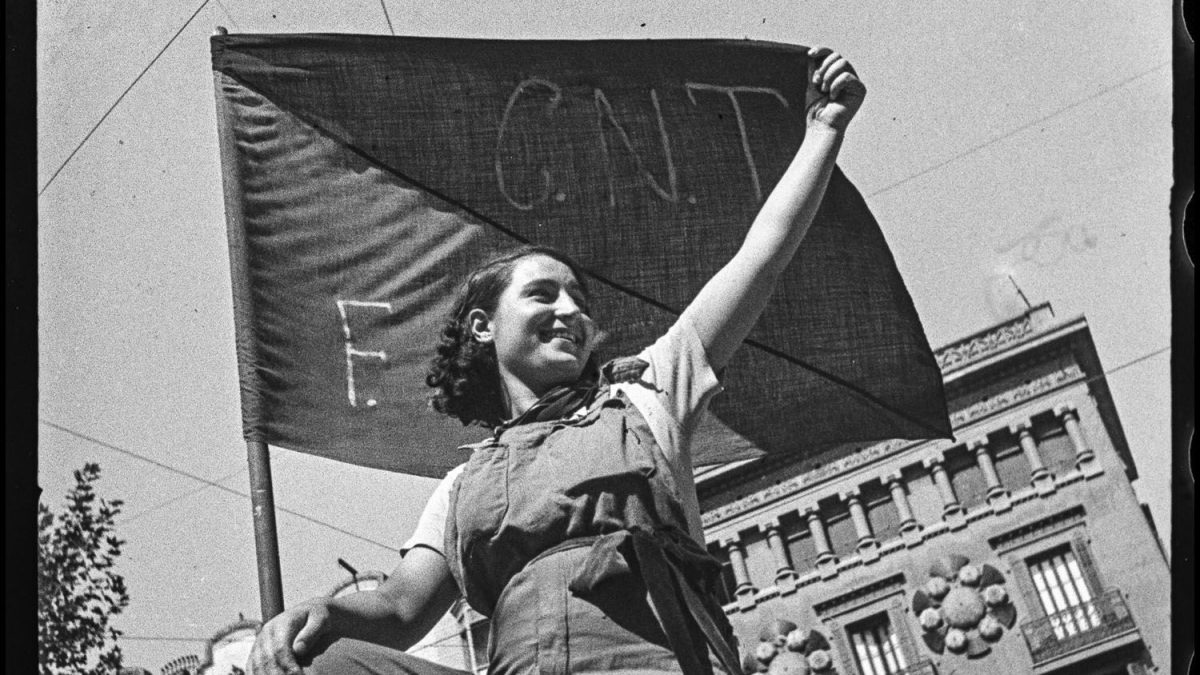 In 2018, the family of photographer Antoni Campana stumbled across a couple of red boxes hidden away in his garage which contained nearly 5,000 images of the Spanish Civil War. Born in Arbucies in 1905, the Catalan artist had received several awards for his work but had for decades hidden the glass plates, copies and negatives he made in Barcelona between 1935-40. Showing scenes from an everyday life which included young Republicans parading down Diagonal in 1936 and Third Reich soldiers in the same spot in 1939, some of these images had been used by the Republican side early on. After Franco came to power, Campana either didn’t want to provide propaganda for the other side, or knew it would be too dangerous for him to share.

The work is now on show at Paris Photo (until 13 November) at the booth of Barcelona-based Galeria RocioSantaCruz. Established in 1997, Paris Photo is the most prestigious international art fair devoted to photography; 25 years later, it now poses some interesting questions for a fast-evolving medium. One gallerist says that there were few 19th-century prints in the fair this year, speculating this is because collectors and museums have already bought them all. New discoveries such as Campana’s red boxes only turn up every once in a while and meanwhile in Curiosa, the section devoted to emerging photographers, some contemporary artists are as comfortable on-screen as they are in prints.

Take Suburban Hauntology, an installation by artist Arash Hanaei and curator Morad Montazami. Pertaining to utopian architecture from the 1960s-70s and the metaverse, it is “a hybrid and immersive installation” which includes digital drawings, a hologram, two videos and a virtual chess game between Mark Zuckerberg and the radical late British philosopher Mark Fischer. Hanaei and Montazami were the first duo to win the BMW Art Makers programme, which supports emerging artist and curators experimenting with contemporary image-making and installation —works which, perhaps, aren’t so easy to sell as prints. One of the questions Hanaei and Montazami’s piece poses is what it means to live in the 21st century, with high resolution screens and the internet.

Galerie Number 8 suggests different twist. The gallery is “based online”, founder Marie Gomis-Trezise says, though it pops up at art fairs such as Paris Photo. It represents a “globally diverse roster of emerging artists in photography and mixed media”, and is showing prints by David Uzochukwu. A fast-emerging Austrian-Nigerian photographer, Uzochukwu built up a community online and was included in the show Flickr, 20 Under 20 in 2014, curated by the Vogue photo director Ivan Shaw at Milk Studios, New York. His work will soon go on show at the respected Rencontres de Bamako in Mali in December, was included in the widely touring exhibition The New Black Vanguard, and was also featured in the catalogue for In the Black Fantastic, Ekow Eshun’s must-see exhibition at the Hayward Gallery this summer. Uzochukwu is still only 23.

In Galerie Number 8’s case, digital distribution suggests ways in which the internet can open access to a wider canon of artists. Back in the main fair, a new proposition called Fellowship is “championing the future of photography” by selling NFTs alongside prints. Fellowship’s advisory board includes Darius Himes, head of international photography at Christie’s, and its roster includes big names, including August Sander and Guy Bourdin, both of whose work is shown at the fair. It also represents Magnum Photos members such as Christopher Anderson, Jim Goldberg, and Cristina de Middel. Fellowship supports new image-makers too though, and in Paris Photo it was also presenting Omani-Bahrani visual artist Eman Ali’s series The Earth Would Die If the Sun Stopped Kissing Her (2022).

But perhaps screens are a red herring, because photography has always been a nebulous medium with many lives outside art prints. Goodman Gallery is exhibiting Alfredo Jaar’s Gold in the Morning, for example, a series of images shot in the Serra Pelada opencast mine in Brazil in 1985; Jaar originally took over all the billboards in New York’s Spring Street subway station to show this work, pairing the images with contemporary gold prices to bring commuters—many of them on their way to Wall Street—face to face with the precarious lives of the miners. Taking it out of the underground, Jaar presented these images as a series of lightboxes as a reference to the glossy world of advertising.

And ultimately, photography has always been a new media. New York gallery Hans P Kraus Jr. Inc is showing the 1846 salt print of William Henry Fox Talbot’s A Fruit Piece (1845) in Paris, the final illustration for his ground-breaking publication The Pencil of Nature, which was first to illustrate the potential of the new medium of photography. Nearly two centuries later, it remains powerful, perhaps even more so, to see the ever-the once-exotic pineapple still perfectly preserved on paper.