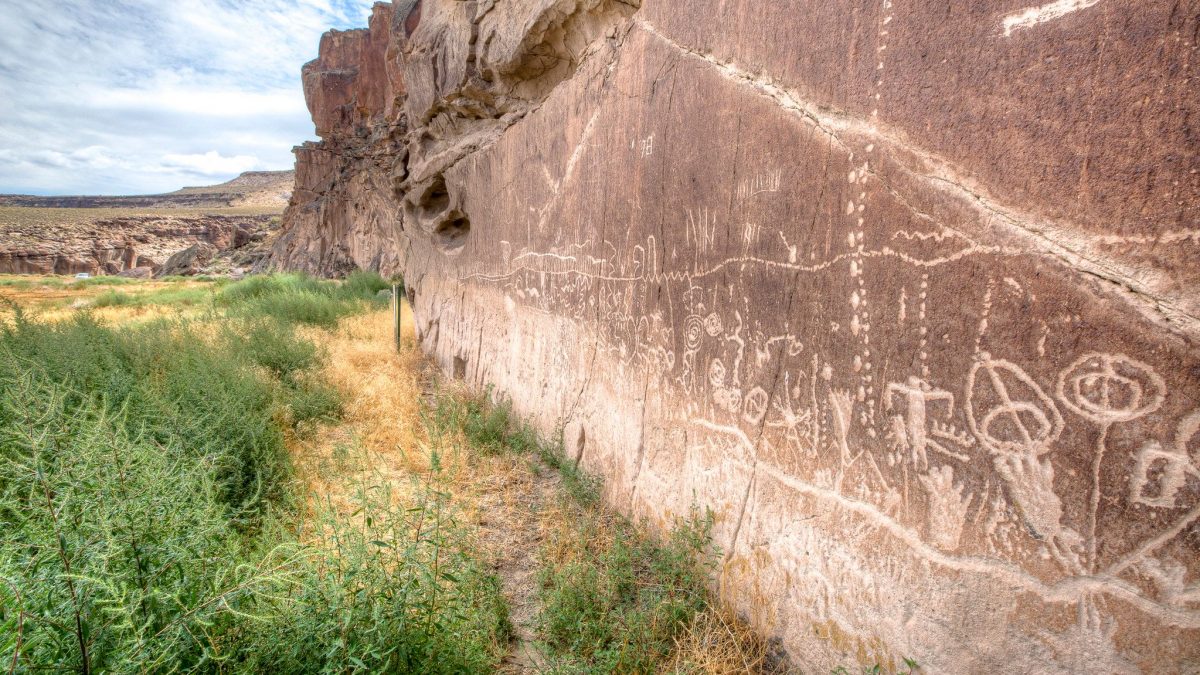 Graffiti enthusiasts who severely defaced a petroglyph amphitheater known as the White River Narrows, a site that houses one of the largest concentrations of prehistoric rock art in the state of Nevada, were handed prison sentences for violating the Archeological Resources Protection Act, a US statute that aims to enforce penalties for the vandalism or looting of archaeological sites on public lands.

Jonathon Pavon was sentenced to a year and a day in prison, pleading guilty in June this year to a misdemeanor conspiracy charge and a felony violation of the act. Pavon made one of the most offensive marks on the site, spray-painting an approximately 20ft-long image of his tagger name “Cluer” on a rock panel. Daniel Plata, who was sentenced to four months in prison and eight months of home confinement, painted smaller “Velor” monikers throughout the site.

The White River Narrows, which is listed in the National Register of Historic Places, is famous for its winding rhyolite canyons and vast petroglyph galleries, which are found across 4,000 acres of the Basin and Range National Monument, around two hours north of Las Vegas. The art dates from the 4th millennium BC to the 19th century, when European settlers came to the area.

The two main rock art styles present on the site are associated with hunter-gatherers of the Great Basin and with the Fremont culture, which was active between 2,000 and 850 years ago. The petroglyphs are distinctive for their highly stylised and complex depictions of animals and people, as well as abstract designs like spirals and waves that archaeologists speculate were related to the supernatural and shamanic traditions.

Both men are residents of Elko, Nevada, and were sentenced on 4 November, having committed the crimes sometime between 14 September and 8 October 2019. The case was investigated by the Bureau of Land Management (BLM) and seeks to make an example of perpetrators, as legal penalties for the vandalism of prehistoric sites are seldom or lightly enforced.

“No restitution or repair can undo the damage done by those who would vandalise such a sacred and historical site as the White River Narrows, but this ruling demonstrates that such crimes will not be met with a slap on the wrist,” Jason M. Frierson, the US attorney for the district of Nevada, said in a statement. “Our office will continue to work to ensure that anyone who desecrates sacred tribal lands and artefacts are held accountable.”