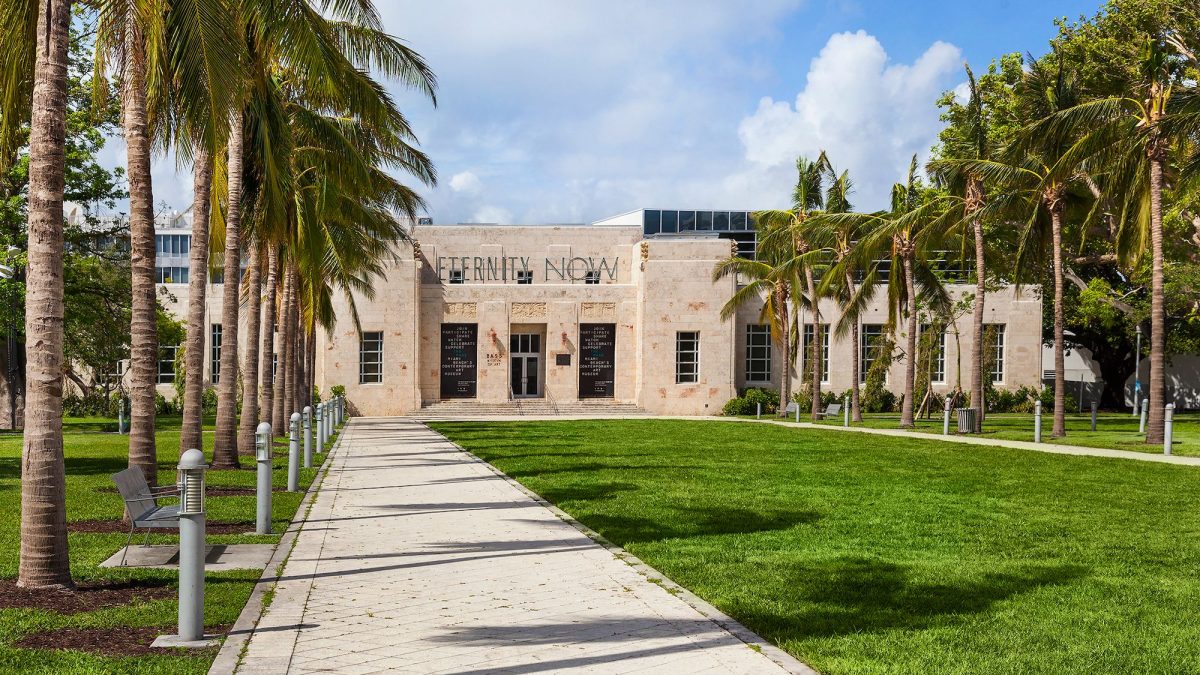 The Bass art museum in Miami Beach will receive $20.1m in city-issued funds—a once-a-lifetime backing given as part of a municipal bond that voters authorised in the US midterm elections on Tuesday (8 November). The general-obligation (GO) bond, which totals $159m, is intended to support local, city-owned arts and culture facilities and will benefit 15 additional organisations, including the Miami Beach Hispanic Community Center and Florida International University’s Wolfsonian Museum and Jewish Museum of Florida.

The Bass, which has an annual operating budget of around $4.5m, will use the funds to add a new wing to its building for additional exhibition space. The project will mark the museum’s third major expansion in two decades, following one in 2001 that added 16,000 sq. ft to the original Art Deco structure, and one in 2015 that increased programmable space by almost 50%. The new wing will tack on between 6,000 sq. ft to 8,000 sq. ft of galleries.

“It’s going to be really transformational in how we serve our public and how we can best carry out our mission,” says Silvia Karman Cubiñá, executive director of The Bass. “ We do a lot of site-specific programmes, so we’re looking to build a space that is extremely flexible to artists, that will allow for sculptural projects, but also point to our recent exploration into art and technology.”

The new wing will also enable the museum to free up space in its main gallery to showcase its permanent collection, the bulk of which often remains in storage to accommodate temporary shows. “We have a really active collecting acquisition programme, and we’ve been able to show it sporadically, but not in its entirety, until Covid hit,” Cubiñá says. “We realised how it was really benefiting the institution.”

The Miami Beach City Commission selected the bond-funded projects after receiving recommendations from an oversight committee, which looked at four criteria: public benefit, long-term return on investment, quality of life enhancements and citywide impact. “The commission and the mayor gathered everyone and asked us to dream, and we did,” Cubiñá says. “The conversation started with, ‘If we were to give you funds that were significant, and that were once-in-a-generation transformative, what would you do?’ That allowed us to speak to our stakeholders and say, ‘How can we really enhance the way we do business and carry out our missions?’

“This is really a city-wide initiative,” she adds. “It’s transformational for the entire city, which really prides itself as an epicentre of culture.”

The museum will begin the process of drawing up construction plans for the project, which is yet to name an architect. It has given itself a three-year timeline to build and open the new southwest wing.