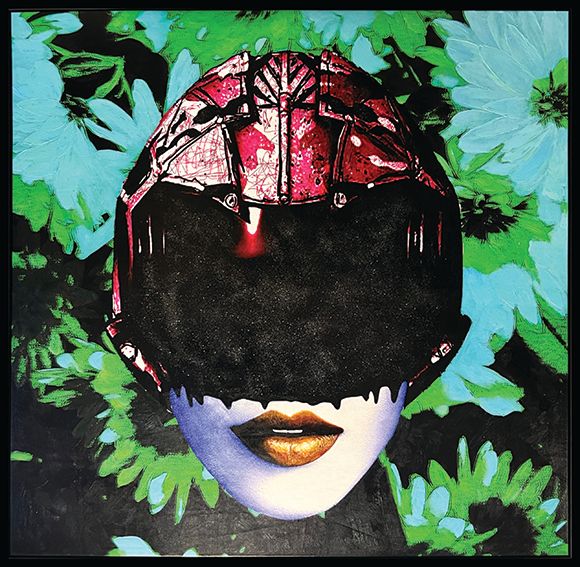 He’s a firestarter and likes art, hey, hey, hey… Maxim (aka Keith Andrew Palmer), the vocalist for the British group The Prodigy, has put paint to canvas for a show of works at Miart Gallery in London (Infinite Drama, until 7 November).

The Prodigy dominated the charts in the 1990s with songs such as Firestarter and Smack My Bitch Up. But Maxim’s works are all about spreading the love. According to a press statement, the “ethos of promoting love and equality is reflected in some of Maxim’s other artwork, which carries a strong sense of the toxic injustice that continues to permeate society.”

It’s not all about the art, though; he also composed the soundtrack for an NFT based on his paintings of Little Red Riding Hood and the Wolf. Incidentally, Maxim’s favourite artist is Hieronymus Bosch.