The Big Review: Just Above Midtown at the Museum of Modern Art ★★★★★ 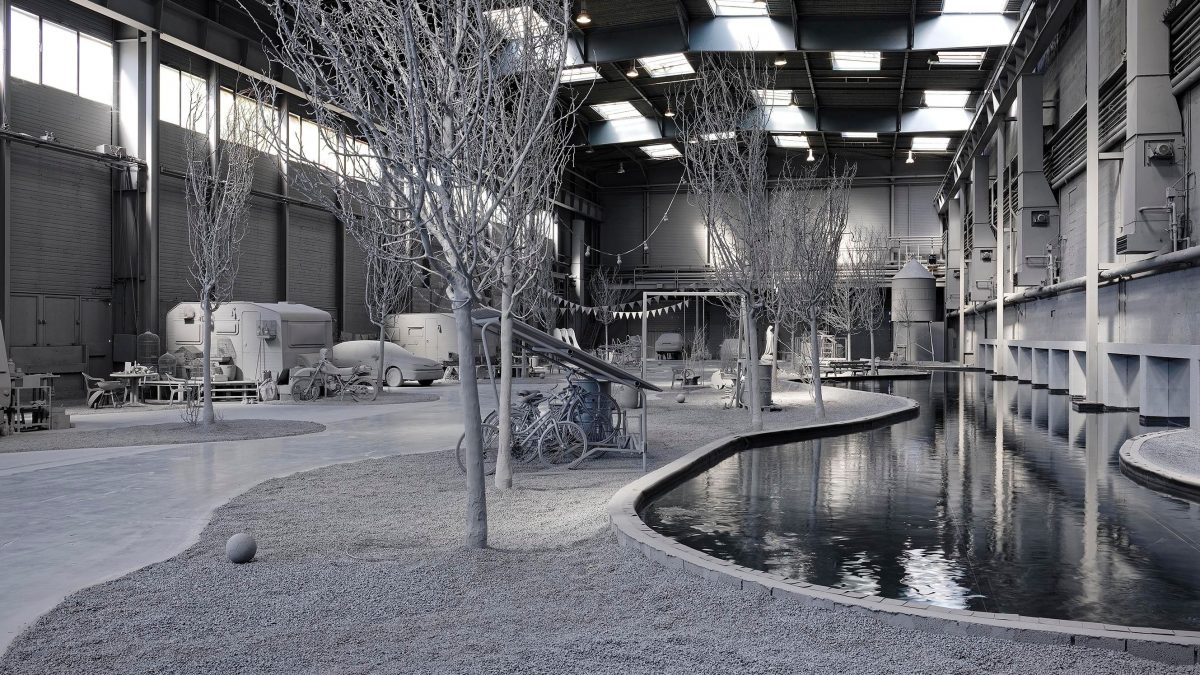 The Lyon Biennale has returned after a three-year hiatus in the wake of the Covid-19 pandemic. The two curators—Sam Bardaouil and Till Fellrath, co-directors of the Hamburger Bahnhof, Museum für Gegenwartskunst in Berlin—organised the show mainly via Zoom. The title of the biennale, Manifesto of Fragility (until 31 December), is directly derived from these sessions, drawing on the feelings of the curators and participants.

For this edition, Bardaouil and Fellrath not only wanted to welcome artists but also to focus on local aspects of the city. Alongside the exhibitions, the curators have identified a number of places of interest in Lyon that they hope visitors will discover, including Rue de la Quarantaine, Poste Antonin Poncet and the Loyasse cemetery. It is therefore not surprising that the event ventures this year as far as the hill of Fourvière, in the shadow of the famous Basilica of Notre-Dame de Fourvière.

The exhibition at Musée de Fourvière, usually the home to religious art, presents fragments of technological devices as well as minerals that seem to come straight out of a natural history museum, as in Julian Charrière’s Metamorphism (2016). Another key work on show is Wunderwelten (2022), a three-channel video by Mali Arun centred on an amusement park. Meanwhile, the surroundings remind visitors of Lyon’s prestigious Roman past. Using such settings, Filwa Nazer has suspended his textile works above Roman mosaics.

The journey through the city continues via the history museum of Lyon-Gadagne, forging further links with the city’s past. Hannah Weinberger presents a sound work in the museum’s Renaissance courtyard, the largest in Lyon, while other artists—Léo Fourdrinier, Kim Simonsson, Zhang Yunyao—exhibit in the small rooms dating from the 16th century. Jean Claracq and Giulia Andreani have scattered their paintings in the Gallo-Roman Museum’s 1975 Brutalist building, designed by Bernard Zehrfuss.

One of the core events is at the Fagor Factory, a vast industrial wasteland. Bardaouil and Fellrath have designed a structured route in scenography inspired by construction site scaffolding. Here too, the link with the past is significant, from the sculptures drawn from the collection of the Musée des Moulages-Université Lumière Lyon 2 to the paintings from the collections of the Musée des Hospices Civils de Lyon, with canvases after Raphael (The Marriage of the Virgin, 1504) and Rubens (The Descent from the Cross, 1612-14) and a sarcophagus in the collections of Lugdunum-Museum and Roman Theatre.

Artists have also turned to the history of art. Joana Hadjithomas and Khalil Joreige present their video Where is my mind? (2020) featuring carved stone heads filmed at several archaeological museums. Gabriel Abrantes in The Extraordinary Misadventures of Stone Lady (2019) reflects on the peregrinations of an ancient sculpture that escaped from the Louvre Museum.

In the work Théodore Chassériau, Christ in the Garden ofOlives (2022)—a commission for this edition of the Biennale—Julio Anaya Cabanding has reproduced on abandoned cardboard a painting by the 19th-century painter, giving it a totally fragmented appearance. Another commission, Markus Schinwald’s Panorama (2022) is a vast installation featuring pieces from several Lyon museums. Elsewhere, the theme of ruin is also present in the work of the Saudi artist Dana Awartani, who has reproduced the courtyard of the great mosque of Aleppo damaged during the Syrian war in 2012 in her work Standing by the Ruins of Aleppo (2021).

In an important piece, the French artist Nicolas Daubanes in collaboration with the historian Marc André also questions history, exploring the Algerian war and its wounds. His work Je ne reconnais pas la compétence de votre tribunal! is a model of the courtroom of the permanent tribunal of the armed forces of Lyon in Montluc where those accused of supporting the National Liberation Front during the Algerian war were tried. Elsewhere, Daniel Otero Torres examines social struggles in Colombia via another biennale commission entitled A Los Héroes, at the Fagor Factory.

The curators also wanted to offer two large spaces in the factory for monographic presentations. In the first, Julian Charrière, mixing art and science, confronts the visitor with the immensity of glacial landscapes, raising questions related to climate change. Next door, and in a completely different atmosphere, Hans Op de Beeck has created a frozen lifeless campsite. Fragility is everywhere.