‘Everything has a price’: estate agent lists historic foundry that once cast Big Ben’s bells 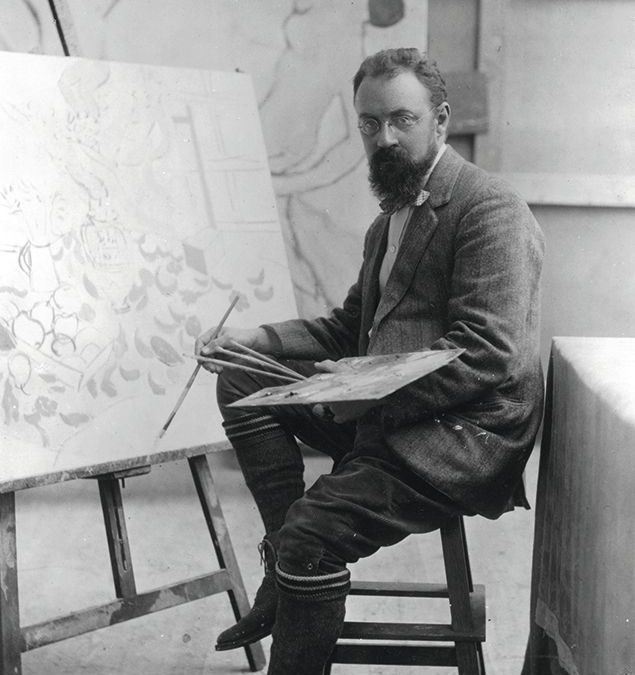 Henri Matisse was a titan of 20th-century art and almost as many words have been written about his life and work as have about his friendly rival Pablo Picasso. A travelling exhibition focusing on the works and objects depicted in the French artist’s painting The Red Studio (1911) is currently on at SMK—National Gallery of Denmark. The SMK’s chief curator, Dorthe Aagesen, suggests the show’s catalogue as a good starting point for “anyone who wishes to dive deep into a single painting by Matisse”. For a broader understanding of Matisse’s life and work, Aagesen has selected four more must-read tomes.

“This two-volume biography offers the most complete narrative of Matisse’s life and work to date. Fluently written in a clear and straightforward prose, Hilary Spurling takes the reader on a journey from Matisse’s childhood in northern France, through struggles and self-doubts as an emerging artist in Paris, to the triumphs of his revolutionary late works. Building on thorough research from the artist’s private papers and numerous other archives, this biography is a treasure of information while also a good read.”

“Although Matisse refused to consider himself a writer and even declared an aversion to expressing himself outside of his painting, he was involved with words throughout his life. This compilation of Matisse’s writings, interviews and other statements is a classic, comprising a wealth of texts, from his seminal essay ‘Notes of a Painter’ to interviews made towards the end of his life. The texts are annotated by Matisse scholar Jack Flam, offering valuable background information.”

“In the final years of his life, Matisse gradually abandoned painting and began to cut into painted paper with scissors. The cut-outs are unparalleled, and among the most significant of any artist’s late work. Published in conjunction with a major exhibition at Tate Modern and the Museum of Modern Art in New York in 2014, this catalogue is lavishly illustrated and presents a vast selection of Matisse’s cut-outs along with informative essays written by curators and conservators.”

“For Matisse nerds, this publication is an incredibly useful tool. The book is organised like a dictionary, comprising more than 1,000 entries, written by an extensive group of Matisse scholars. It includes virtually anything or anybody of relevance to Matisse’s life and art: his artworks in all media; his friends, fellow artists, collaborators, dealers and patrons; the towns and places where he stayed; ideas, principles and themes that permeated his art. Despite its rich content, the format is small and compact. So far, the book has only been published in French.”