‘Move London’s National Gallery entrance from Trafalgar Square to a side street? No!’

Has a Mondrian work been exhibited upside down for 75 years? 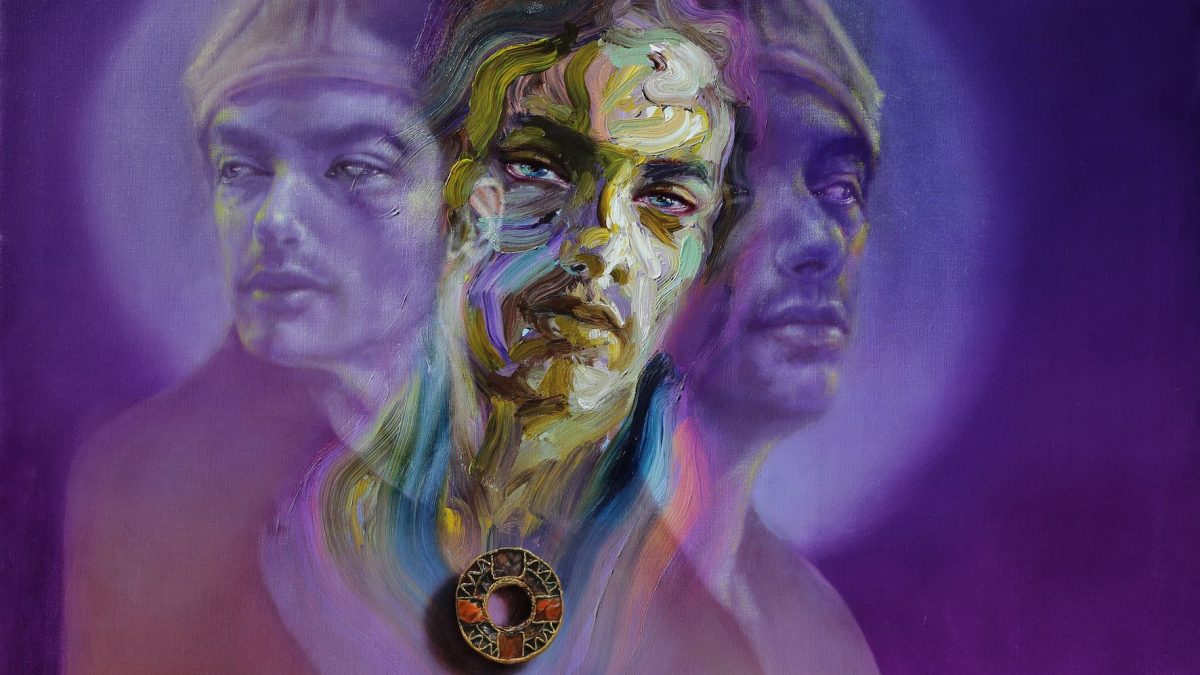 A Syrian artist known for her harrowing paintings of the civil war she fled in 2015—and of victims of modern slavery—has created an image of one of England’s almost forgotten ecclesiastical earthmovers.

Sara Shamma’s portrait of St Wilfrid of York, founder of Ripon Cathedral, was a vigorous, well-travelled, pugnacious and ambitious young man is a striking contrast to her more familiar depictions of portraits of the victims of conflict and abuse. “I haven’t drawn on those experiences for this,” says Shamma, a non-practising Christian. “I’m working on portraits in a new way by building from the stories of subjects we can’t see because they’ve never been depicted”.

The painting, and two others, were commissioned for a current exhibition in Ripon Cathedral marking the 1,350th anniversary of the founding of the church Wilfrid built on the site in 672 AD. Also commissioned for the exhibition are works by fellow painter Jack Chesterman, sound artist Paul Baily and the poet Olivia Mulligan.

From Rome to Ripon (until 1 November) has been conceived and curated by the Art in Churches organisation, which was set up in 2017 to create links between contemporary art and the history represented by the oldest churches in the country. The project aims to encourage a new understanding of the Early Medieval period, once called the Dark Ages, and to attract new visitors to ancient places of worship, says its producer Chris Baily (of no relation to the sound artist). Professor Joyce Hill of Leeds University, an authority on Medieval ecclesiastical history, was an advisor to the project.

St Wilfrid (around 633-710AD) was a Northumbrian nobleman who entered the church as a teenager. He travelled widely to France and Rome before founding his monastery at Ripon. He was a flamboyant figure—“not so very religious” says Shamma—who journeyed with an ostentatious retinue and was not afraid to challenge rulers in his mission to bring churches in line with Benedictine rules and the legislation of the pope. He was imprisoned at least once and exiled several times but was a key participant in the Synod of Whitby (664 AD) that established the date of Easter along papal lines as opposed to the calculations of Celtic churches, cementing Roman Catholicism in England for the next 900 years.

Shamma’s other two subjects she chose herself. Eanflaed, who as queen of Northumbria was Wilfrid’s patron and took charge of his education, later became Abbess of Whitby when Wilfrid (by then Bishop of York) was able to support her in return. Theodore of Tarsus was the Archbishop of Canterbury who also helped Wilfrid at crucial points in his mission. Coincidentally, Tarsus, now in Turkey, was then in what has become Syria, Shamma says. As well as studying the lives of the characters whose features she has imagined, she drew inspiration from the atmosphere of the cathedral and its Medieval carving.

There were to have been eight Shamma portraits but Baily was unable to raise enough funding in time for the other five. He is fundraising for £400,000 to complete the project and take the exhibition on tour, first to Hexham Abbey which was also built by Wilfrid of York.