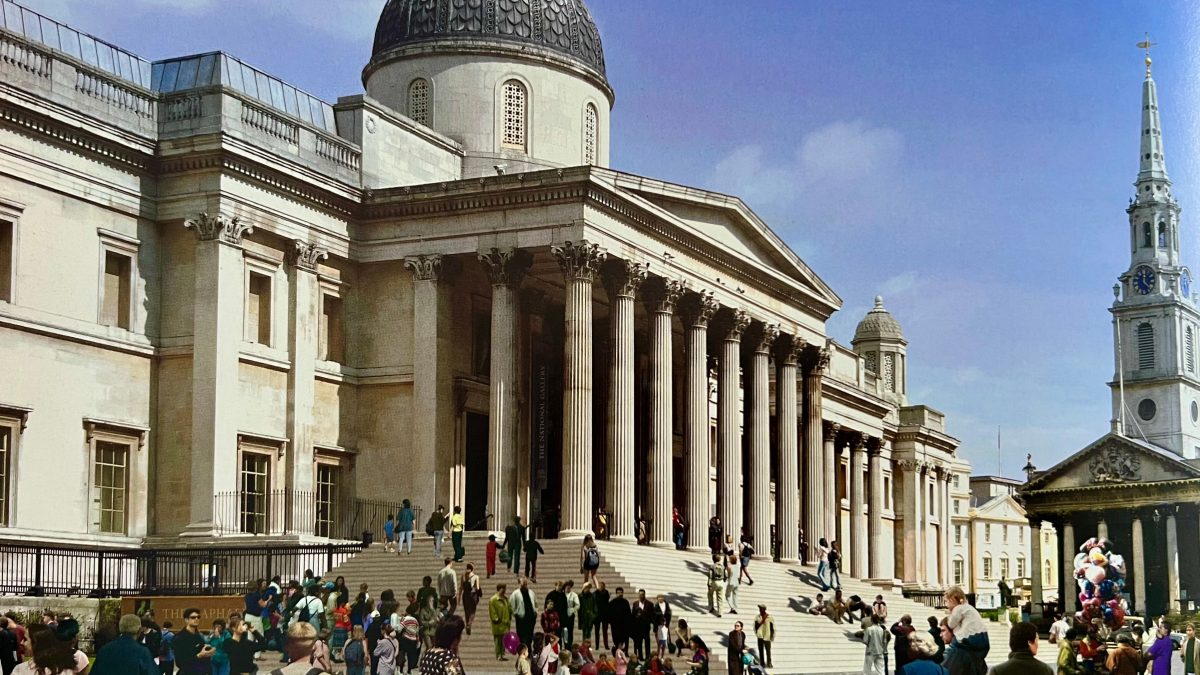 I wish to emphasise the urban design implications of these revisions. The relocation of the principal entrance from Wilkins’s Portico, central to Trafalgar Square, to a side street is an act of vandalism.

Trafalgar Square—with its southern orientation, defined by Wilkins’s familiar elevation (notwithstanding architectural historian John Summerson’s comments describing the National Gallery façade as resembling “the clock and vases on a mantelpiece, only less useful”), with a foreground of Lutyens’s splendid fountains and Nelson’s column—is one of London’s treasures. This provides a magnificent vestibule for one of the world’s great collections of paintings. All this is to be abandoned as a result of managerial incompetence to deal with important but secondary matters of crowd control, security, baggage inspection and curatorial sequencing. No!

The address known as the Hampton Site, beside the original National Gallery building, has for the last 60 years offered the prospect of expansion for the museum, but has proved to be an irritant legacy. This has resulted from the unresolved question as to whether this is a separate entity—as the Clore Gallery at Tate Britain—or whether it is a literal extension of the Gallery?

Various competitions have illustrated this ambiguity: from the Sunday Times-sponsored competition of 1958; the firm Ahrends, Burton and Koralek’s design in 1982, described at the time by King Charles as a “monstrous carbuncle on the face of a much loved and elegant friend”; then a further competition in 1984 resulting in an impasse; and then all apparently resolved by the appointment of the firm Venturi Scott Brown and Associates in 1986. This is now subject to a further competition, revisions of which will result in catastrophic consequences for the bigger picture!

This country was regrettably removed from Europe in 2016 as a result of a national capacity for self harm; moving the principal entrance to the National Gallery to a side street is further example of this tendency.