How did a clergyman come to own hundreds of Edward Hopper works? We delve into the Whitney’s archive controversy 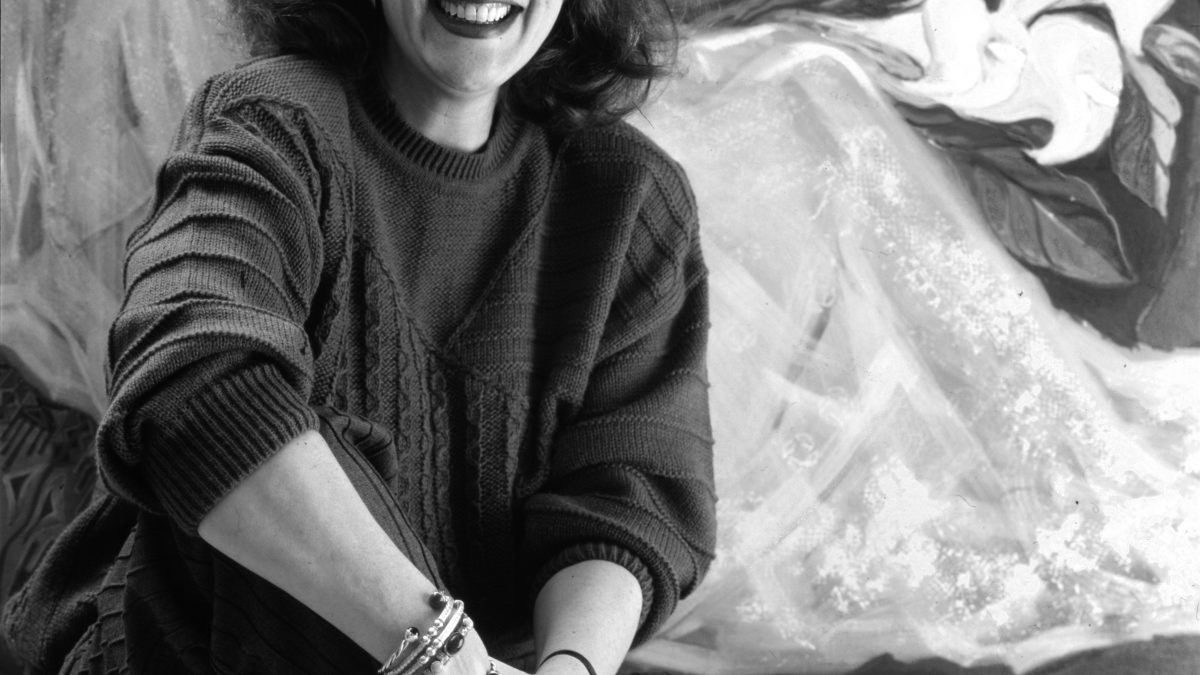 The passing of renowned Palestinian artist Laila Shawa at her home in London on Monday 24 October, at the age of 82, has elicited international tributes and condolences.

One of Palestine’s most accomplished and revolutionary artists, Shawa forged elements of her country’s nature, folklore and architecture into compelling contemporary imagery that chronicled her nation’s plight. A multi-disciplinary artist, Shawa’s painting, photography, silkscreen prints, sculptures and installations powerfully expressed the struggles to liberate Palestine and Palestinian women.

Yet Shawa’s art reached beyond Palestine. She was once described as the “mother of Arabic Revolutionary art” and was one of the first prominent Palestinian artists to cross over into Western markets with her work collected by the British Museum in London and Ashmolean Museum in Oxford as well as the National Galleries of Jordan and Malaysia.

Her link between the personal and the political, between women’s bodies and invasions and occupations, was explicit. She noted that while undergoing radiotherapy for breast cancer in 1990, she watched the precision bombing of Baghdad by US airplanes, “forever linking the two events in my mind and in my art. The body woman and the body land amalgamate; the invasion of one is equated with the invasion of the other and the implicit fact that both leave scars.”

Born in 1940 in Gaza City, just eight years before the nakba (the 1948 displacement of Palestinians) would quadruple the population of the Gaza Strip, Shawa’s life spanned key milestones in her people’s history, including the Lebanese war and two intifadas. She died on the eve of a third uprising.

The daughter of prominent politician and activist Rashad al-Shawa, Laila Shawa was acutely aware of political paradox. Her father had endorsed the Palestine Liberation Organisation (PLO) in 1964 and was subsequently (unsuccessfully) targeted by it for assassination. He was the mayor of Gaza City from 1971 until 1982, when he was deposed for refusing to cooperate with Israeli military occupation forces.

Later in 1998, the Palestinian Authority dissolved his charity, the Benevolent Society for Gaza, and confiscated its premises. Both father and daughter decried the plight of Palestinians under occupation and the excesses of internal authoritarianism and corruption.

From 1957 to 1958, Shawa attended the Leonardo da Vinci Art Institute in Cairo, moving on to the Academy of Fine Arts in Rome from 1958 to 1964, where she studied under Renato Guttuso. From 1960 to 1963, she studied at the School of Seeing in Salzburg, established by the Expressionist artist Oskar Kokoschka, where she developed a passion for the 16th-century Flemish master Pieter Breughel.

In 1965 Shawa returned to Gaza to teach arts and crafts in United Nations-run refugee camps. She moved to Beirut in 1967, where she spent nine fruitful years honing her unique style of painting: a kind of Palestinian expressionism with recurring motifs of traditional talismans, flowers and architectural elements.

When the Civil War began, she returned to Gaza, where she founded the Rashad Shawa Cultural Centre with her father and her soon-to-be husband, the Syrian architect Sa’ad Mohaffel, with whom she also collaborated on a giant mural in Yemen.

After relocating to London in the late 1980s, she began a series of paintings critiquing the veil – notably the tongue-in-cheek The Impossible Dream (1989) depicting women in niqab struggling to eat ice-cream cones. Her first show outside the Middle East was Women and Magic in London in 1992 in which she drew widely from ancient Sumerian, Assyrian and Egyptian sources. A highlight was The Hands of Fatima (1989) depicting a group of women in colourful niqabs, holding up traditional hamsas, evoking both a mystical and feminist power.

Shawa rose to international acclaim in 1994, when she collaborated with Mona Hatoum and Balqees Fakhro in an exhibition at the National Museum of Women in the Arts in Washington, DC called Forces of Change: Artists of the Arab World.

Perhaps her best known 21st-century work is Fashionista Terrorista (2011). A screenprint of one of Shawa’s photographs, of a Palestinian fighter wearing a traditional keffiyeh decorated with a Swarovski crystal New York patch, speaks to the Western fetish for intifadeh as fashion statement. In 2009 her own home in Gaza was bombed by the Israeli defence forces, destroying several works of art.

Her initial 1994 Walls of Gaza series incorporated both photography and text—employing images of graffiti spray-painted by the people of Gaza on the walls of their city—with one showing a child and a superimposed red circle called simply Target. Her 2012 show at London’s October Gallery, The Other Side of Paradise explored the motivations behind the shahida or female suicide bomber, which Shawa noted was a concept that “revolves around a troubling confusion of eroticisation and weaponisation.”

The 2012 work Where Souls Dwell—one of many works commissioned by the Institute of Contemporary Art in London transforming decommissioned AK-47 assault rifles into art—featured rhinestones and butterflies and a barrel sprayed gold.

“She made liberation possible,” says 22-year-old Malak Mattar, a Gazan artist who first saw Shawa’s work at age 14. She notes that when the patriarchy struck back after the second intifada—where women fought alongside men—and imposed mandatory hijab, “With her nude figures, Laila broke the taboo of our own bodies that have been objectified and politicised. She was a free woman—and to be a free woman in one of the world’s most oppressed places—is revolutionary.”