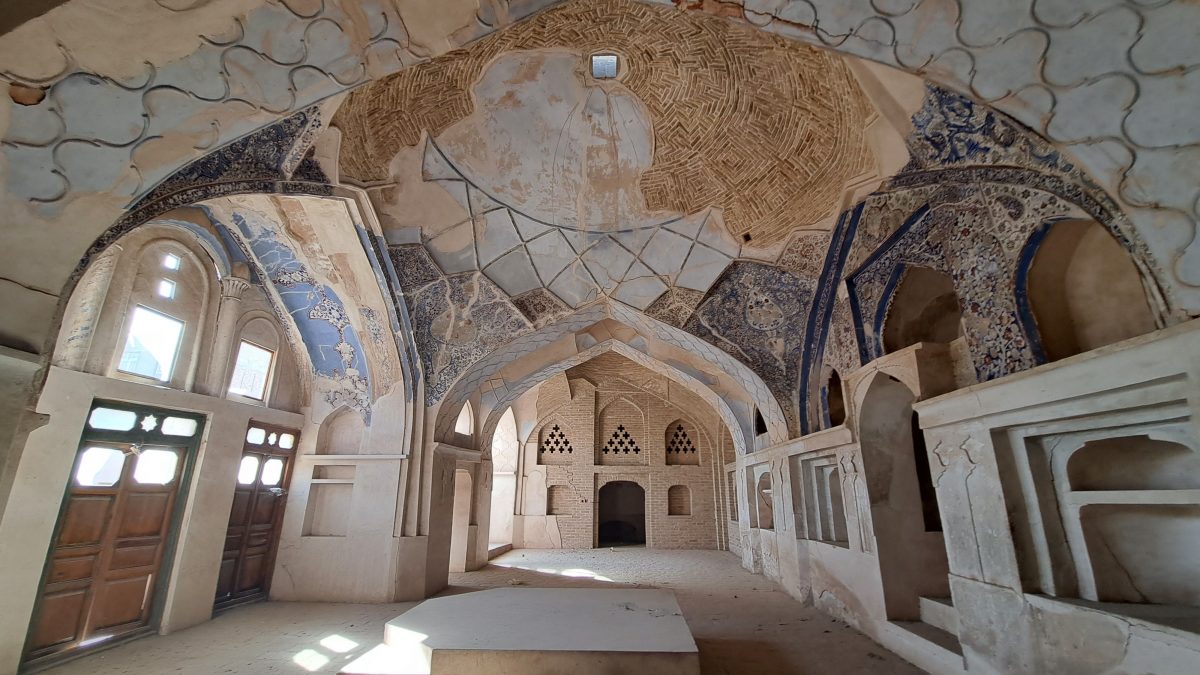 Conservation work to save a structurally fragile, historic synagogue in Herat, western Afghanistan, is set to begin in November with the backing of the Taliban government.

Yu Aw synagogue, located in the Momandha quarter of Herat’s old city, will undergo a 16-month restoration project to save it from possible collapse, local officials and the organisation responsible for carrying out the works have confirmed to The Art Newspaper.

The project, which includes restoration of the Jewish bathhouse (known as Hammam-e Mosaie) that was once primarily used by Herat’s Jewish residents, is one of the first cultural conservation projects to get the go ahead in the province since the Taliban formed a government in Afghanistan in 2021, after the withdrawal of US troops from the country.

Do the Taliban regret blowing up the Bamiyan Buddhas? New government takes steps to protect heritage

“There is a lot of interest in preserving and studying issues related to culture and history. We want to prove that we are tolerant and accepting of one another, we seek peace and we are not extremists,” Zalmay Safa, the head of Herat’s department for safeguarding of historic monuments, tells The Art Newspaper.

Safa, who held the same position under the previous government, says the direction they have been provided by government officials has been to carry on safeguarding historic and cultural sites and that there would be no interference with those efforts.

“This is a cultural and historic site, which is not used as a place of worship, and the local government will support its preservation. Despite the change in government our historic sites remain protected and they are not in any way connected to religious matters,” Safa says.

The Jewish community departed Herat in the 1970s and the structures that once stood as the symbol of their vibrant life in the city were left abandoned. Not long after their emigration, Herat was faced with decades of war, looting and destruction, which took their toll on the city’s ample historic monuments, many from its days as the capital of the medieval Timurid Empire (14th-15th century).

The Yu Aw synagogue, an early 20th-century structure in its current format but one that is thought to have most likely been constructed in the 19th century, the hammam, a cemetery, and three other synagogues from the same era, are some of the last remaining physical reminders of the presence of Jewish residents in Herat.

In 2007, the Aga Khan Trust for Culture carried out extensive conservation works on the Yu Aw synagogue. The building was opened to the public in 2009, serving as an educational centre for several years that benefitted mostly children and women in the area before it was closed again around eight years ago.

Today the Yu Aw synagogue is once more in a poor state and there are serious concerns about damage to its structure, which is thought to have been caused by seepage from a poorly constructed, UN-funded municipal drainage channel in the adjoining road.

“It’s early days yet, but so far ACHCO has received approval from the local authorities in Herat and the local community for the work to proceed,” Jolyon Leslie, an ACHCO advisor, tells The Art Newspaper. Leslie says that although the project has not explicitly been presented as a ‘Jewish Heritage’ project, everyone is aware of the history of both buildings and this is not perceived as controversial.

The Art Newspaper was granted access to the synagogue to observe the site prior to the commencement of the upcoming conservation works, becoming the first media outlet to visit the synagogue in more than two years.

Embedded in the midst of old muddy houses that form the old city of Herat, the entrance to the unassuming building opens into a spacious courtyard. The synagogue takes the form of a series of brick domes spanning over a large double-height prayer space with a raised central platform (bimah) and a niche for storage of the Torah. Parts of the original wall paintings that have survived decades of war provide a glimpse of what the space would have once looked like. The walls in the main prayer area appear to be leaning slightly outwards instead of standing straight.

The hammam, which was not visited by The Art Newspaper, is also said to be in a state of semi-ruin and in desperate need of extensive repairs. Upon completion of the restoration it is planned that the hammam will once more operate as a bathhouse and the synagogue as a community museum.

“The aim is to contribute to safeguarding the historic fabric in the old city, whose residents are generally positive about conservation of historic property—particularly for public benefit, which will be the case here,” says Leslie. “Aside from the public health benefits from the hammam, the generation of employment during the project will contribute to the livelihoods of many households at a time of real hardship,” he adds.

The nearly $500,000 project—funded by the Swiss-based foundation Aliph—will employ 60 people in Herat to carry out the labour work, 30 across each site, and also include the expertise of eight specialists, including women, at a time when Afghanistan is facing one of the world’s worst humanitarian crises. The UN warned in March that 23 million people, more than half of the population, suffered from acute hunger. When the Taliban took over the country Afghanistan relied on foreign aid for more than 80% of its spending. Western governments’ decision to not officially recognise the new government, international sanctions, and the US decision to freeze Afghan Central Bank’s assets have crippled the country’s economy.

Cultural heritage sites in Afghanistan, which were already in a vulnerable state, are also feeling the weight of the sanctions as funding to carry out crucial work has dried up. Lack of investment for these projects, which can also contribute to relieving some of the humanitarian crisis, is placing the historic sites at risk of being lost forever.

“The authorities deserve credit for trying to safeguard what historic property is left in the old city of Herat, but they need resources for conservation or else it’ll simply crumble away,” warns Leslie. “Crucially, to be valued by today’s residents, historic property needs to be liveable—which it often isn’t in its original state, with rudimentary sanitation and so on—and useful, requiring imagination and investment in practical ‘new’ functions, known in the trade as ‘adaptive re-use’”, he adds.

Leslie says he hopes the start of conservation projects such as that planned for Yu Aw synagogue and the hammam will demonstrate to donors that it is worth investing in preserving Afghanistan’s built heritage.

The project is planned to be implemented by ACHCO in partnership with the local Department for Safeguarding of Historic Monuments in Herat, Herat Municipality, the Association for the Protection of Herat’s Cultural Heritage and community representatives from Momandha quarter.