Portable and Precise, Horizon’s ‘Swiss Army Knife of Sketch Tools’ Combines an Array of Functions into One Ruler 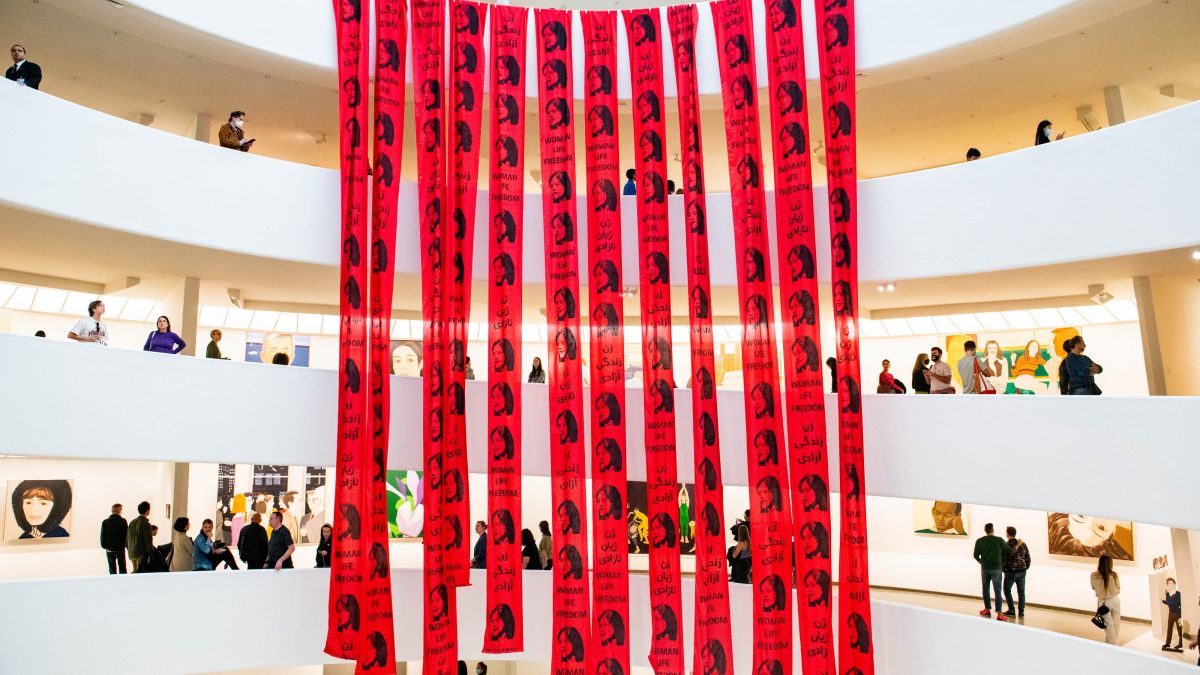 A group of Iranian artists, frustrated with the inaction of Western museums in the face of human rights abuses in Iran, unfurled a series of banners covered with the face of Mahsa Amini at the Guggenheim Museum in New York on 22 October.

Amini died in an Iranian hospital last month after being detained by the regime’s morality police for allegedly not complying with the country’s hijab regulations. Her death sparked ongoing mass protests in Tehran and cities across Iran.

The anonymous collective unravelled the banners, which also proclaimed, “Women, Life, Freedom” from the top floor of the museum’s recognisable rotunda. Speaking to The Art Newspaper, Shiva Balaghi—a Middle East scholar at the University of California Santa Barbara—says that the “anonymous collective action is in keeping with the protest movements happening across Iran now”. This weekend, around 80,000 supporters marched in Berlin in solidarity with the Iranian demonstrations.

In a post on Instagram, the Iran-born artist Shirin Neshat posted a film of the action at the Guggenheim, saying: “Masha [sic] Amini emerged at the Guggenheim museum today!! Proud of a few brave Iranian artists [making] a surprise protest by hanging this beautiful display today, they are the conscience of the sleepy art world who cares little for Iranian women fighting for basic human rights and freedom.” It is unclear how the images were sourced.

A statement issued by the anonymous artists collective says: “This homage is a collective call for action to support the revolution in Iran, led by brave Iranian women risking their lives to overthrow a brutal dictatorship in a fight for freedom, democracy, and women rights.”

The London-based artist and collector Maryam Eisler subsequently responded: “’Sleepy‘ is an understatement. It’s a disgrace. Good on these creative souls to bring their plight into the heart of the art house even if this ‘house’ hasn’t stood up for them yet.” The Guggenheim Museum was contacted for comment; in 2015, the institution held the first US museum exhibition of mirror works and drawings by the late Iranian artist Monir Shahroudy Farmanfarmaian.

Earlier this month Eisler was among a number of art world figures who said that museums in the UK and US must do more to address the worsening human rights situation in Iran.