Jo Bonger: the woman who made Van Gogh famous as one of the greatest artists of all time 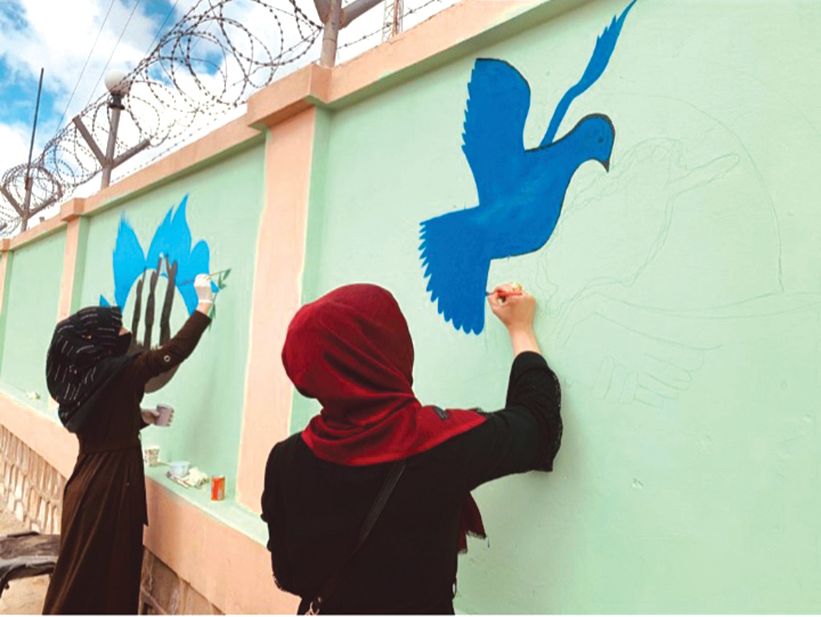 Hello, I am Sadaf Danish, an artist from Afghanistan. More than a year has passed since the destruction of my dreams. I studied hard in Kunduz, northern Afghanistan, so that I could boost the role of women in the society. This motivation started when I was only 14 years old; I had a friend named Mahtab, whose name means moon in English. She was a young girl who wanted to study and be a useful person in society.

But her father said: “You are a girl, you don’t have the right to education, you should only get married and reproduce.” Mahtab’s childhood and dreams became a victim of forced marriage. After getting married, Mahtab got pregnant at the age of 15. Her husband tortured her and finally killed her. I was shocked and very scared when my friend was killed. But Mahtab’s husband was not punished. I will never forget that cruelty.

I promised myself that I will fulfil the wishes of Mahtab. During school, I always wrote poems about women. Since childhood, I have been very interested in art, and sometimes I used to paint in school, but no one cared about painting. After finishing school in Kunduz, I created an art group in Kunduz province and recruited a number of female and male artists.

My goal was to paint on the walls of the city and defend the rights of women. We held a big exhibition in Kunduz and displayed 300 paintings about women’s rights, peace and war [March 2021]. Our activities were published in reputable media in Afghanistan and even appeared in the international media. At that time, Kunduz was surrounded by the Taliban from four sides, but I continued my activities with all my courage. I had become exactly what Mahtab wanted: a useful person in society. I was a human rights activist, a civil society activist, head of an art group and I was even invited on to prestigious TV shows in Afghanistan, and received more than 50 letters of appreciation. I was very happy.

But my happiness did not last long. Taliban took the city of Kunduz, which burnt in the middle of fire. All the people were running away. My family sent me to Iran to save my life. The 15th August 2021 was a day the Taliban painted Kabul black, like a painting. I couldn’t make Mehtab’s wishes come true, but I want the world to hear her wishes. Currently in Afghanistan, no girl has the right to study and I don’t know what will be the fate of girls in my country, I don’t know if I can return to my country again—do I have the right to progress in life or not?

• This letter was originally published in The Art Newspaper‘s September issue, 2022