Frank Auerbach’s drawings brought out of the shadows 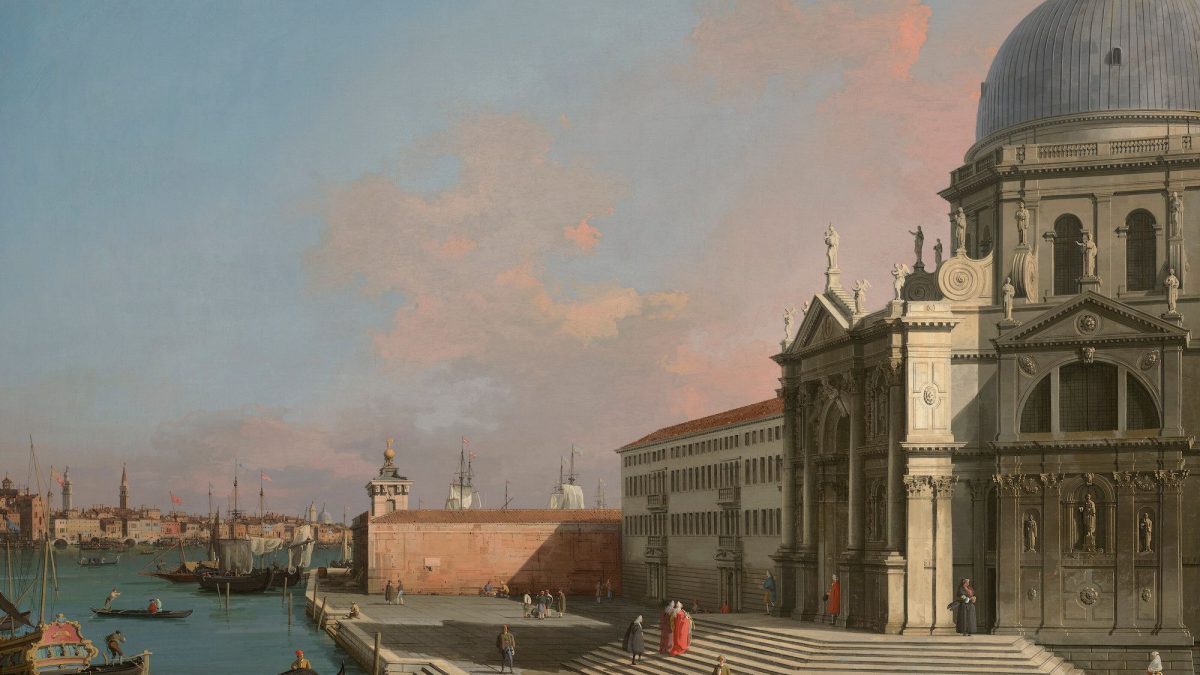 One of the crown jewels of the collection of the San Francisco-based philanthropists Ann and Gordon Getty—which is being offered at Christie’s in a series of auctions that kicked off with a major evening sale Thursday (20 October)—will be staying in the Bay Area thanks to a last-minute deal brokered by another important collector from the City by the Bay.

The painting, Canaletto’s sun-splashed Venice, the Grand Canal looking East with Santa Maria della Salute, had the highest pre-sale estimate of the night at $6m to $10m, but was sold in a pre-auction private sale to the Fine Arts Museums of San Francisco (FAMSF)—the entity that operates the city’s Legion of Honor and de Young museums—for an undisclosed sum put forward by philanthropist Diane “Dede” Wilsey.

“With the Legion of Honor Centenary approaching in 2024, I wanted to give a gift to the museum, to the residents of San Francisco, and to our visitors from around the world, that matched the magnitude of this moment,” Wilsey said in a statement.

A longtime supporter of FAMSF, she sponsors a programme at both institutions whereby admission is free for Bay Area residents every Saturday. She stepped down as the FAMSF’s board chair in 2019, becoming board chair emerita. FAMSF experienced moments of triumph and difficulty during Wilsey’s time as board chair. She was the lead donor on the $206m capital campaign for the de Young’s Herzog & de Meuron-designed building, which opened in 2005. But she was also criticised as wielding too much control over FAMSF, allegedly organising a $450,000 payment to a retired employee in 2015, without proper board authorisation. FAMSF’s then-chief financial officer alleged that she had been wrongly fired for blowing the whistle on the transaction, and the organisation paid her a $2m settlement. The incident prompted the office of then-California attorney general Kamala Harris to launch an investigation into the allegations of financial misconduct at the organisation, though none was found.

The Canaletto painting will be the first Canaletto in the Legion of Honor’s significant collection of European paintings, which includes a very different painting of a very similar Venetian view: Claude Monet’s The Grand Canal, Venice (1908).

“Depicting one of the most famous views in Venice, this is among the most important pictures by the artist to come onto the market in the last 20 years,” FAMSF’s curator in charge of European painting Emily Beeny said in a statement. “Taking as its principal subject the church of Santa Maria della Salute, built in an act of civic piety following the 1629-31 outbreak of plague in Venice, the painting offers contemporary audiences a symbol of hope and resilience as we emerge from our own pandemic.”

Japanese museum gets Gettys’ other treasure

‘If you miss the train, don’t chase it, there will be another one’: Ann Getty on collecting

Even without its star lot, Thursday’s major evening sale of works from the Getty collection at Christie’s in New York was a success, with all lots selling (a “white-glove sale”), bringing in a total of $79.4m (including fees). The night’s top lot was a pastel portrait by Mary Cassatt, Young Lady in a Loge Gazing to Right (around 1878-79, est $3m-$5m), which set a new auction record for the beloved American Impressionist’s work when it sold for $7.4m (with fees). The winning bidder was the Pola Museum of Art, an institution located in Japan’s Kanagawa Prefecture, just west of Tokyo. The museum’s rich Impressionist holdings include works by Monet, Edgar Degas and Berthe Morisot.

A portrait of the famed stage actress Sarah Bernhardt also set a record, for the French painter Jules Bastien-Lepage, quadrupling its low estimate of $500,000 to sell for $2.2m (with fees). A very different portrait, one of Manet’s eight known paintings of patrons’ pets, Tête du chien “Bob” (around 1876), surpassed its $600,000 high estimate to fetch $1.3m (including fees).

But the night’s most surprising result may have belonged to different members of the animal kingdom. A towering pair of Qing dynasty incense burners in the shape of seven-foot-tall cranes flew over its high estimate of $120,000 to sell for $1.6m (with fees).

Christie’s auctions of the Getty collection, proceeds from which will go to the Ann and Gordon Getty Foundation for the Arts, continue in person in New York and online through 25 October.