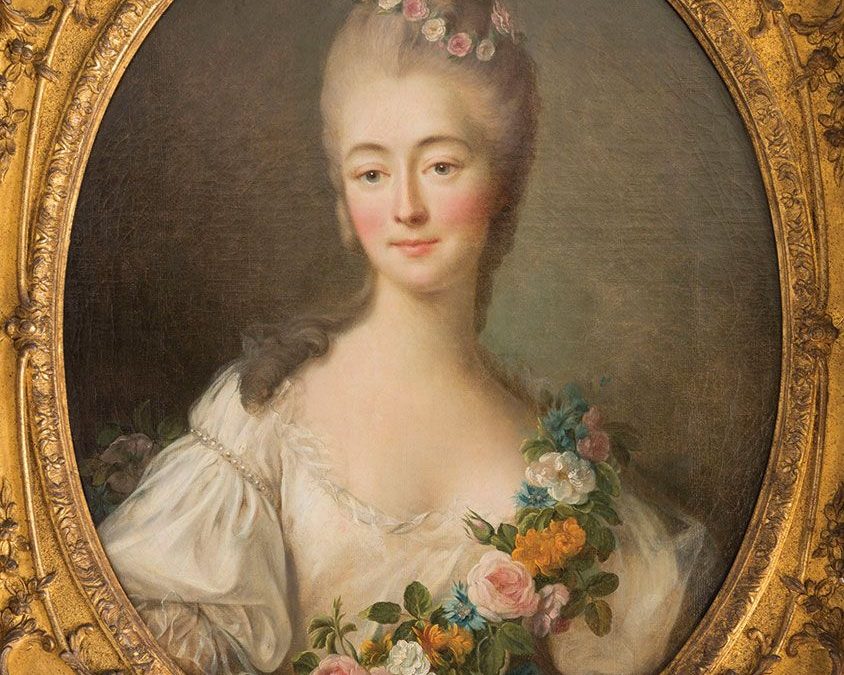 In late October 1722, King Louis XV was crowned in Reims cathedral. This month, the Château de Versailles in Paris marks 300 years since the king’s coronation with an exhibition of 400 works and artefacts that reveal the private life of a monarch whose regal lifestyle paved the way for the French Revolution.

But the highlight of the exhibition is the restored chambers of the king’s last official mistress, Madame du Barry, which are fully open to the public for the first time.

Over the past 18 months, and at a cost of €5m, the Parisian restoration specialists Ateliers Gohard—known for restoring the Statue of Liberty’s torch—have painstakingly renovated the 18th-century decor of Du Barry’s home by gradually stripping away layer upon layer of paint to reveal the colours the king’s mistress chose.

To complete the restoration, matching paints have been prepared to 18th-century formulations using natural pigments and then applied over a layer of rabbit-skin glue and chalk from the original quarries in neighbouring Meudon. Gilding has been burnished and missing gold leaf meticulously replaced. The apartment has also been refurnished with period pieces from the Versailles storerooms.

Du Barry was born in 1743 in Vaucouleurs, 300km east of Paris, with the name Jeanne Bécu. She was the illegitimate daughter of an impoverished seamstress and, after a convent education while working as a cook, sold trinkets on the streets of Paris as a teenager before entering the city’s society gaming rooms. In her 20s, she was manoeuvred into court circles, soon becoming King Louis’s maîtresse-en-titre, or chief royal mistress.

After first meeting the king, a marriage was hurriedly arranged with Guillaume du Barry, a Gascon country squire with a dubious title. A new birth certificate was fabricated. Du Barry was formally presented at court in 1769 and installed soon after in the 14-room suite immediately above the king’s private quarters. The king was almost 28 years older than her, yet she became one of his closest and most influential confidantes, her apartment remaining next to his chambers until he died, aged 64, in 1774.

She led a lonely life, unable to be seen in public with the king and ostracised from the social events of courtiers at the Palace of Versailles

But Du Barry led a lonely life, unable to be seen in public with the king and ostracised from the social events of courtiers, who were unable to view her relationship with the monarch as anything but a scandalous departure from etiquette.

Her apartment looked out over the château’s central Marble Courtyard and was accessed by five doorways: one for visitors, one for servants and three for the king—including a secret stairway directly into the bedroom. The bedroom and main reception rooms were painted white, with decor and mouldings picked out in gold leaf. Other rooms, such as the library and the card room, featured subtle greens, blues and lilac pinks. The bathroom was decorated in a waterproof gloss-varnished Prussian blue. Supplied, remarkably for the period, with hot and cold running water, it featured twin tubs: one for soaping, the other for rinsing. A fireplace was sculpted in red marble with rare palm-tree motifs, while a salon was furnished in the Chinoiserie style.

After the death of her lover and king, Du Barry was banished by order of Louis’s grandson and successor, Louis XVI. In December 1793, aged 50, she was executed by guillotine on charges of treason during the early stages of the French Revolution.

Du Barry was famed for her patronage of artists and craftsmen. But, after her death, her possessions were scattered through the Paris sale rooms. Most have never been recovered. An approximation of her chambers will soon be used in a Netflix-produced film adaptation of her life, with the US actor Johnny Depp playing King Louis XV and the French actor Maïwenn playing Du Barry. Shooting is currently taking place at locations in and around Versailles.