As the world strums: an exhibition examines the unique appeal and political power of guitars 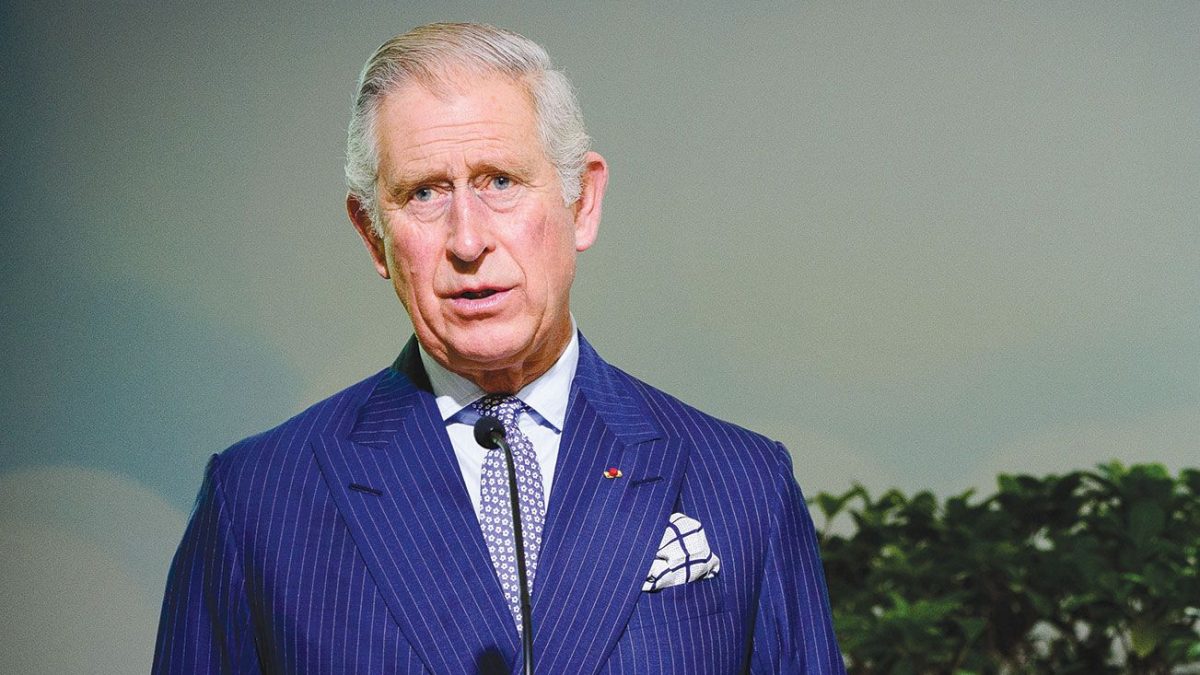 The late Queen Elizabeth II, with all her great merits, was by no stretch of the imagination interested in the arts.

Not so the new King. His aesthetic tastes are strongly developed, and his far-seeing eye finds a lack or loss of beauty and harmony in the modern world and seeks constantly to improve it. His leitmotif is to preserve the “best” of what we have and hand it on for the future, exemplified in his person and his larger actions, his decades-old beautifully tailored suits, his quoting of Shakespeare and the King James’s Bible and his patronage of the Prayer Book Society.

Queen Elizabeth II: what really appealed to the Lowry-buying monarch who once said ‘I have no taste’?

In his vision, the natural world and the field of human endeavour should be in accord, and so he champions rare breeds, old varieties—and art made with brush and pencil at his Royal Drawing School. His tirades as a younger man against a cabal of Modernists at the Royal Institute of British Architects were provocative but garnered popular support and concrete outcomes. The National Gallery’s Sainsbury Wing remains one of the better examples of postmodern architecture in Britain, and at Paternoster Square by St Paul’s Cathedral his interventions set a precedent for planners to go back to historic city street lines and human scale, a vast improvement on the gusty, litter-strewn piazzas and canyons that it replaces. More recently his energies have been poured into the regeneration project of Dumfries House in Ayrshire, creating a huge raft of apprenticeships in traditional arts and crafts and an educational programme serving 15,000 students every year.

Houses must look their best

In all this there must be a squeak of a reaction against the “soft” Modernism of his father’s aesthetics and the uninspiring institutional damask of the houses he grew up in. He likes places to look their best, and so at Sandringham, a house that defiantly clings to the Edwardian soup and gravy era of Queen Mary, it is said that messages are sent ahead for certain rather unsparing family portraits to be taken down from the walls in advance of his visits.

His cultural awakening came with undergraduate years at Trinity College Cambridge, where, at his dean and moral tutor Harry Williams’s supper table, he met the poet John Betjeman, who copied out a poem by his friend, the Welsh nationalist R.S. Thomas, to whet the prince’s appetite for his spiky Pop-Art investiture ceremony at Caernarfon.

Later, the arch-connoisseur Brinsley Ford honed the prince’s art historical taste. The prince sat at the feet of the “great bardic” poet Ted Hughes (as he described him to Simon Armitage), went on church crawling expeditions with Betjeman’s dashing daughter Candida Lycett Green, and bemoaned Brutalism with his friend Deborah, Duchess of Devonshire. Like his grandmother, these two women introduced him to a more comfortable, richly beautiful style of country house living, with deep squashy sofas and picture-filled walls.

Highgrove, the first house he could call his own, had been acquired when he was still in thrall to the arch Puritanism of Quinlan Terry, its plain façade immediately embellished with an outsized pair of Classical pilasters. Here a redundant mahogany lavatory from Queen Victoria’s Osborne House was requisitioned, replacing 20th-century porcelain, for he relishes repurposing and was thrilled to visit a reclamation yard with garden designers (and holders of his royal warrant) Isabel and Julian Bannerman.

But the sometimes callow young prince has been subsumed by a thoughtful older man. Against these lesser traits we must set the long perspective of a life of accrued wisdom and concern about the built and natural environment that now seem all too prescient.

Ben Pentreath is one of the architectural designers most closely associated with the Duchy of Cornwall’s experiments in regenerative building. He sees the prince’s youthful architectural idealism as a phase in which he became the unwitting hostage and polemicist of a sect of Neo-Classicists cum Post-Modernists with mixed results—his book and television documentary A Vision of Britain: A Personal View of Architecture (1989), his magazine Perspectives on Architecture (1994-98), his Institute of Architecture (now the Prince’s Foundation) and the new town experiment of Poundbury. In turning his back on industrialisation, the prince became “curiously identified with columns and pediments”, says Pentreath, whereas his mature vision is subtler and less puritan, “closer to the world of the arts and crafts, of Morris and Co. or vernacular Lutyens”. And it is the highly personal and revealing landscape of the Highgrove Gardens rather than a work of art, grand project or charitable enterprise that can explain our King to us.

As Isabel Bannerman has described, Highgrove is not a rich man’s manicured folly. The prince had always wanted his garden—with its wild flower meadows, Islamic fountain, sustainable organic practices and allegorical temples fashioned from green oak—to have meaning and spirituality. When his public duties were suddenly cancelled during official mourning for the Queen Mother, he used his order of release to labour in the woods there. As Pentreath says, “It has the feel of a great late Victorian garden, complete with whimsy and narrative at every corner, and a sign at the gate reading ‘You Are Now Entering An Old Fashioned Establishment’: there is nowhere here the austerity, the purity, the monumentalism—or, indeed, the self-seriousness—of the truly Classical.”

As a prisoner of the constitution, the King is no longer free to campaign for the things that are closest to his heart. The gardens at Highgrove give us an insight into his mature creative vision, for they represent—like his kingship—a lifetime’s work.