As the world strums: an exhibition examines the unique appeal and political power of guitars

Home Is Where the Doodles Are: Playful Drawings Crawl Across Every Inch of a 12-Room House 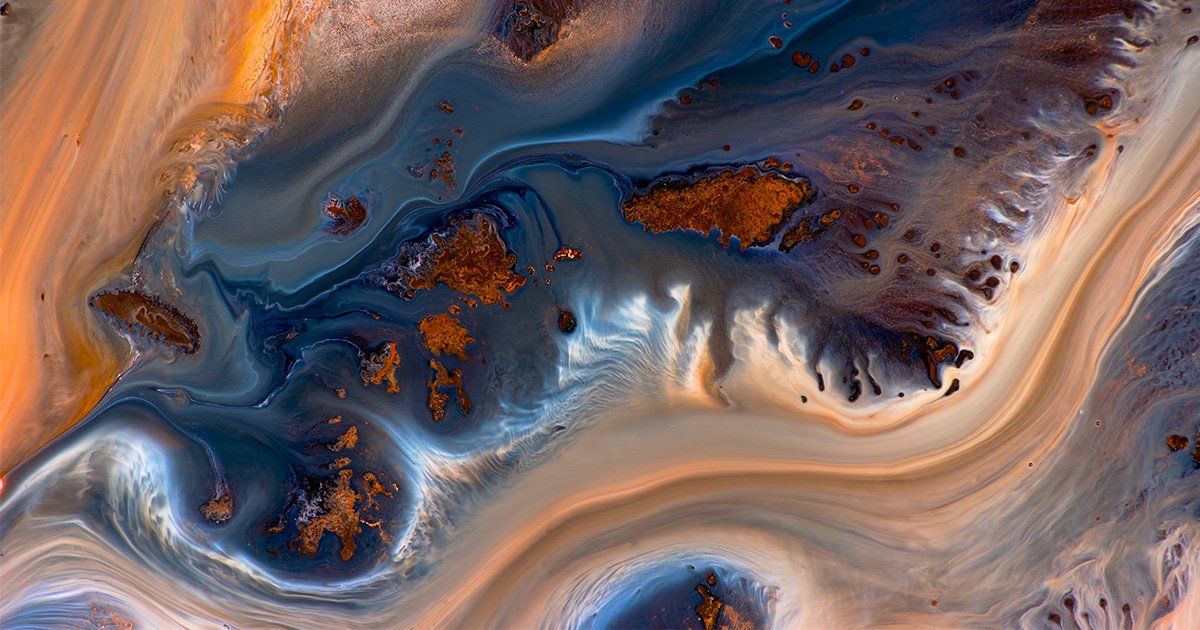 In ‘A Sense of Scale,’ Roman De Giuli’s Elaborate Topographies Made of Pigments Nod to Hollywood Special Effects

The sweeping topography of German photographer Roman De Giuli’s “A Sense of Scale” suggests rivers coursing around islands, lava flows, or clouds moving over land masses as if seen from Earth’s atmosphere. Look a little closer, however, and you will find these effervescent terrains are composed of paint, powders, and water that the artist applies with droppers to the surface of paper and sets into motion with small doses of air. Known for elaborate timelapses imitative of satellite imagery, De Giuli’s work harnesses the power of high-definition photography to document the voluptuous movement of fluid pigments.

Using a custom lens setup to zoom in and out, the piece took about a year to complete and was filmed in 8K resolution with the aid of several macro lenses. The title is a nod to the 2011 documentary “Sense of Scale” by Berton Pierce, which chronicled the world of Hollywood special effects as CGI had begun to render scale miniatures obsolete in the film industry. Struck by the detail and beauty of camera effects and the ability to transform objects on screen, De Giuli explains, “I want to emphasize the meaning of handmade visuals and the effort it takes to stage sceneries on a small scale.” You can discover more on Instagram and his website.