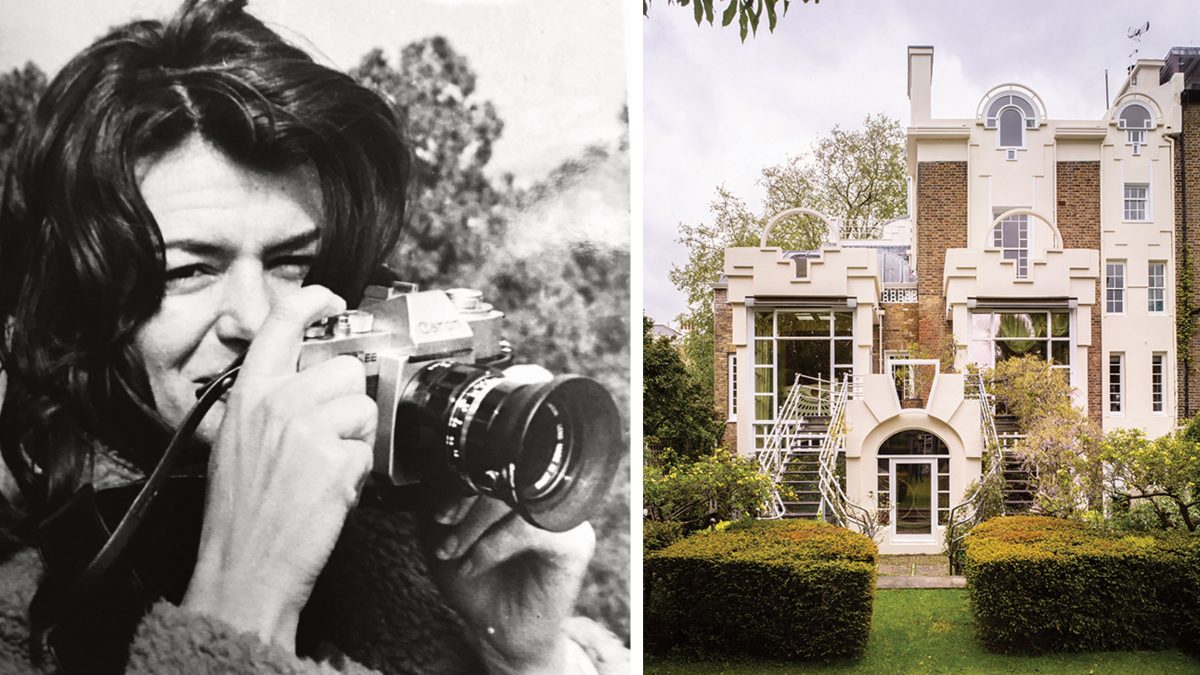 A new sound installation by the artist Marysia Lewandowska will accompany visitors’ wanderings through The Cosmic House, the former home of Charles Jencks, the architectural historian and Postmodernist provocateur.

If Charles’s ideas, wit and senses of style and humour are embodied and embedded in this Grade-I listed house (now opened as a museum), Lewandowska made it her mission to revive the voice of Maggie Jencks, a formidable individual who was instrumental in the design of the house and whose name lives on through the Maggie’s cancer caring centres she founded with her husband.

“I was trying to recover Maggie Keswick from being Mrs Charles Jencks,” Lewandowska says. “It was a question of how could I intervene and disrupt the existing condition to give voice to someone who is not present?”

The work has been commissioned by the Jencks Foundation, a laboratory of Postmodern culture that looks after both The Cosmic House and the legacy and archive of Charles Jencks, as well as developing a programme of exhibitions, conversations, residencies, salons and publications.

Lewandowska’s work, how to pass through a door, takes the form of sound pieces dispersed through the rooms in the house. One is a recording of a 1988 lecture Maggie Jencks gave on Chinese gardens (her specialist area of research). “That was also,” adds Lewandowska, “the year she was diagnosed with cancer.” This piece permeates the Spring Room, part of Jencks’s programme of a house laid out by the seasons, and looking over the garden that Maggie was instrumental in designing.

The other is a voiced series of entries from a notebook Lewandowska found serendipitously on the floor by her bed, when she was staying at the Jencks’s former home at Portrack in Scotland. “It’s an incredibly detailed list of the later steps in the design, development and construction of the house where she was working, effectively, as a project manager.”

The mundane details of the process are narrated in the context of the very particular nature of a house in which every moment has been considered as part of a symbolic and representational programme. The work takes its name from an enigmatic line in this notebook.

Designed and built between 1978 and 1983, The Cosmic House in London’s Holland Park is a built manifesto of Postmodernism and a collaborative project with contributions by the architects Terry Farrell, Michael Graves and Piers Gough (who designed a jacuzzi in the shape of an inverted Roman Baroque dome) and the artists Eduardo Paolozzi, Celia Scott and Allen Jones. Almost certainly the most complete Postmodern interior to survive in the UK (from an era that fast fell out of fashion and is only now being thoroughly reassessed), The Cosmic House survives as a very personal gesamtkunstwerk, pretty much exactly as it was lived in. “The museum speaks through its objects,” says Lewandowska. “Visitors read it through spaces and things, visual excess. There was nothing for me to add in the visual sense but there was a feeling that it was uninhabited, that there was something missing.”

The work is the result of a year-long, inaugural residency at The Cosmic House in which the artist questioned the boundaries of the professional, the personal, the cultural and the archival, and the tensions between all of these in the founding of a new public institution. The work sits amid Lewandowska’s practice of digging into institutional archives to recover women’s voices and contributions. These include her project, The Women’s Audio Archive, and her work at the V&A Pavilion of Applied Arts at the Venice Biennale in 2019 (It’s About Time), which used fictionalised voices to focus on the absence of women in art history.

“By placing the voice at the centre of the project, the house will act like a well-tempered instrument accelerating its most recent transition from a former home to its current museum status,” says Lewandowska. “The voice can never be mistaken for another; it forever belongs to a person and beckons its owner into being.”

• Marysia Lewandowska: how to pass through a door, The Cosmic House, London, until 10 September 2023