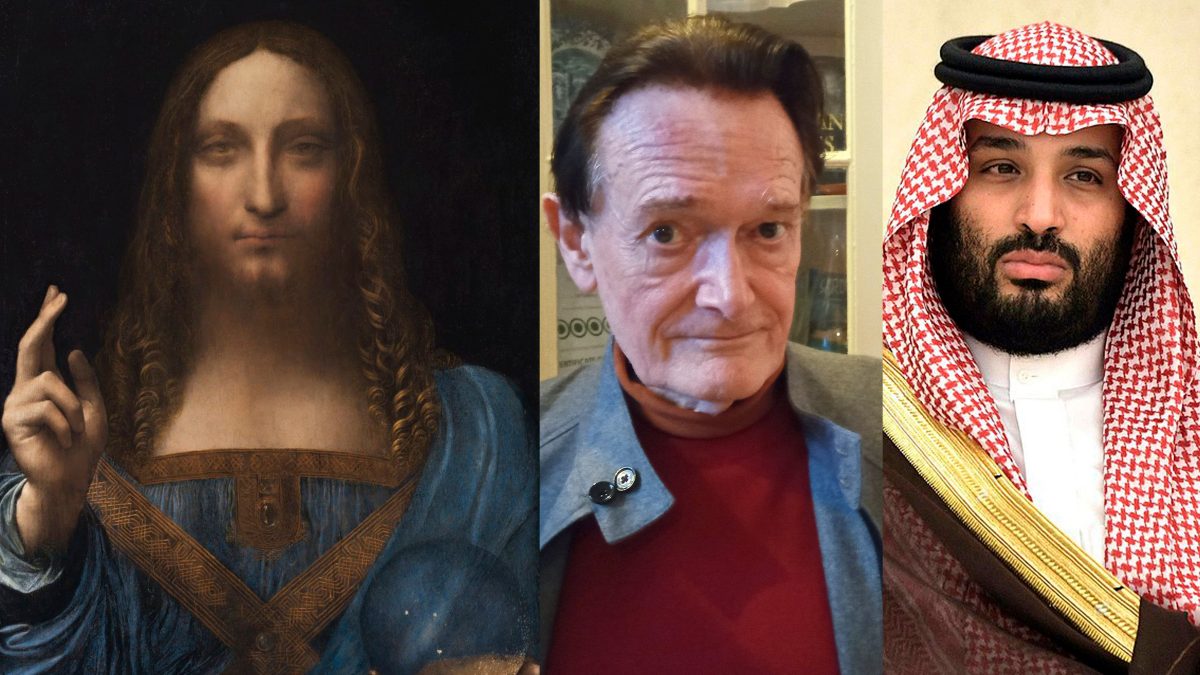 Leonardo da Vinci’s Salvator Mundi has been hidden from public view, its location and status unknown, ever since it was sold at a New York auction in 2017 for $450m.

But reports say that the British art historian Martin Kemp may soon be able to bring the world’s most elusive painting “into the light,” according to his comments made at the Cheltenham Literary Festival on Tuesday this week. Reported by the Times, Kemp said that he had been summoned to Saudi Arabia to inspect the painting on the invitation of the Saudi Arabian Crown Prince Mohammed bin Salman Al Saud, who is he says is building an art gallery in which to display the world’s most expensive painting. The Times reports that Kemp said at the festival: “It is in Saudi Arabia and the country is constructing an art gallery, which is to be finished in 2024 I think. There have been moves to get me out to look at it.”

Asked for further comment by The Art Newspaper, however, Kemp states: “I have no direct contact with anyone in Saudi Arabia about the Salvator, and I certainly have not received a ‘summons’.” He added: “I still have no incontrovertible evidence about the ownership or location of the painting. Saudi ownership seems plausible but not proven. If I have any role in this, it would be to support it being made available for public viewing as soon as possible. If a visit to Saudi would facilitate this, I would be willing to travel.”

The painting was officially acquired at a Christie’s auction in New York by Badr bin Abdullah, believed to be acting as a proxy for Crown Prince Bin Salman. It was bought for $450m, making it the most expensive painting ever sold at auction. The painting is yet to be exhibited since it was acquired.

Kemp, an emeritus professor of art history at the University of Oxford, was pivotal in attributing the restored painting to the Italian Renaissance artist Leonardo da Vinci after it was sold to a consortium of art dealers in New Orleans in 2005 for just $1,175.

Twelve years later, the strange portrait of Christ was paraded in front of collectors in New York. It marked the last time the painting was seen in public. Unconfirmed reports have since placed the painting in a storage facility in Switzerland and onboard Mohammed bin Salman’s personal yacht.

Leonardo’s portrait of Jesus Christ has been dubbed “the male Mona Lisa”, depicting Christ raising his right hand in a blessing. A transparent orb is balanced in the palm of his left hand.

The painting came to auction in 2005 at the St. Charles Gallery auction house in New Orleans, US. It was consigned from the estate of the Baton Rouge businessman Basil Clovis Hendry Sr. The image had been heavily overpainted, leaving many specialists to assume it was merely a copy of the original work.

The restored work was later included in a major exhibition of Leonardo’s work at London’s National Gallery in 2011.

The painting remains a source of dispute among art historians. Some believe Leonardo only partially contributed to the picture, and that its authenticity can not yet be definitively confirmed.

Saudi Arabia will next year open the Wadi AlFann, a huge cultural complex near the city of AlUla. The British curator Iwona Blazwick, the former director of the Whitechapel Gallery in London, is advising the kingdom on cultural initiatives in a consultancy capacity.