Want More Colossal? Get the Best of Art and Visual Culture Straight to Your Inbox 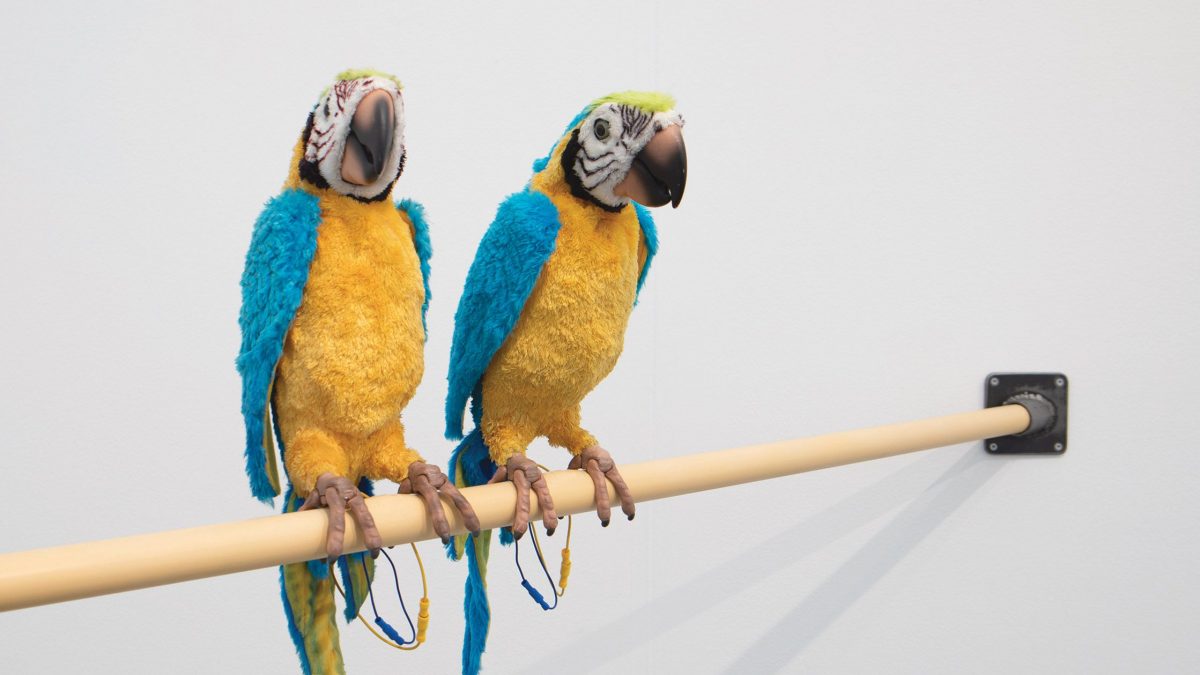 As always, the Focus section at Frieze London looks at younger galleries—those in operation for 12 years or less. It is what you might call the Frieze fringe, and its tighter structure and more open stands make it feel friendlier, more discursive, less formal and less competitive, perhaps, than the main section. But even though the 35 galleries from across the globe are showing work that might reflect a more cutting-edge sensibility than elsewhere at the fair, it doesn’t mean everyone here is emerging: in this selection of eye-catching stands, while most of the artists are in their 30s, Estonian Kaarel Kurismaa was born in 1939.

Choisne’s works evoke the esoteric religion that underpinned much early Modernist abstraction, Theosophy, while also exploring colonial histories. The French Haitian artist calls five of the works here Mémoires akashiques—“akasha” in Theosophy is the primordial material of the universe. Choisne alludes to the notion of intertwined matter and meaning in panels made using jesmonite and food pigments. Images found in colonial archives, including botanical and zoological drawings and religious figures, are laser-etched into their surface. Three panels stand on glass plinths, while two are hinged to the stand’s walls, which Choisne has also decorated with clumps of paint and plaster. This complex environment is completed with a walnut sculpture of a Venus and a survival blanket embedded with objects left behind in refugee camps.

Nabuqi, born in 1984 in Inner Mongolia, China, creates sculpture that sits on the cusp of art objecthood and domestic function. Her pieces are enigmatic: at the heart of the stand is a low, circular table made in acrylic. Placed on it are a bowl, a draped textile, some balls and a series of hoops. Behind it on the wall is an undulating lightbox with a repeated image of a bird (a wire-crested thorntail, apparently), with patterned wallpaper beneath it. Alongside that is a Pop-artish phallic yellow oval made in leather. It’s a curious tableau: as if we’ve walked into a domestic space in the aftermath of some sort of game or ritual.

Kurismaa was born in Estonia in 1939 and was a leading figure in kinetic and sound art during Soviet times. His work from that period no longer exists, but his installation at Frieze reflects 25 years of practice. On the floor is Intermezzo (1997), in which tiny cymbals mounted on folded metal strips are struck by mechanised beaters, prompting gentle ringing that can be heard across the Focus section. Also on view are sculptures made with clusters of school bells painted grey and works in which ticking timers are set within circular forms made with layers of painted wood. Wall paintings complete the setting for an intriguing sonic and visual ensemble.

Anyone remember Squawkers McCaw? The animatronic parrot was launched in the mid-2000s by Hasbro—a life-size toy that would talk, eat toy crackers and even sing and dance. German artist Gerrit Frohne-Brinkmann has gathered a cluster of rather sorry-looking Squawkers on internet auction sites. Sitting on metal “branches” across the stand, damaged and soiled (the installation is called Dirty Parrots), they still shuffle, flap their wings and flutter their eyes but seem somewhat chastened amid the Frieze hubbub. Apparently, they also utter remembered statements from previous owners, but I only heard the occasional, muted caw. Of course, they’re a symbol of technological progress—clunky anachronisms compared to today’s virtual cute companions. Corralled in this mini-zoo, they are a rather elegiac presence.

Meet two distinct but enticing US artists. Dunham’s painting, swing-like reliefs and hanging sculpture are all about their materiality. Dunham is described as both an alchemist and an artist, and has invented a material called H+, which transforms over time. So everything is in flux: liquid arrested as it forms, solids dissolving. Women’s History Museum, meanwhile, a two-person collective formed by Amanda McGowan

and Mattie Rivkah Barringer, operates between art and fashion. The duo’s work here takes two forms: photographic pieces including a poster for their recent collection, The Secret Litter of My Metropolitan Fashion Life (2022), featuring a female figure lying amid fashion debris and rats; and a sculptural piece with a mannequin surrounded by shoes. They include stilettos bedecked with drugs—a whole new meaning for high heels.

Latvian artist Grantina recently had a residency near Lake Orta in Piedmont, Italy, and her small, abstract reliefs reflect on her time there with a watery lyricism. Grantina took note of everything on the lake—from the ripples and reflections of light to the insects that skate on its surface. She achieves powerful effects with a light touch: pieces of plywood cut into undulating or angular shapes, stained with ink; fabric forms that flow like liquid, set in silicone. But there’s also a spareness—a tough directness—in her method: the fabric is clearly stapled onto the wooden supports with a staplegun, for instance. Arranged around the stand, the reliefs have the appearance of glimpses of experience, memories captured poignantly and elegantly.