The late Denyse Thomasos, a star of the latest Whitney Biennial, lives again in Toronto 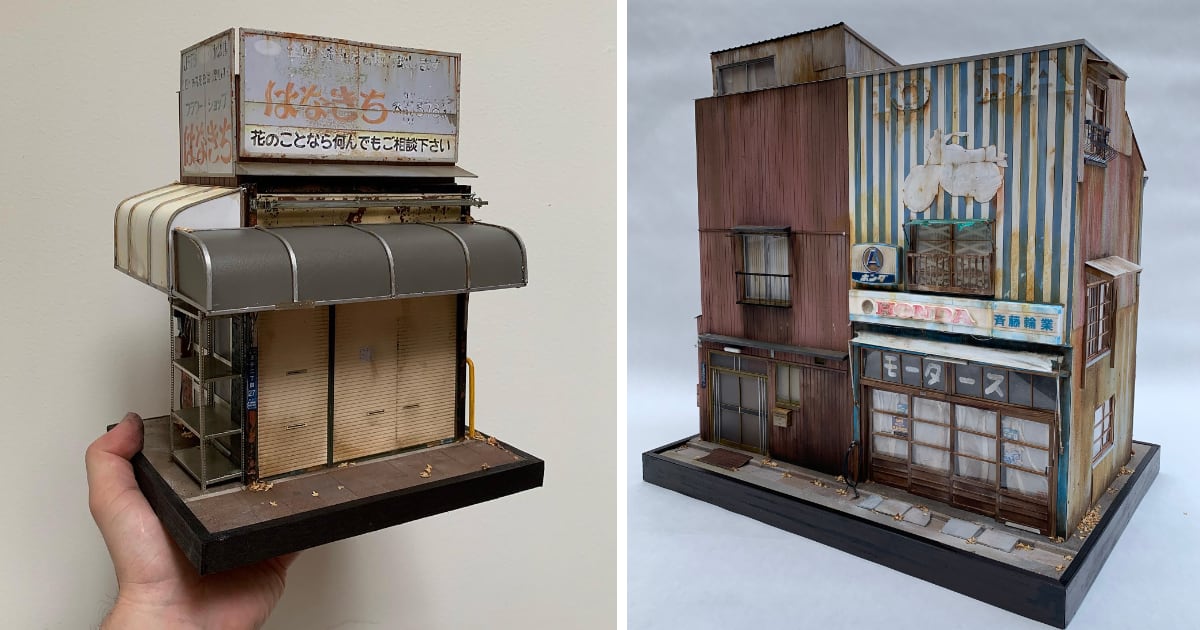 From his studio at Skeppsholmen, the small southern island in Stockholm, Christopher Robin Nordstrom constructs precise miniatures of Tokyo’s architecture. Flower shops, hair salons, and neighborhood police stations known as kōban are recreated at 1:20 scale from materials like MDF board, styrene plastic, wood, and brass. The tiny models are both quaint and true to city living: little air conditioners nestle into windows and autumn leaves float across the sidewalk, while trails of rust run down walls and street dirt splatters on doorways and facades.

Nordstrom shares that his dad built model planes and trains throughout his childhood, and after a trip to Tokyo in 2018, the artist decided to try a tiny construction project himself. “I (was) struck by all the small weather houses with amazing patina. Back in Stockholm, I was really tired of just ending up in front of Netflix each night,” he says. “I really wanted a nice kitchen table hobby.”

That pastime has since grown into a vast collection of architectural works in an array of styles and forms, which you can find more of, in addition to glimpses behind the scenes, on Instagram. (via Present & Correct) 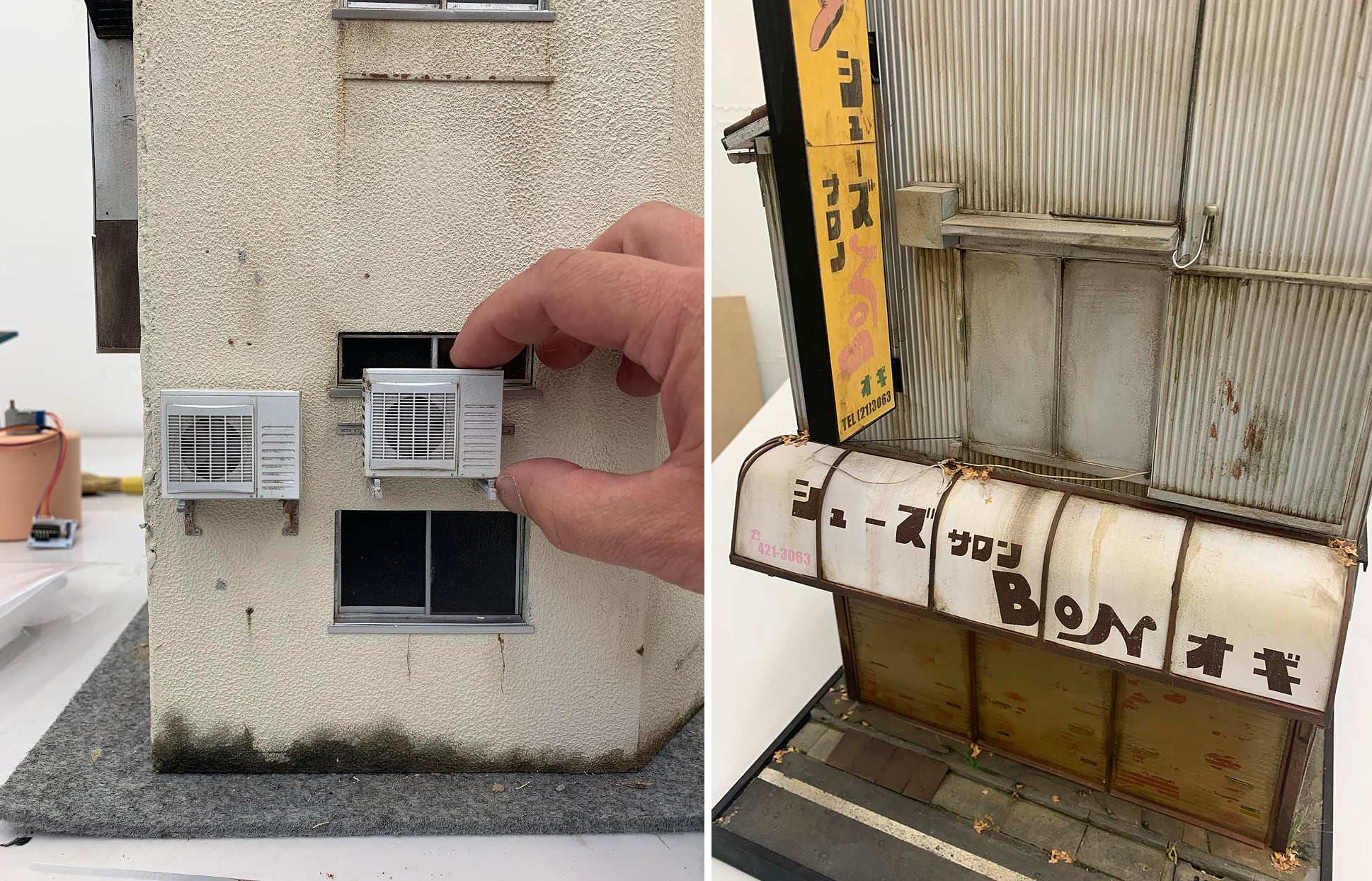