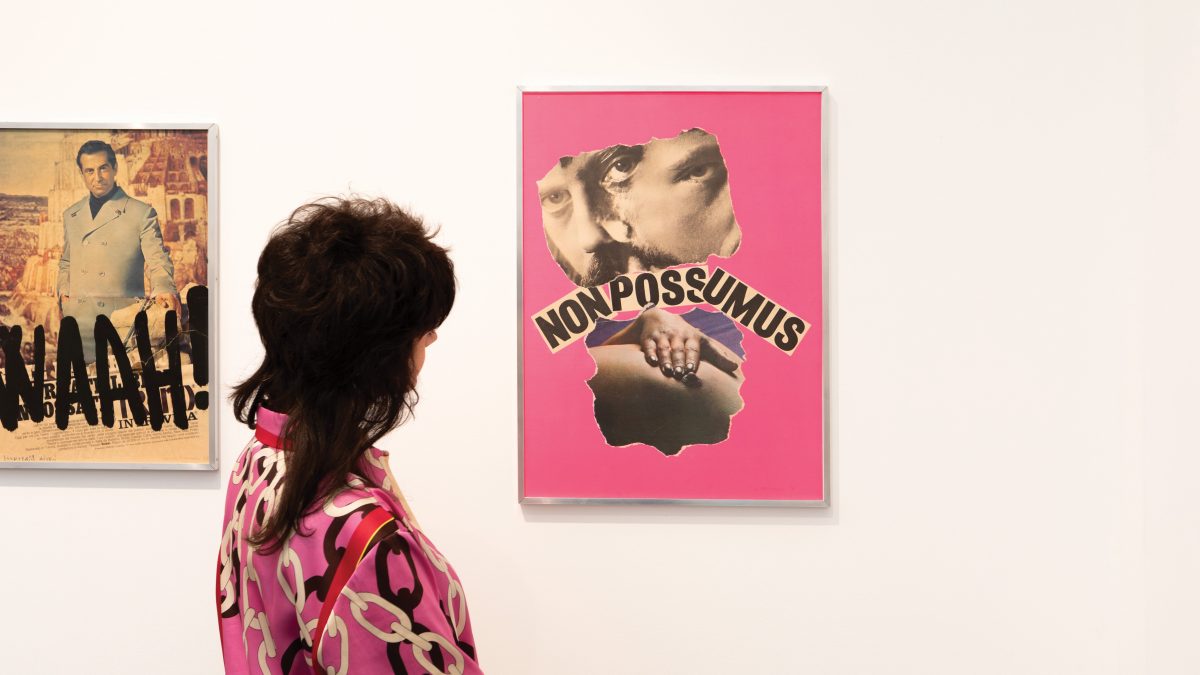 There is a feminist revolution underway at Frieze Masters, with a careful selection of 20th-century women artists occupying 26 stands in the Spotlight section. Curated by Camille Morineau, the co-founder and research director of the Paris-based Archives of Women Artists, Research and Exhibitions initiative (AWARE), and her team, the focus is on lesser-known names. “This is a strong statement as to the fundamental importance of women in 20th-century art history, which has too often been forgotten,” her introduction reads. Here, she discusses six key presentations.

This portrait depicts a man painted in an Italian Renaissance style but he is really androgynous, dressed in sumptuous clothing that feminises him with a plume that resembles long hair. It is ambiguously erotic, which is typical of Fini’s work; she is known for challenging stereotypes. For me, it is a proto-queer work that resonates strongly with today’s perspectives on art and with queer and non-binary practices. Fini also made jewellery and there is an example here: a horn-shaped piece that you can wear as a bracelet, necklace or headpiece, held by a mannequin that she clothed similarly to how she dressed. She was a very eccentric character with an eccentric life!

Nike Davies-Okundaye, Osun, The Goddess of the River (1987)

This work depicts Osun, a goddess of the Yoruba culture, and it is made with the adire dyeing technique, using indigo pigment. Davies-Okundaye (also pictured) is the head of a group of artists in Nigeria who are reviving the adire tradition. It also speaks to female empowerment; it shows a woman reigning over the world. You can feel how strong she is; she is an animal-human hybrid. The work is visually strong but also super simple. Nigeria has a very vivid art scene, where a lot of women artists have been visible and successful.

These photographs were taken by the Hungarian artist in natural history museums, looking at the scientific objectification of the female body. It also addresses the fact that medicine was based on men’s bodies. To view this work, you look through a lens that is placed in between an installation of white objects that look like teeth, or bones, or stones. You really feel like you are observing an object scientifically. We wanted to show that Eastern Europe has a very strong art scene, where women artists have been radical, working under very repressive political regimes.

Choi is a very important Korean American artist and her Abstract painting is really an intersection between two cultures. It is inspired both by the American Abstract Expressionist movement but also the Korean calligraphy that she practised. You can feel that in these very colourful paintings, especially this work from 1966, which is when she arrived in the US. You can feel that she is aware of the gestural, American way of painting, but there is also something controlled and slow about this gesture, and that comes from her calligraphy.

Balassanian is an Iranian artist, best known for her Abstract work. But we selected a political series, which started a completely new kind of work for her. The series was made after the Iranian Revolution of 1979. Balassanian has created collages using photographs of herself as a hostage alongside other photographic work from different parts of the world. But what’s interesting—and quite tragic—is how the work resonates with what is happening in Iran today. There is something dreadfully contemporary that we could not have imagined when we made the selection.

Marcucci is an early feminist artist using collages in super-interesting ways. Some of the works here relate to art history, such as those using prints that were made by covering a woman’s body in paint in an echo of Yves Klein’s work of the 1950s and 1960s. He called the works “Anthropometry” and described the naked women he used as “human paintbrushes”, so I think Marcucci is using similar prints in a mocking way. The work includes different collages of men looking directly at us and, below, part of a woman’s body with the words “Non possumus”, meaning “we cannot” in Latin. It’s a very strong political work that could easily have been made by a young woman artist today.