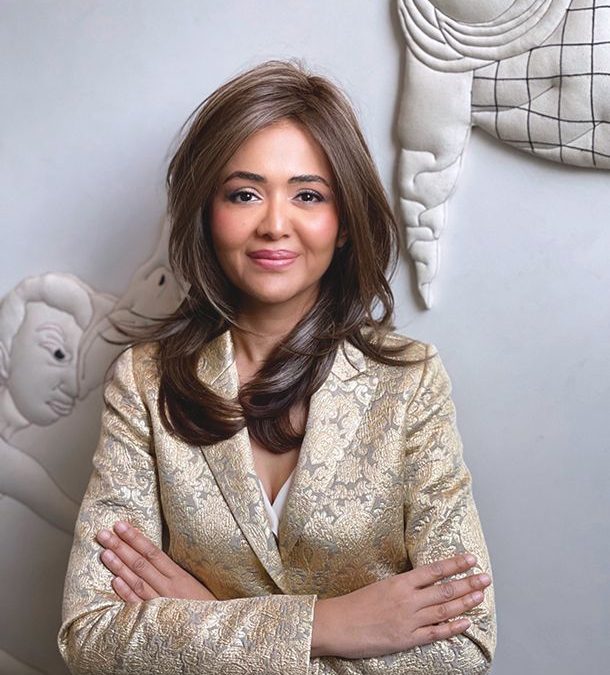 In the nearly three decades since she began collecting, Aarti Lohia has developed some clear opinions about art philanthropy. Based in London since 2016, following stints in Singapore and Indonesia, she remains focused on India, where she is originally from—and where she feels her efforts are best served. “Indian collectors give back to get something in return,” Lohia says. “We have a long way to go in fostering a philanthropic culture.”

Recently she has taken the helm of the SP Lohia Foundation, founded by her father-in-law, the Indian-born Indonesian industrialist and lithograph collector Sri Prakash Lohia. The foundation’s endeavours include a recent donation to the National Gallery in London to support its Modern and contemporary programme. Lohia also plans to fund an area she feels gets little attention: archiving and digitisation. “South Asian art archives are by and large inaccessible, and rarely impressive,” Lohia says. “You need to work to keep archives alive through systematic documentation. Not enough philanthropists are interested in this field, but it’s vital.”

Lohia also sits on the board of the Kochi Biennale Foundation and is a member of the Council of the Serpentine Galleries, Tate’s South Asia acquisitions committee and the Victoria and Albert Museum’s International Council.

Aarti Lohia: The oil painting Looking for Wings (2002) by the Indonesian artist Putu Sutawijaya. I bought it from an auction house as a 19-year-old newlywed for my marital home in Jakarta. It’s explosive, orange and two metres long.

What was your most recent buy?

From Galerie LJ in Paris I bought a watercolour by Rithika Merchant from her Festival of the Phoenix series (2021-22). What I like about Merchant, who splits her time between Mumbai and Barcelona, is that she’s a bit East-meets-West like me. I first noticed her from her collaboration with the fashion brand Chloé. As a board member of the British Fashion Council and a textile collector, I love it when fashion and art overlap.

A 1977 photograph by Martin Parr: it shows two men sitting in a Hungarian bath playing chess. My son is a young chess champion, so the work captures a lot about my life.

It’s less about money, and more because this artist’s work doesn’t come up in the market often: Nicholas Roerich, a Russian painter and philosopher. He used to make the most incredible paintings of the Himalayas—I’ve never seen anything like it. I’d buy all his works.

I love fashion and fabrics. I have a mannequin at home on which I display antique textiles such as Phulkari embroidery or couture pieces like an Alexander McQueen jacket.

What did you wish you had bought when you had the chance?

A watercolour series by Nalini Malani, who has an upcoming National Gallery London show [2 March-11 June 2023]. I was offered it by her galleries years ago. Now I hit myself for not having purchased it.

Shilpa Gupta, who I have immense respect for. She is one of the most brilliant minds in the art world globally. I would invite her, and then William Kentridge, who speaks very well, to explain Shilpa’s works to me, as they’re sometimes very difficult for me to understand. And I’d like to meet Basquiat. I’m interested in his journey from a DJ to a visual artist.

Haha! I’ve never received advice. I was very young when I started collecting and the concept of art advising is new to me. It’s all been my own research.

I haven’t bought an NFT. For me art is an experience, and buying contemporary artists is about getting to know the artist personally. NFTs feel too transactional.