A Major Exhibition and Monograph, Amy Sherald’s ‘The World We Make’ Shapes a Hopeful Future Through Monumental Portraiture

‘If you love it, don’t give a fuck what anyone else thinks’: restauranteur Jeremy King on what he collects and why 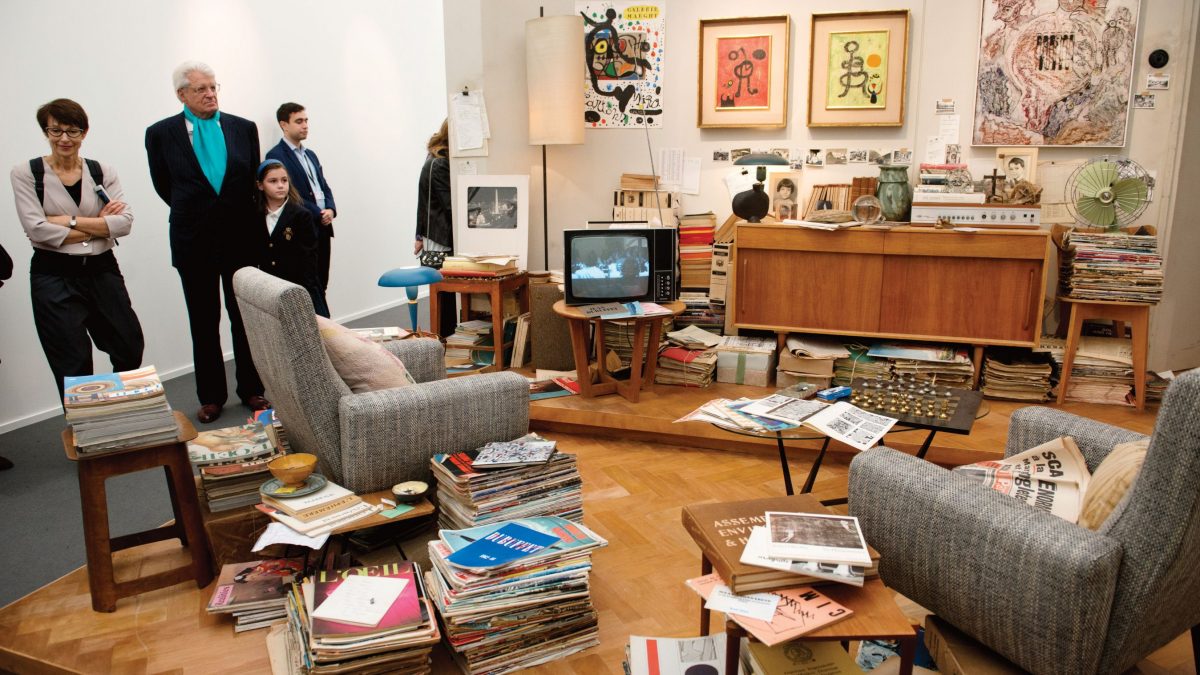 A home for centuries-old art, Frieze Masters is only just turning ten this year. In 2012, Frieze, London’s already well established contemporary art fair, launched a sister event dedicated to art made between Antiquity and 2000. Frieze Masters took up residence in its own tent, a brisk 15 minutes’ walk away from the original fair in Regent’s Park.

The project had been two years in the making, recalls Victoria Siddall, Frieze’s then head of development and the first director of Frieze Masters. “Some collectors and galleries had been suggesting that Frieze should launch a historical fair alongside the existing event,” she explains. Company co-founders Matthew Slotover and Amanda Sharp “tasked me with conceiving one that felt fresh and contemporary—a Frieze take on a traditional model”.

The decision was bolstered partly by the scuttling of the Grosvenor House Art and Antiques Fair in 2009. “London has always been reputed for its expertise in older art, and we wanted to give a platform to that,” Siddall says. Of course, the idea was also to encourage the much-craved practice of crossover collecting, with traditional collectors discovering the new and younger generations being wowed by the old.

That first edition of the fair attracted 101 exhibitors, a number that quickly increased to around 120; this year there are nearly 130. The eclectic mix of Renaissance paintings, tribal art, antiquities and Modern art was set against a minimalist backdrop designed by the architect Annabelle Selldorf in neutral grey tones. Siddall says: “Today that doesn’t seem so startling but, at the time, many Old Master dealers had never shown on anything but dark-red walls.” Incidentally, the previous year had seen the hugely successful publication of E.L. James’s erotic novel, Fifty Shades of Grey, and Siddall grimaces: “Yes, we got lots of jokes about that as well.”

Frieze Masters welcomed some spectacular stands over the following decade. One showstopper was Helly Nahmad’s 2014 reimagining of a collector’s cluttered apartment in Paris in 1968. And in 2018, Dickinson’s Barbara Hepworth presentation channelled the spirit of her sculpture garden in St Ives. Art dealer Emma Ward, who has now established her own business, was then the gallery’s managing director. “Frieze Masters got it right from the beginning,” she says. “It is not overwhelmingly big, and there is such an educational side to what is shown. And we met some really good clients at the fair.”

But tastes are changing, and the art market is not immune. This year sees an emphasis on women artists at the fair, something that just ten years ago seemed less imperative. Auction prices have soared for works by a new generation of women, many of them artists of colour. Spotlight, the section of Frieze Masters dedicated to 20th-century art, features an all-female line-up curated by Camille Morineau and her team at the Paris non-profit Aware (Archives of Women Artists, Research and Exhibitions). But it is worth remembering, as the fair’s director Nathan Clements-Gillespie points out, that the first Spotlight, organised by Adriano Pedrosa, included such pioneering women as Geta Brătescu, Lygia Pape and Birgit Jürgenssen.

“I think over the last ten years Masters has become much more international, both in the variety of works offered and the exhibitors,” says Nick Maclean of the New York and London dealership Eykyn Maclean, which has participated in the fair eight times. Maclean knows the fair well; he is a member of the selection committee.

But while Frieze Masters makes great efforts to bring lesser-known artists to the fore, its emphasis is inevitably on the tried and trusted. And here the headwinds for fairs specialising in older art are not necessarily favourable. Hit by scandal in recent years, the once-famed Paris antiques fair La Biennale has been folded into a new event, Fine Arts Paris & La Biennale, which makes its debut from 9-13 November. Tefaf scrapped its New York autumn edition for traditional art and antiques, although it continues to hold a spring event focused on Modern and contemporary works.

Nevertheless, Maclean maintains that “there is definitely a place for more traditional fairs” such as Frieze Masters. “You have unbelievable manuscripts and antiquities, for instance, alongside Modern art. And so many people go to both [Frieze] fairs,” he says.

So, what about that elusive crossover collector? Johnny van Haeften, the London-based Old Master dealer, has one such client: a contemporary art collector who bought a Salomon van Ruysdael landscape “because he just loved it”. Van Haeften, who is showing four or five Dutch paintings from a private collection at Frieze Masters, admits that the number of specialists in his field is dwindling. “We’re not getting any younger,” he chuckles. “Old Masters are perceived as old-fashioned taste, but they have held their value for 400 years, so buying is more about preservation of capital rather than the huge gains—or equally possible losses—in the contemporary market.”

Another exhibitor has cleverly bridged the gap within the same gallery: Robilant+Voena, a partnership between Edmondo di Robilant and Marco Voena, offers both Modern and Old Master works. “We are more likely to see collectors move from Old Masters to Modern,” Di Robilant says, “but at the same time, I am certainly not giving up on Old Masters, and we have been pretty successful selling works to American museums.” The gallery is fresh from its foray to the small Masters section of the inaugural Frieze Seoul last month. The stands were “rammed with people from opening to closing time”, Di Robilant says, and they made sales including an Old Master.

Ben Brown, a dealer based in London, Hong Kong and Palm Beach, has shown at Frieze Masters since 2013 and says: “For me, except for one year, it has always been successful commercially. But I do see changes along with the art market itself.” The biggest shift is Brexit, which many dealers lament because of the paperwork required, as well as the taxes. “With Brexit, if an Italian buys from me and re-imports, he or she will pay 10% tax on their purchase, whereas if they buy in Paris, they pay nothing. This is a real challenge for London,” Brown says.

Daniella Luxembourg, another Masters stalwart, agrees that London’s fiscal situation is unfavourable, but emphasises its “safety, stability and huge cultural offerings”, Brexit notwithstanding. “Frieze Masters fulfils collectors’ desire to learn,” she says. “It’s up to us dealers to create a good fair and, as long as we do, Masters will continue to be an excellent platform for a whole range of art.”