Abbas Zahedi: Meet the former doctor and MC who is this year’s Frieze Artist Award winner

Battle of the Francis Bacons: two multi-million-dollar paintings face off at Frieze Masters 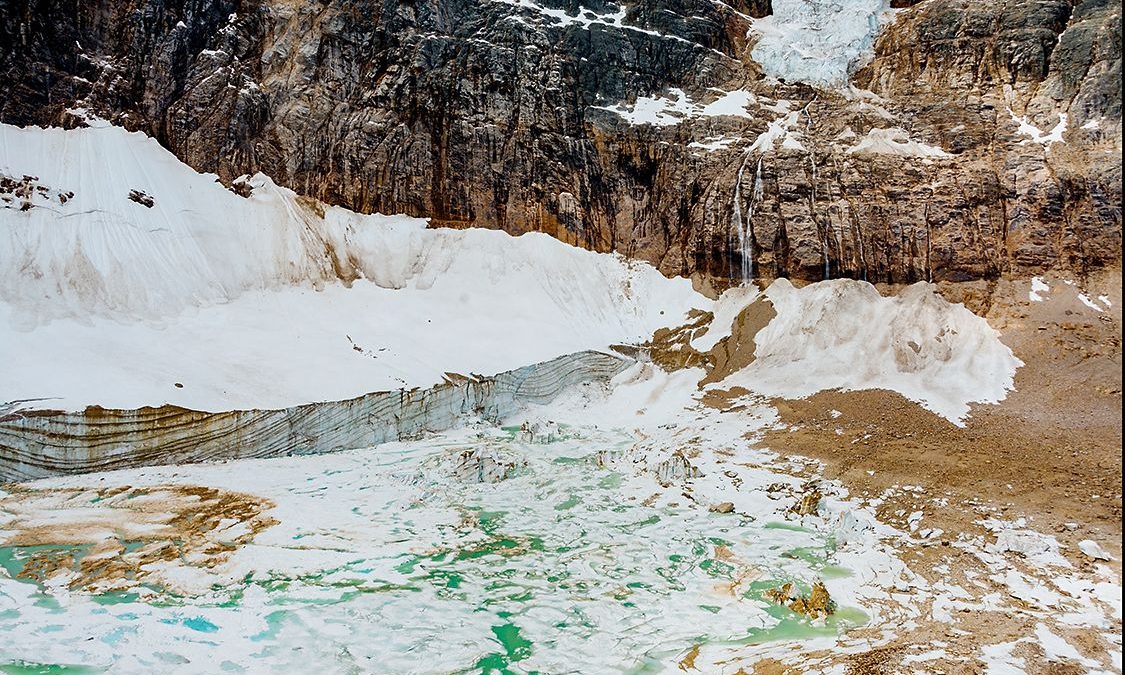 As the largest photography biennial in the US, FotoFocus is an ambitious undertaking that showcases leading figures in photography and explores the capacity of the medium itself. More than 80 venues across Cincinnati, Columbus and Dayton, Ohio, as well as Northern Kentucky, are participating in the 2022 edition, which began last month and features over 100 projects, including 12 that were commissioned especially for the exhibition. The title of FotoFocus 2022, World Record, refers to the role of photography as a means to record, as well as a more conceptual interpretation of the records—good and bad—that humanity has achieved.

Topics covered centre on the broad theme of climate justice, encompassing political, social and environmental issues. “Climate justice demands justice for not only the weakest and most vulnerable members of global society, but also justice for the planet itself, its animals, plants and delicate biological systems,” says Kevin Moore, the artistic director and curator of the show. “The theme should be understood as a hub for all these interconnected factors: climate, environments—both natural and manmade—human society, political struggle and a record of all these roiling parts as documented through photography’s various technologies.”

Included in the biennial are exhibitions hosted by local museums and institutions, as well as site-specific installations. Among the installations are a drive-in tableau on salvaged windshields by Liz Roberts and an architectural intervention by Ian Strange. The Cincinnati Symphony Orchestra will also present Sun Dogs, a programme that pairs composers and filmmakers that will be performed from 14-16 October at the Cincinnati Symphony Orchestra at Music Hall.

The duration of certain projects and costs vary depending on the host, although many are free throughout the year and fees are waived in October for all who sign up for the biennial’s free passport.

One of the engaging exhibitions is On the Line: Documents of Risk and Faith at the Contemporary Arts Center in Cincinnati. Curated by Makeda Best and Kevin Moore, the exhibition includes works by Mitch Epstein, Xaviera Simmons and Allora and Calzadilla that address the relationship between humans and nature through issues of climate change, power and heritage. The show explores how the photographic lens—including photography, film and film stills—records ephemeral acts of risk and faith, as well as moments that mark global threats and phenomena.

The makers of the images and the subjects they depict are, as Epstein said in a panel discussing the show, putting themselves on the line by participating in and witnessing the moments they document. Epstein’s work on view includes an image of tree-sitters in Pennsylvania protesting a pipeline threatening their land from his Property Rights (2017-21) project, a series that documents communities fighting for their land rights. The landowners were arrested and the trees were cut down just a few months after Epstein’s image was made.

The nearby National Underground Railroad Freedom Center features an exhibition that explores the historic and contemporary role of photography and film in understanding slavery and its aftermath, titled Free as they want to be: Artists Committed to Memory. The show includes works by 19th-century photographers like James Presley (J.P.) Ball who provide context for the legacy of Black photography in Cincinnati, as well as several contemporary artists who depict figures from history, in particular Frederick Douglass.

“The artists in our show are in dialogue with the Freedom Center’s social justice mission in presenting narratives of freedom and possibility,” says Cheryl Finley, who co-curated the exhibition with photography scholar Deborah Willis. “The site of the Freedom Center is key: on the banks of the Ohio River facing the Southern slave state of Kentucky. The powerful story of the Underground Railroad is taken up by Dawoud Bey in photographs from his Night Coming Tenderly, Black series (2017) and by Daesha Devón Harris in her moving underwater video, I want to cross over (I love those words…Liberty, Justice, Freedom), from Just Beyond the River (2016). Both works imagine the clandestine movements of freedom and possibility.”

The context of Freedom Center reflects FotoFocus’s larger role of engaging with Midwestern and Southern audiences. Opening weekend programming touched on these regional outlooks. The keynote speaker Jeff Orlowski-Yang, the director and producer of the documentaries Chasing Ice (2012) and Chasing Coral (2017), addressed the importance of engaging with social and environmental issues in areas outside of liberal, coastal audiences. He discussed the process of creating tangible evidence of climate change through film and the power of documentation to change people’s perspectives. While opening weekend attracted a handful of visitors from generally liberal-leaning places like New York and the Bay Area, the overall demographic was local and diverse.

The projects and exhibitions brought together under World Record beg the question of why these specific records are significant. What emerges throughout the biennial is that the stories in FotoFocus act as evidence of something or someone that has been silenced. “The solutions to our problems have everything to do with the dominance of certain voices (corporate, political, money) and the suppression of others,” Moore says. Climate activists, enslaved people and their descendants, and LGBTQ individuals have been silenced throughout history and continue to be.

Unjust as the silencing may be, FotoFocus constantly weaves in moments of hope and reminders that the records are everlasting and have the capacity to connect people and ignite change. The exhibition Images on which to build: 1970-1990s is a particularly moving show that brings together photographs made by LGBTQ groups and people who documented their lives as a form of self-determination and preservation. The photographers and subjects had their legacies not only silenced, but also erased from cultural narratives. The show features Joan E. Biren’s (JEB) legendary, evolving slideshow of lesbian photography informally known as the “Dyke Show” that she toured around the US and Canada between 1979 and 1985, narrating over the course of two and half hours, and Lola Flash’s documentation of the LGBTQ community in New York in the 1980s, preserving and empowering moments of queer life as the HIV/Aids crisis rapidly grew.

“One of the goals of the exhibition is to show how robust and various trans and queer image cultures have been in the near past, during a time when dominant visual cultures have asserted a false narrative of absence, or at best, have anointed singular figures who are often decontextualized and made exceptional,” says the exhibition’s curator Ariel Goldberg. “We are in a time when there are more generations and experiences of trans and queer life aggregating and proliferating in digital spheres while the forces of repression are mechanizing tired attempts to tell us not to exist. I want to plant seeds of curiosity amongst viewers who may have not encountered this work and perhaps find some connection to it.”