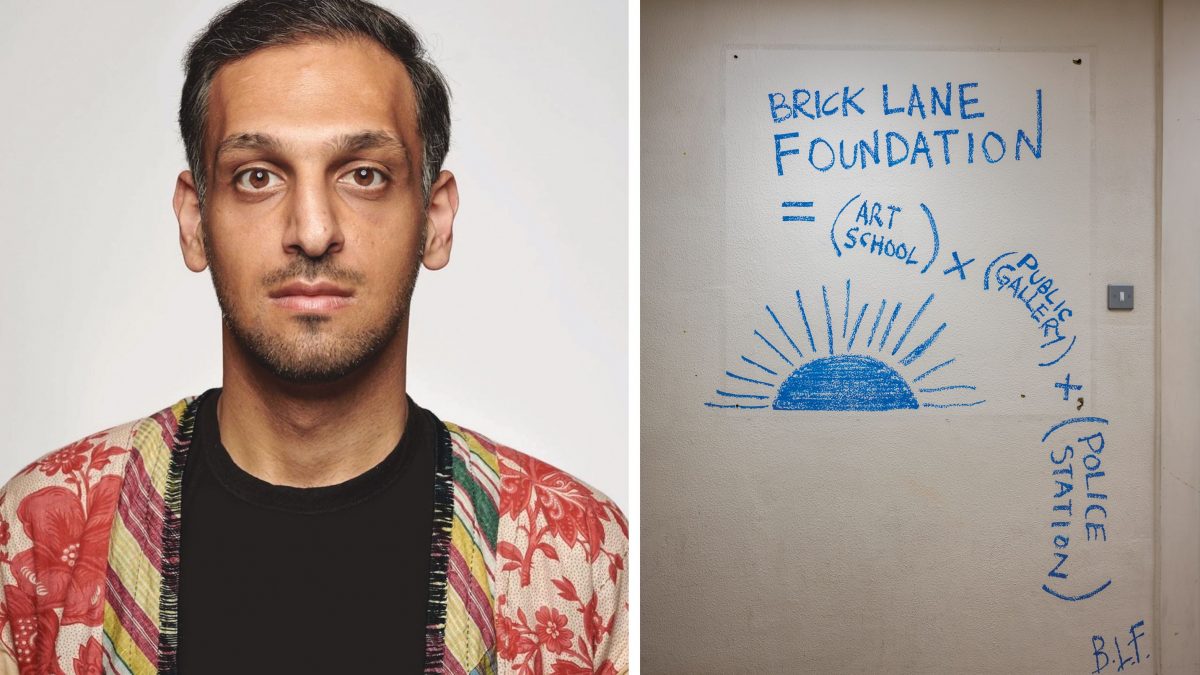 If a work of art could be truly transformative, what would it look like? According to Abbas Zahedi, the winner of this year’s Frieze Artist Award, it might not have a physical form at all. Zahedi’s radical practice blends the transcendental qualities of sound, space and people coming together, encompassing funeral rituals, collaborations with neurologists and sculptural instruments that turn breath into liquid into sound. Trained as a doctor, Zahedi fell into art almost by accident, participating in the Diaspora Pavilion at the 2017 Venice Biennale. Since then, he has graduated from Central Saint Martins, had a solo exhibition at the South London Gallery and shown at London Open 2022 at the Whitechapel Gallery. Drawing on diverse disciplines, his works are united by his interests in healing and creating community. Here, he discusses the unexpected forms his art has taken and why he resists making “yet another art object”.

The Art Newspaper: You initially studied medicine at university. Why did you leave this career path behind?

Abbas Zahedi: My ambitions were to become either a surgeon or a psychiatrist. After completing my academic training and most of my clinical placements, I decided to leave medicine in 2011 following the loss of my brother. I started organising grassroots community projects, including a food bank and a cultural space for marginalised and migrant communities. I saw this kind of work as an extension of my interest in holistic wellbeing and spaces that support life and living. It helped me to find an emotional release as well as a sense of connection with others—something that had often eluded me growing up.

How did you get into visual art?

In 2016, a friend told me to apply for the Diaspora Pavilion, an exhibition organised by the International Curators Forum at the 2017 Venice Biennale. I did not know what the Venice Biennale was, nor did I really think what I was doing was “art”. I have to thank [pavilion curator] David A. Bailey and [artist mentors] Hew Locke and Sonia Boyce, as well as the whole team and other artists for their guidance over that six-month crash course in contemporary art.

After Venice, I still did not really think of myself as an artist. Luckily, my late friend, the extraordinary artist Khadija Saye, roped me into applying to Central Saint Martins to study an MA with her. Due to the Grenfell disaster, Khadija never took her place on the course, so I spent the two years working in her memory while developing my own nascent practice.

I have been very lucky to have found a way to channel my experiences into something that benefits the public, while also allowing me to work through ideas and feelings which are hard to deal with outside of an art space.

Is it true that you used to organise a symposium at a fish-and-chip shop?

Yes, this was between 2010 and 2017, when a group of friends and I met regularly in the Grove Fish Bar next to Ladbroke Grove station [in west London]. The idea of this group of mostly second-generation migrants was to explore ideas around philosophy, the arts and our own sense of displaced heritage. The thinking we developed here, as well as the practice of convening with others, has been pivotal to my practice.

Your Frieze Artist Award work at the fair, Waiting With {Sonic Support}, uses sound to “hold and create space”. Can you tell us more about the installation?

The work aims to critically question ideas of an inside and an outside. The white-cube mode of exhibiting contemporary art is based on an inside-outside dichotomy, a divisive premise that intends to create a schism between art and an individuated body encountering it. I try to think of art spaces in terms of their systemic relations, and therefore situated the work as more of a process, as opposed to producing yet another art object.

At Frieze, I am using the “inside” space of international art to establish a prototype for a new form of civic infrastructure that conflates multiple sites: a public waiting area, a DIY bandstand and a support space. Outside the main entrance there will be a structure that recalls the form of a Central Asian Soviet-era bus stop. Within the enclosed space of the tent, I will establish a second “bus stop”. Over the course of the fair, I will be broadcasting a live open-mic programme between these two stops. These will unfold live within the external bus stop each afternoon. The stop inside the tent will allow people to listen to the open mics as they are streamed in from the outside.

By creating this infrastructure, and inviting a wider range of artists to contribute to its life, my aim is to begin to rethink the logic that creates rigid sociopolitical binaries, allowing us to consider the potential of art as a metaphorical bridge—one rooted in something grassroots and pedestrian.

Why are you so interested in exploring the possibilities of sound in your work?

For me, one of the most effective ways to create a holding space is through sound. Spending time in London’s spoken word scene and also being an MC, [I found that] sound always had this connection to a sense of sociality. I can remember whole nights where my friends and I would just sit together in a studio and listen to different demos.

Collaboration and public participation also seem very important to you.

I am collaborative by nature; I consider ways to involve others, together with spaces, histories, ideas and materials, in ways that feel meaningful and sensitive to the work. I often think in terms of each project creating a kind of community. This is not necessarily a direct communication through words or language. A sense of exchange can help to demonstrate the ways in which my own experience is both rich and limited, while also acknowledging the realities of others. Communities can be ways of holding space together, to honour our need for collective strength, which also gives us the support we require for our own individual journeys.