Trove of Benin bronzes in US museum collections repatriated to Nigeria 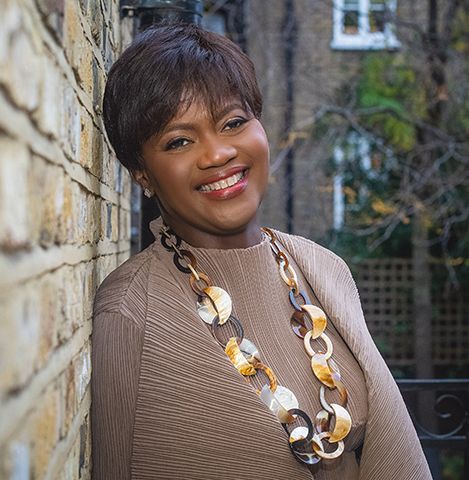 When Bimpe Nkontchou was growing up in Lagos in the 1970s and 80s, she took for granted the immense volume of Nigerian art around her. When she moved to London in 1995, however, the lack of African culture in the city was palpable. Not wanting her children to grow up without a sense of the cultural accomplishments of the continent, she began collecting Modern and contemporary African art.

Nkontchou, who trained as a lawyer, works as a wealth manager heading up W8 Advisory, a firm in London serving African entrepreneurs. Her skills and network have made her valuable on the African art scene: she is a director and trustee of Lagos’s Guest Artist Space (G.A.S.) Foundation and the London-based Yinka Shonibare Foundation as well as a member of the Africa acquisitions committee of Les amis du Centre Pompidou in Paris.

Bimpe Nkontchou: A signed print of Ben Enwonwu’s Tutu at [Lagos gallery] Terrakulture in the late 1990s. Enwonwu had been aspirational for a long time: I remember seeing his work at Festac 77 (the festival of art and culture) and being in awe. It’s regal and reminiscent of the Renaissance and, even though it’s a print, you can really see the brush strokes.

I think ideas about collecting with narratives in mind, and building value through that, are interesting

My two recent purchases are a quilt from Yinka Shonibare’s Modern Magic series (2021)—culminating from his study of Picasso’s appropriation of African masks—and an untitled Alain Joséphine painting from his “body and space” [Régale] series (2020-21).

It’s like asking if I have a favourite child! But I would say the Tutu piece, because I’m very emotionally attached to it.

The original Tutu to my print—it would bring my collecting full circle. I would also love to build a wing in my house for viewing art. So much work is in the hands of private collectors in Africa and there are very few places for young people to view art.

In 2012 Njideka Akunyili Crosby’s works were still accessible—£10,000 or £12,000 rather than millions. I saw her work at [London and Lagos gallery] Tiwani Contemporary in 2013 and went away to think about it. It’s now owned by the Pennsylvania Academy of the Fine Arts. So, you snooze, you lose—lesson learned!

On my phone or laptop. My screensavers are always works that I own, which is a fun conversation starter. Currently, on my UK mobile, I have an Alain Joséphine work.

I actually met Yinka Shonibare at a supper club in Lagos in 2012—from there I got involved with his foundation. I would definitely invite him back, and then Picasso and Basquiat. They all have some connection to Africa, and I think they’d get along!

Well, I collect for fun so the only maxim I follow is “buy what you like”. But I was at a talk at Unit 1 [arts centre], London recently discussing collecting for legacy. I think ideas about collecting with narratives in mind, and building value through that, are interesting.

No. Even though NFTs are becoming popular [in Africa], I’m still quite traditional. I want to see the techniques, the brush strokes… NFTs may work on Instagram but for me, on those digital spaces, the layers are not there.