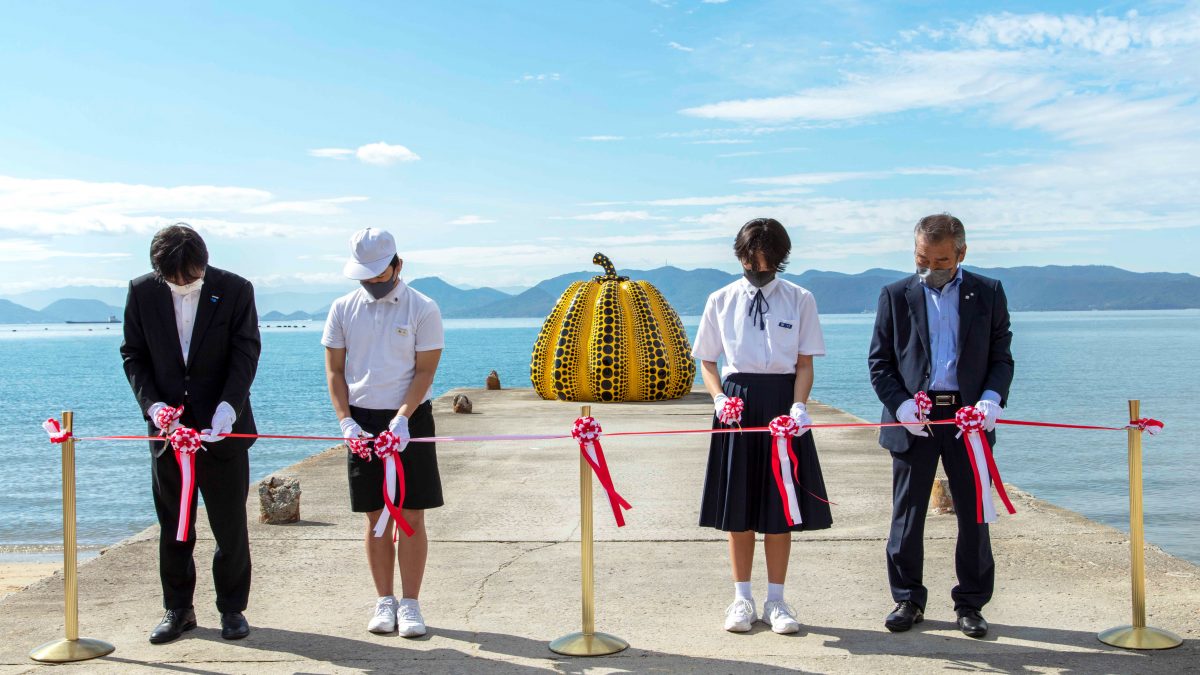 A polka-dotted pumpkin sculpture by Yayoi Kusama, blown into the sea off the island of Naoshima in Japan, is back on display following extensive restoration. The piece, entitled Pumpkin (1994), sat on the tip of a pier at the Benesse Art Site Naoshima in southern Japan but was dislodged by the stormy weather in the trail of Typhoon Lupit last August.

“Benesse Art Site Naoshima is pleased to announce that Yayoi Kusama’s Pumpkin, the outdoor sculpture displayed at Benesse House Museum that had been damaged by Typhoon Lupit, has been restored and will be exhibited at the same location as the original work,” a spokesperson for Benesse says.

The Instagram-friendly work, which is over six feet tall and eight feet wide, was “severely damaged” in the storm. Images of the hollow sculpture being tossed in the Seto Inland Sea became a viral hit on social media. “We will be adopting more robust disaster prevention precautions for the management and protection of artwork under our care,” the spokesperson adds. Pumpkin is made of fibre-reinforced plastic and metal and has a urethane coating. “The Kusama team made such an effort to create exactly the same work as the original [version]; they worked on it for over half a year,” the spokesperson says.

According to a Benesse exhibition catalogue, “the work [which was installed in 1994] was one of the largest pumpkins Kusama had made up to that point, and it was also her first sculpture created with an initial intention to be exhibited in [the] open-air… Kusama’s Pumpkin painted in yellow with black dots continuously changes the everyday landscape into something new.”

The Benesse Art Site Naoshima is the name given to the various art venues located across the islands of Naoshima, Toshima, and Inushima, in the Seto Inland Sea area funded by Benesse Holdings and the Fukutake Foundation. The Benesse conglomerate specialises in publishing educational materials.