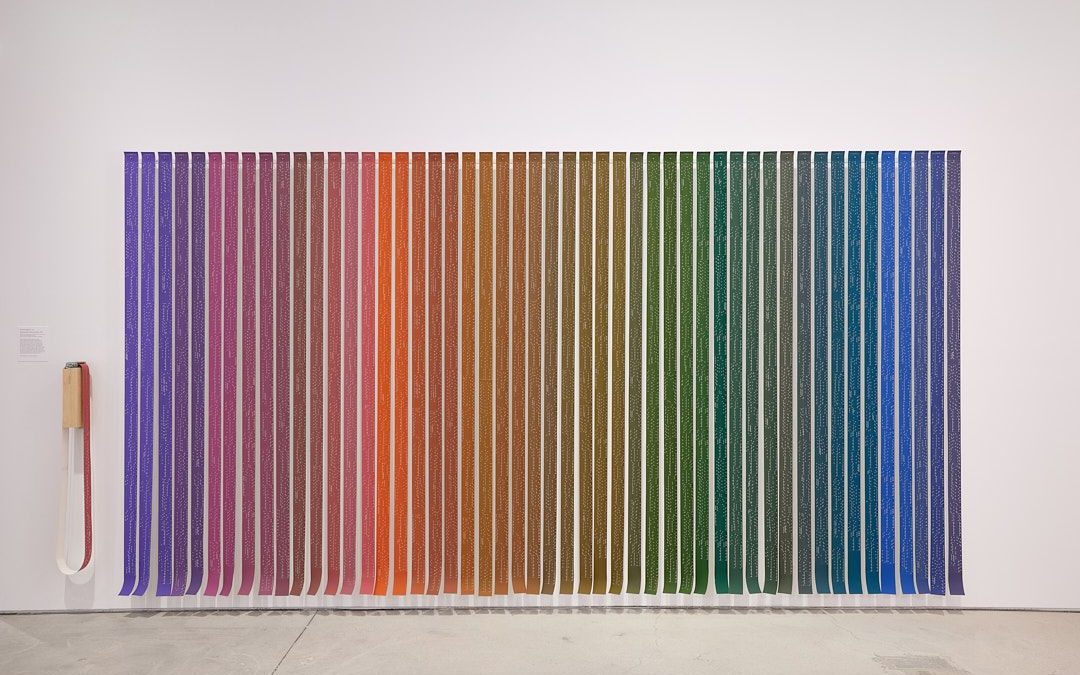 The Print Center New York, a non-profit founded in 2000 as the first American institution dedicated to fine art prints, reopened its doors on 8 October in a new location in Chelsea. It has signed a 10-year lease for a 4,100 sq. ft, ground-floor space at 535 West 24th Street that more than doubles its footprint and provides much greater visibility to its activities. It also has a new identity: the institution was previously known as the International Print Center New York. The name change underscores its mission to put print front and centre and be a hub for viewing and learning about prints.

“The vision is to give printmaking the recognition it deserves by positioning us as one of the essential, go-to nonprofit exhibition spaces in New York,” says Judy Hecker, the Print Center’s executive director. “We’ve been for a long time a medium-specific institution, but more under-the-radar than the projects we were doing deserved, and the artists that we were promoting deserve. So we want to be out there.”

Closed since March, the Print Center began looking for a new and larger space last year as part of its latest strategic plan. It was originally located on West 26th Street, on the fifth floor of a mixed-use building. While that space attracted loyal followers, it was less likely than a street-level storefront to attract casual visitors. The new headquarters, designed by architect Markus Dochantschi of the New York firm studioMDA, features an inviting, all-glass façade that provides full view of a lobby that will soon feature a small library, and a glimpse of the interior galleries.

The Print Center also received another critical update: a proper climate-control system to more safely exhibit works on paper. “We like being small and mighty—we’re not looking to become a huge institution, but we often ran out of space in our exhibitions,” Hecker says. “We can now better fulfil the kinds of shows that we wanted to do.”

Inaugurating the new galleries is Visual Record: The Materiality of Sound in Print, a group exhibition that explores how artists in the past half-century have used print-based processes to explore the relationships between sound and image. Works on view emphasise the potential of printmaking across various disciplines, from Bethany Collins’s artist book with laser-cut leaves to Jess Rowland’s Sound Tapestries (2022), a sound installation of suspended, copper-foil-printed acetate that resemble circuits. Many of the 15 artists are not necessarily known for printmaking, and the exhibition illuminates how the medium has informed their work.

“In the past, printmaking has often been considered a parallel practice to an artist’s ‘primary’ medium, but in reality it is often part and parcel to an artist’s practice,” says guest curator Elleree Erdos, the director of prints and editions at David Zwirner. “This exhibition and Print Center’s approach invigorate a long-overdue understanding of prints and printmaking as part of a non-medium-specific approach to art.”

Visual Record was originally organised for the Print Center’s former space, so Erdos was able to dream bigger and take advantage of greater square footage and higher ceilings. “In the old space, I could have presented maybe one thread of the larger narrative,” she says. “In the new one, the space allows visitors to see and make connections more organically as they move through.”

Along with its physical expansion, the Print Center is also growing its team and resources. It now has its first director of development, its first registrar and its first exhibition coordinator; Hecker hopes to hire its first curator in the next two years.

She also hopes to eventually ramp up its annual programming from three exhibitions to five. On the calendar for 2023 and 2024 is a show that places prints by Nicole Eisenman in conversation with the artist’s sculptures; a group exhibition spotlighting emerging artists participating in the nonprofit’s new pilot program, New Voices; and a solo show of prints by the late artist Margaret Lowengrund, a pioneering lithographer who was employed by the Works Progress Administration.

DEIA (Diversity, Equity, Inclusion and Access) is a central concern of the Print Center’s strategic planning, and one of its goals is to amplify diverse artistic and curatorial voices, Hecker says. Additionally, all of its programming is free to attend, including artist conversations, performances, and weekly guided tours on Saturdays.

“One of our tenets is to be a champion of print, but also to situate print within a broader artistic and cultural discourse so it isn’t seen as an isolated medium you need to have an expertise to understand,” Hecker says. “We want to be a resource. It’s not meant to be a print centre that is only for the cognoscenti of printmaking.”