With upcoming Picasso exhibition, comedian-turned-curator Hannah Gadsby will have the last laugh 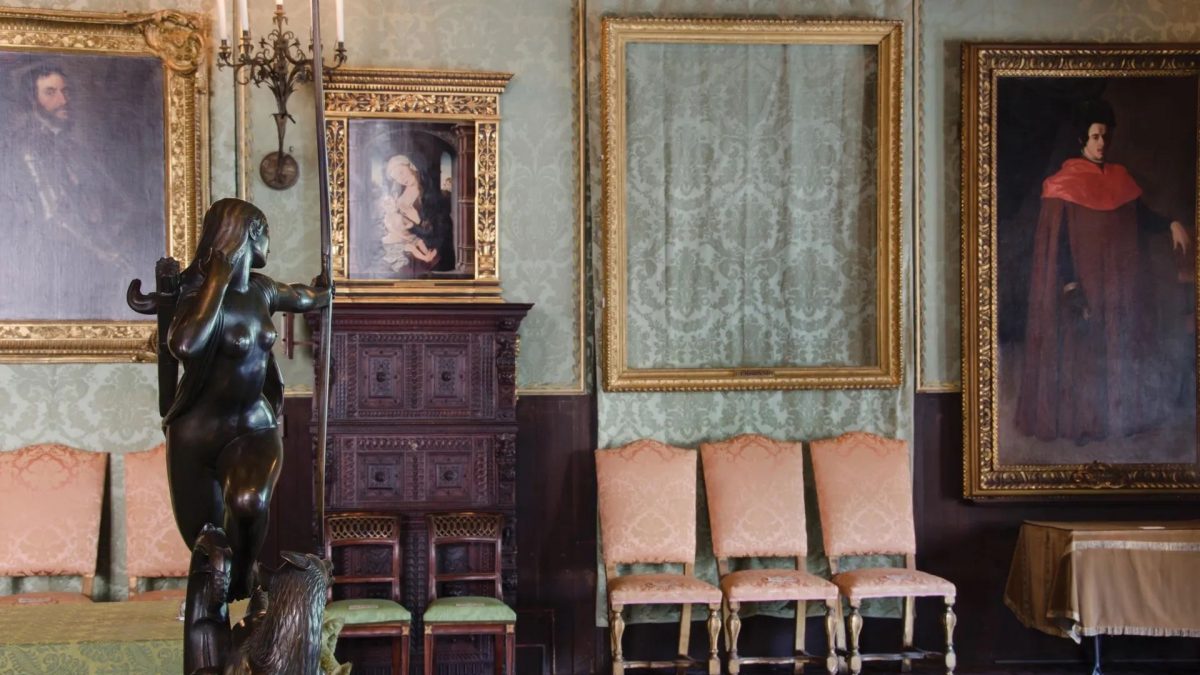 The man in charge of security at Boston’s Isabella Stewart Gardner Museum—which, 15 years before he got the job, was the site of what is considered to be the world’s largest property theft, with works by Rembrandt, Vermeer, Degas and others still missing—is running to be the state auditor of Massachusetts. Anthony Amore hopes his heist-free tenure at the Gardner will bolster his candidacy to be in charge of auditing state agencies to rectify excesses, waste, redundancies and non-compliance.

Amore is running as a Republican, though he is a relatively moderate one rather than a far-right, Trump-affiliated candidate. He has been endorsed by the state’s Republican governor, Charlie Baker, ahead of the 8 November election, in which he faces Democratic candidate Diana DiZoglio, who currently serves as a state senator representing an area north of Boston along the Massachusetts border with New Hampshire.

“As an independent and experienced watchdog, Anthony will be able to keep the checks and balances on Beacon Hill,” governor Baker said in his endorsement of Amore, referring to the Boston neighbourhood where the state capitol is located.

In Amore’s view, the auditor role would make him the state’s “chief accountability officer”, he told Boston Globe columnist Joan Vennochi. “You make government accountable to the people,” he added. “You do these investigations and make them public.”

The investigation into the Gardner heist, a brazen theft carried out by two men in the early morning hours after St. Patrick’s Day 1990, has notably lacked public transparency. Even now, years after the statute of limitations for prosecuting the theft expired, and with a $10m reward on the table, the 13 stolen artefacts’ whereabouts remain a mystery. In 2013 investigators from the FBI said they had identified the thieves, but the information was never made public.

“We believe we know who stole the paintings,” Amore told Vennochi, but hewed to the party line, refusing to say more about the thieves. “If we put out the names of people we think did it, it would lead to bad leads. […] There are enormous amounts of people who have spoken to us in confidence. We can’t put names out there. We can’t betray people’s trust in that matter.”

A mystery for the ages: the Isabella Stewart Gardner Museum heist

Investigations into the Gardner heist for years revolved around figures in the Boston organised crime world. Some evidence suggested the artworks—collectively valued at around $500m—may have been stolen to serve as bargaining chips to negotiate the release of imprisoned mobsters. FBI investigators for years pursued one mob-affiliated figure in particular, Robert “The Cook” Gentile, who they believed knew the artworks’ whereabouts and had at one point been in possession of some or all of them. But Gentile maintained he knew nothing about the Gardner works up until his death last year.

Amore, meanwhile, in addition to his work at the Gardner has also as a senior agent in the Department of Homeland Security and is a licensed private investigator. He is also a published author, having written or co-written three books about art crime. His most recent, The Woman Who Stole Vermeer (2020, Pegasus Crime), tells the story of Rose Dugdale, a leader of the 1974 heist of works by Goya, Vermeer, Gainsborough and others from Russborough House in Ireland. Amore said the story of that heist, and the recovery of the stolen works shortly after Dugale’s caper, gave him hope that—more than 30 years later—the Gardner works might still be returned.

“Masterpieces, these highly recognizable sorts of works, are just like the paintings that were stolen from the Gardner there. Those types of paintings have a much higher recovery rate than others,” Amore told WBUR last year. “So these are the types of things that we use to motivate us, myself and the FBI in our continued hunt for the Gardner art.”

If Amore prevails on 8 November, a new head of security will have to take up the task of hunting for the Gardner Museum’s stolen art.