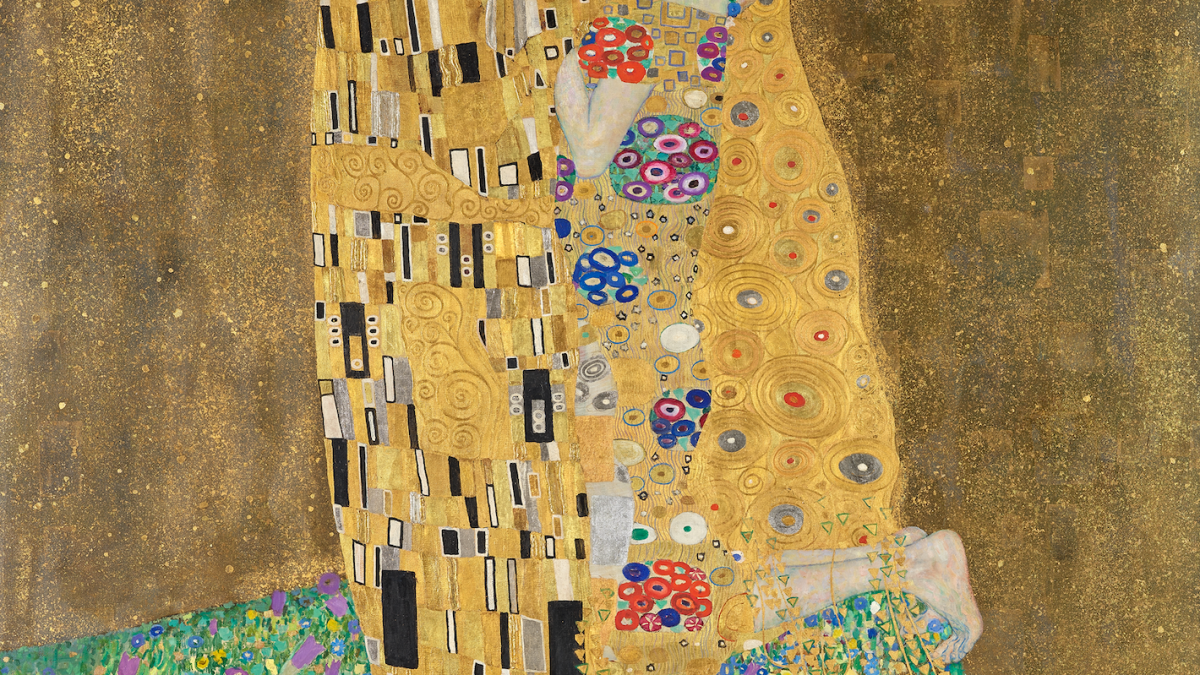 In Gustav Klimt’s The Kiss, an entwined couple set against a golden background may seem far away from the art of Van Gogh, who had died 18 years earlier. But a new exhibition, opening at the Van Gogh Museum in Amsterdam, throws fresh light on the Viennese artist and his debt to European avant-garde predecessors and contemporaries.

With allusions to the Austrian artist’s greatest hit, the show is entitled Golden Boy Gustav Klimt: Inspired by Van Gogh, Rodin, Matisse (until 8 January 2023). After Amsterdam, the show will travel to the Lower Belvedere in Vienna (3 February-29 May 2023). Although The Kiss (Lovers) (1908) is not actually in the exhibition, the masterpiece somehow hovers over the show, as an omnipresent icon. But the show does include some fabulous Klimts, such as Water Serpents II (1904-7), which is unveiled after being hidden away in private collections for over 60 years.

Klimt discovered Van Gogh in 1903, when a group of radical artists known as the Secession (which he had helped establish) held a pathbreaking exhibition on Impressionism. It included six Van Gogh works (five were recorded in the 1903 catalogue, but the curators have now established that one of the Sunflowers on a yellow background was also included). As it closed, the Secession made the courageous decision to become the first institution to buy a Van Gogh for a museum.

The Plain at Auvers (July 1890) was purchased for what would become the Belvedere gallery. This painting is also missing from the Van Gogh Museum’s exhibition, because its loan is being requested for an important show in Amsterdam next May on Van Gogh’s Auvers period. But when the Klimt exhibition moves to Vienna, The Plain at Auvers will be a centrepiece.

Klimt later saw Van Gogh’s work at key exhibitions in Vienna: a one-man show at the commercial Galerie Miethke (1906) run by the artist/dealer Carl Moll, a huge presentation of modern art known as the Internationale Kunstschau (1909) and a later display of New Art at Miethke (1913). He also encountered the Dutchman’s work in the homes of several prominent Viennese collectors and probably during a visit to Paris in 1909.

The impact of Van Gogh is most apparent in Klimt’s paintings of the early 1910s. The colour contrasts in Klimt’s landscapes become stronger and the compositions more stylised. Two telling juxtapositions are presented in the current Amsterdam exhibition.

Klimt saw Van Gogh’s The Pink Orchard (April 1888) in the 1903 Secession exhibition and it probably provided inspiration when he painted Avenue to Schloss Kammer (1912). Both works are characterised by very strong lines, using thickly applied paint. Klimt’s forked, gnarled branches outlined in dark colours are particularly reminiscent of Van Gogh’s work. Avenues of trees were among Vincent’s popular landscape motifs, and this is echoed in the Klimt.

Another telling juxtaposition are the flowers in Van Gogh’s Daubigny’s Garden (June 1890) and Klimt’s Italian Garden Landscape (1913), painted during a visit to Lake Garda. Both are square-shaped canvasses. Although it is uncertain that Klimt saw Daubigny’s Garden, it has characteristics shared with other late Van Gogh floral landscapes. The two artists had a common love of flowers, appreciating their decorative qualities. Floral patterning also appears in the foreground of The Kiss.

As Emilie Gordenker, director the Van Gogh Museum, points out: “Klimt observed and absorbed the artistic trends of his day. And he was a master at extracting from all these influences the elements that most suited his artistic aims and independently adapting these to his needs.”

In addition, a host of other contemporaries populate the show, including Cézanne, Mackintosh, Manet, Monet, Munch, Seurat, Toulouse-Lautrec and Whistler.

But do go to the show for the Klimts. With 36 of his works, it is an unusual opportunity to see an important group, presented in the wider context of European Modernism.

And you may be wondering why the title of the Amsterdam show is surprisingly entitled Golden Boy, since the artist was in his late 40s when he painted The Kiss (and in his 50s when he really fell under the spell of Van Gogh). The Dutch use the expression “Golden Boy”, taking the two words in English for a youngster who attains early success—although curiously it is not an expression widely used by the English themselves. But thanks to The Kiss, Klimt is now inextricably linked with his golden paintings.