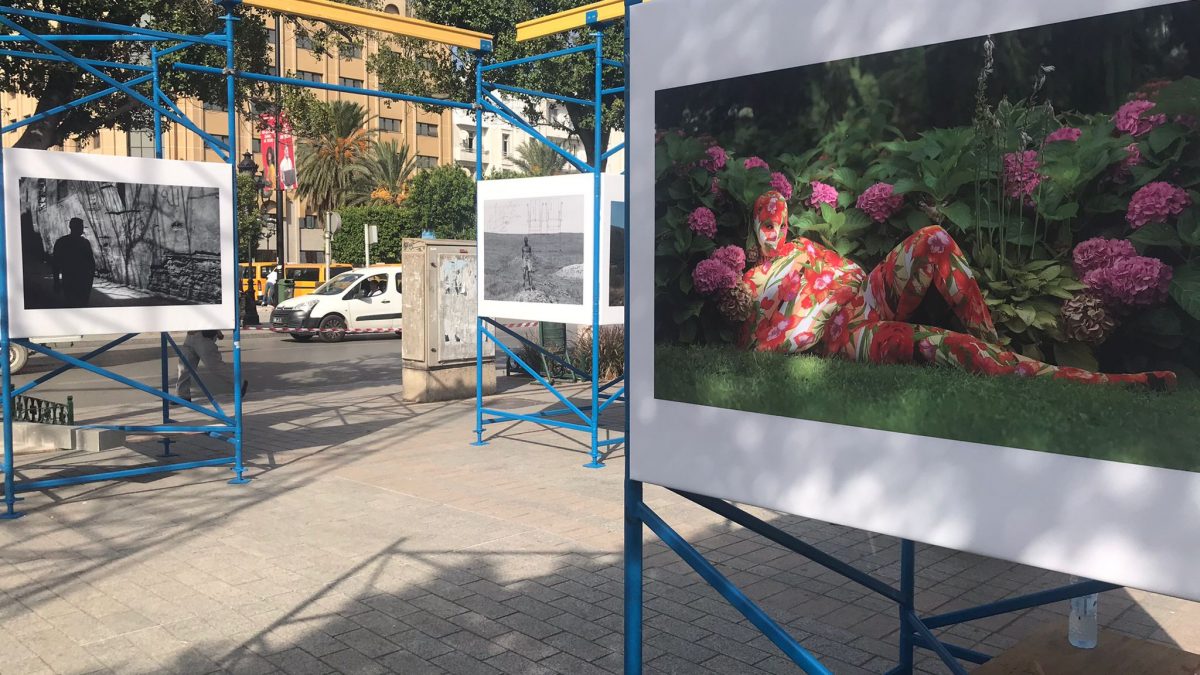 The sixth edition of the Jaou contemporary art festival opens in Tunis today (until 20 October), and will stage a series of exhibitions, happenings, talks, performances, and events in venues across the Tunisian capital. Following a series of Covid-19-related postponements, the biennial festival returns this year as Jaou Photo for an edition dedicated to photography, image making and moving images, with an overarching theme of The Endless Body.

“Jaou” in Tunisian colloquial Arabic holds multiple meanings, most literally “atmosphere” or “weather”. It also connotes a sense of light-heartedness and festivity. “The idea is to bring about the urgencies and the things that are in the air so to speak, in a manner that has a sense of joyfulness and togetherness”, says Lina Lazaar, vice president of the Kamel Lazaar Foundation (KLF), which organises the event. A seasoned curator, Lazaar founded the festival in 2013 and curated its first four editions, growing its scope and ambitions over the years with the aim to foster dialogue and exchange.

Organised by KLF in partnership with the French Institute of Tunisia (IFT), and in collaboration with an exhaustive list of institutional partners and cultural venues across Tunisia, Jaou is an attempt to build bridges across the country’s scene of cultural stakeholders. Lazaar describes her vision for Jaou as an attempt “to step out of the formal white cube space and formal visual arts parameters and try and really bring visual culture and the urgencies that they tackle to the broadest public and therefore in spaces that are not actually dedicated to culture, allowing for a broader public to engage with art”.

This edition, according to its programme, seeks to address ideas around “the corporeal body, the social body, imaginary bodies, and the body politic”, in what is a timely moment following the impact of the global health crisis, and in the wake of international movements in the battle for bodily autonomy. Jaou’s central exhibition Our Time, Even in Dreams, curated by Karim Sultan, takes over advertising billboards throughout the city, staging a parallel display along Avenue Habib Bourguiba, the historic downtown site of the country’s famous 2011 uprising. This city-wide exhibition brings together a diverse selection of artists and photographers including Athi-Patra Ruga, Amina Kadous, Amina Menia, Gabrielle Goliath, John Akomfrah, Larissa Sansour, Mohammed Zaanoun, Sophia Baraket, and Taysir Batniji, among others. Presented through a series of prompts, this intervention disrupts the constant stream of images bombarding everyday life within the urban environment, promising moments of pause and reflection.

Pop-up exhibitions include A Collective Diary, curated by Simon Njami, and a series of exhibitions curated by Olfa Feki each taking place across different venues. A Wake Up Song Mr. President presents a selection of highlights from this year’s Biennale de l’Image en Mouvement in Geneva (BIM) curated by Andrea Bellini and Lina Lazaar. Works by Sophia Al Maria and Mandy Harris Williams, amongst others, reactivate the historic Abdellia Palace which has remained dormant since extremist rioters attacked an exhibit in 2012. Another highlight is Fantasies by Myriam Boulos at KLF’s B7L9 Art Station. Bringing together an eclectic mix of thinkers, curators and artists, Jaou encounters is led by Stephanie Bailey under the title What Can We Learn And Unlearn When We Speak Together? posed as a guiding question. The planned symposium is set in the historic Bourse du Travail and includes keynotes by the writer Simon Njami, artist Hito Steyerl, and activist Khookha McQueer.

As Jaou hopes to prove, Tunisia’s post-pandemic art scene is bustling with cultural initiatives, in spite of the country’s unstable political condition. “It’s a very interesting moment”, says Ridha Moumni, a Tunisian art historian and deputy chairman of Christie’s Middle East and North Africa. He identifies several exciting initiatives among them: L’Art Rue’s Dream City festival, El Kazma, and spaces such as 32Bis, La Boite, El Marsa, Selma Feriani Gallery and B7l9. Moumni, mentions the recent opening of Tunisia’s MACAM museum dedicated to modern and contemporary art as evidence that “the art scene in Tunis is full of hope and looking to forge its own identity”.