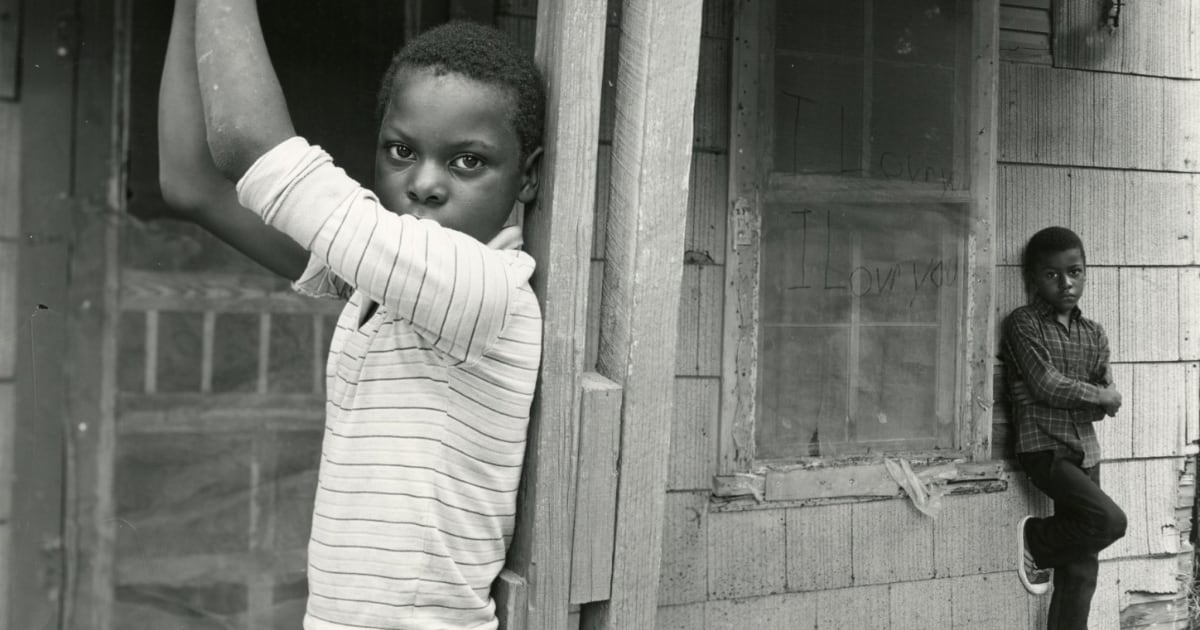 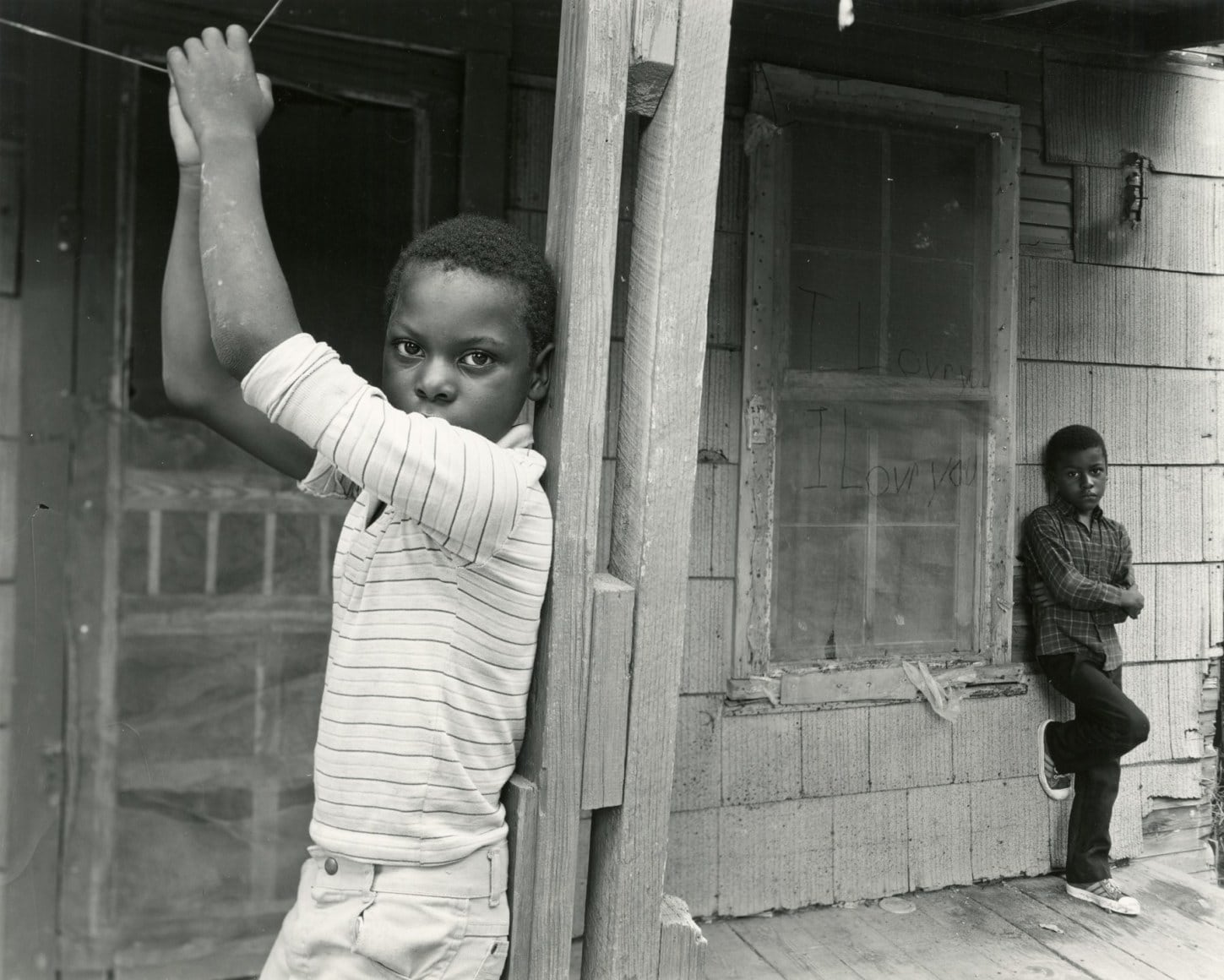 In 1983, Baldwin Lee took a road trip through the American South that blossomed into a seven-year project capturing images from Black Southern Americans’ everyday lives. The photographer’s angles and perspectives of landscapes, materials, and gathering spaces are deeply considered. An image feels lived-in, as if it captures the perspective of someone who has experienced the setting over and over again from several angles and with sentimentality. The works embody a candid familiarity.

Some of Lee’s portraits, on the other hand, are hauntingly intimate. For example, in “Nashville, Tennessee” (1983), four Black children stand hand-in-hand in front of an exact replica of the Greek Parthenon in the dead of night. The grandness of the columns in the darkness blows a chill, and the gaze of the innocent, wide-eyed children holding onto each other sends goosebumps along with it. Other characteristics of Lee’s images include the rich textures of magnetic gazes and body language—like the fold of an arm while relaxed or the posture of each person in relation to their environment—as seen in “Vicksburg, Mississippi” (1983), in which an older boy’s stern face and muscular build carries a smaller and more confident version of himself on his hip. The pair’s kinship is clear, but there are enough subtleties in the image to leave a sense of wonder about the worldviews and relationships between each person.

Thirty of Lee’s photographs now on view at the Howard Greenburg Gallery are snippets of an archive of 10,000 black-and-white negatives, a greater number of which are now available in a self-titled monograph published by Hunters Point Press. See his work at the New York space through November 12. The Black and White Anthropomorphic Illustrations of David Álvarez