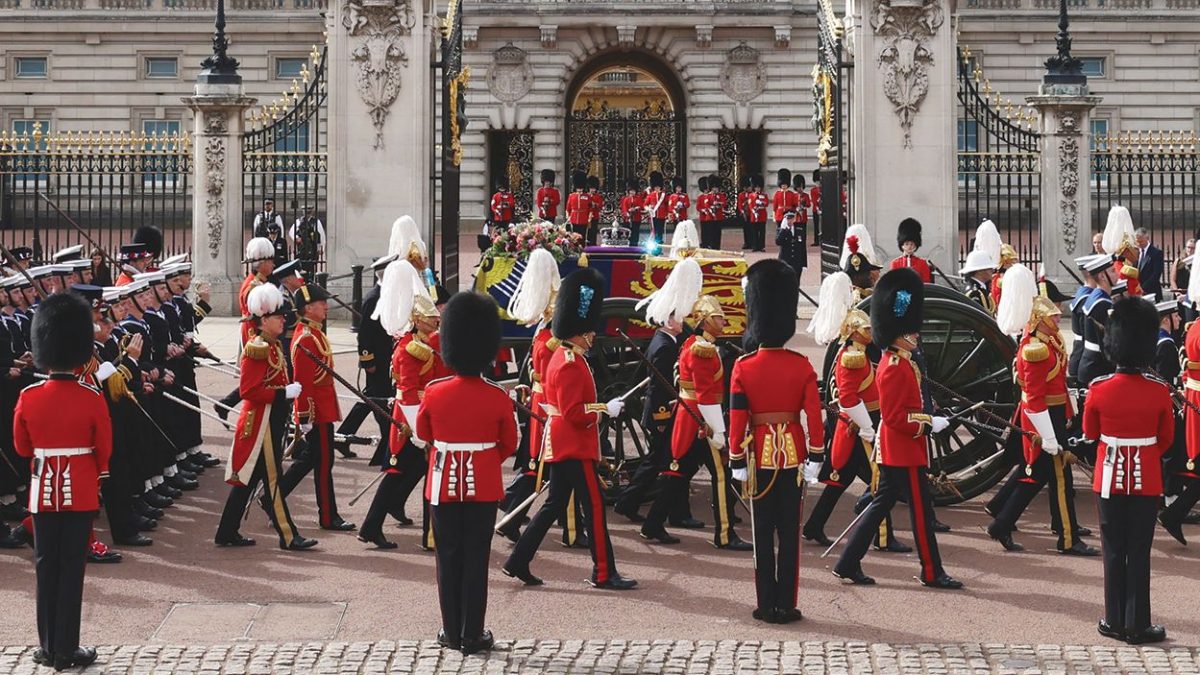 Over the last month, the global headlines have been dominated by news of the death of Britain’s Queen Elizabeth II, the proclamations of King Charles III’s accession to the throne, the remarkable images (including those from space) of orderly queues snaking across central London as people came to give their thanks and pay their respects, and the sombre and spectacular ceremonial surrounding the Queen’s last journey and her funeral at Westminster Abbey.

Our October edition has been extended to include our Obituary, first published online on the day of the Queen’s death (8 September), which focuses on the Queen’s achievements and, in particular, on how she perfected and came to embody the “fine art” of monarchy. We focus on the Queen’s role as patron, muse, virtuoso “performance artist”, and custodian and embodiment of a nation’s heritage and identity. The visual impact of her public appearances and the visual splendour of royal and military ceremonial, together with a backdrop of glorious historic architecture, have always been of the utmost importance: the Queen’s maxim in terms of her own bold and supremely colourful attire was: “You have to be seen to be believed.”

The visual arts per se, however, were never the Queen’s passion, though in the course of her long reign the propagation of her image—from her youthful profile on stamps, to Andy Warhol’s prints, to Chris Levine’s recent holographic portraits—made her truly iconic, both in the sense of serving as a representative symbol of royalty and the British constitution, and in the sense that, for many, she has become an object of veneration.

These images, together with carefully controlled official photography, both formal and informal, provide a lovely contrast to the numerous anecdotes relating the Queen’s delight in things going slightly awry. Both she and her husband Prince Philip, with his “mischievous twinkle” (her words) took an almost childish pleasure in things not going entirely to plan. “What lives we lead!” would be the Queen’s smiling response. In this context, it seems fitting that an illustration of the whimsical children’s character Paddington Bear (whom the Queen entertained to tea in a clip made for her platinum jubilee celebrations in June) has become the visual image most associated with her final year.

While the official guidance for the Queen’s funeral was that it should cause “minimum disruption”, nearly all the UK’s museums decided to close as a mark of respect. While there is an argument that London’s national museums and galleries could have provided havens of peace and places for reflection for the crowds pouring into the capital, at least we can be thankful that the art sector contributed something to this peculiarly British mix of collective grief and cheery stoicism—with Tate Modern and Southbank Centre providing the all-night queues with 24-hour toilet facilities!