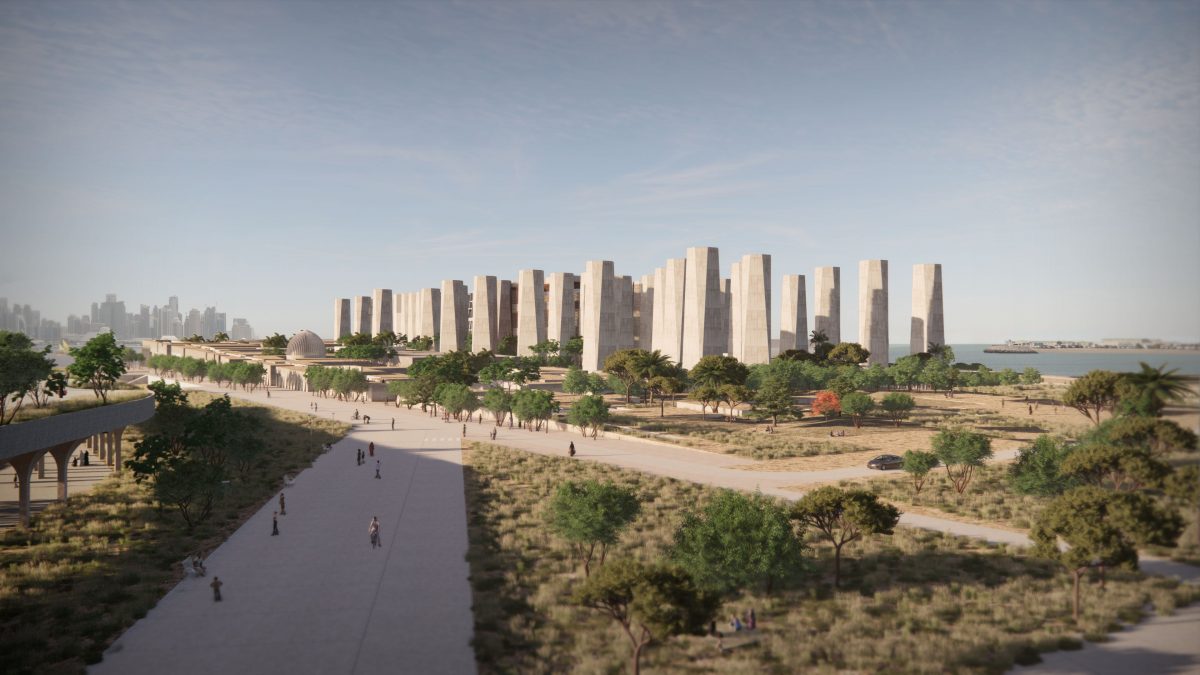 The Art Mill Museum, a vast new Modern and contemporary art institution due to open in Doha in 2030, is the subject of an exhibition held in two Qatar locations this month. Sheikha Al Mayassa bint Hamad bin Khalifa Al Thani, the chairperson of Qatar Museums, says that the state-run cultural organisation is “developing an institution [housed in a former flour mill] that will be one of the world’s leading museums of modern and contemporary art”.

The preview exhibition, called Art Mill Museum 2030, is due to open at two locations, the Qatar Flour Mill Warehouse and Al Najada Heritage House #15, Doha (24 October-30 March 2023). The show will focus on “the architecture [of the Art Mill Museum] by the Chilean studio Elemental, led by the Pritzker Prize-winning architect Alejandro Aravena”, according to a statement.

The show will include a number of contemporary art commissions by artists such as French-born Yasmina Benabderrahmane, François-Xavier Gbré of France, Istanbul-based Ali Kazma, and the Qatar-based artists Amal Al Muftah and Shaima Al-Tamimi. The artists have been commissioned to create films and photographs “establishing the parallels between the flour mill and the future museum”, officials say, giving a flavour of the kind of works that will form part of the collection.

Gbré has made a series of photographs of a functioning flour mill in Doha entitled The Talking Mills (2022). “I just went into the place and listened to it, smelt it. I wanted the pictures to look like the sound, so this was also the idea of the process. I think the sound is really important, even in the pictures with the truck releasing grain,” he writes in an accompanying journal.

“I was living with the workers there, and I tried to follow their reasoning and understand how the final product is made. I came across a machine that was undergoing maintenance. The coiled part that I was able to photograph looks like a Chanel belt! I was so lucky,” Gbré adds, saying that this work will enter the museum collection.

The Lahore-based artist Hamra Abbas will present a work at the Al Najada Heritage House #15. “Flowers: Gardens of Paradise 2 is based on 17th-century fresco paintings from Wazir Khan mosque in Lahore. Influenced by European style, these frescos portray a paradisiacal garden, examples of which can also be seen in other imperial Mughal era architecture,” she tells The Art Newspaper. “This work was commissioned by the museum two years ago; it is already part of the collection.”

Earlier this year, Qatar Museums said in a press statement that “the vision and the definition of the museum, [is] conceived by [the French art historian] Catherine Grenier”, the director of the Fondation Giacometti in Paris. In 2017, Grenier curated the exhibition Picasso-Giacometti at the Fire Station in Doha which brought together more than 120 works by the two artists.

“A pioneering institution in the non-Western world, [the Art Mill Museum] will represent the modern and contemporary arts of all regions of the globe on an equal basis, engaging local and international audiences alike through multiple narratives of art history,” say Qatar Museums.

Qatar has ramped up its cultural offerings in the past two decades, embarking on a hugely ambitious museum development programme. In 2019, the National Museum of Qatar opened, designed by the French architect Jean Nouvel for an undisclosed sum.

Despite the cultural offensive, Qatar has faced charges of neglect of migrant workers brought in to build the new football stadiums. The Qatar government says that it introduced labour reforms in 2017 and progress has subsequently been made regarding the treatment of such labourers.