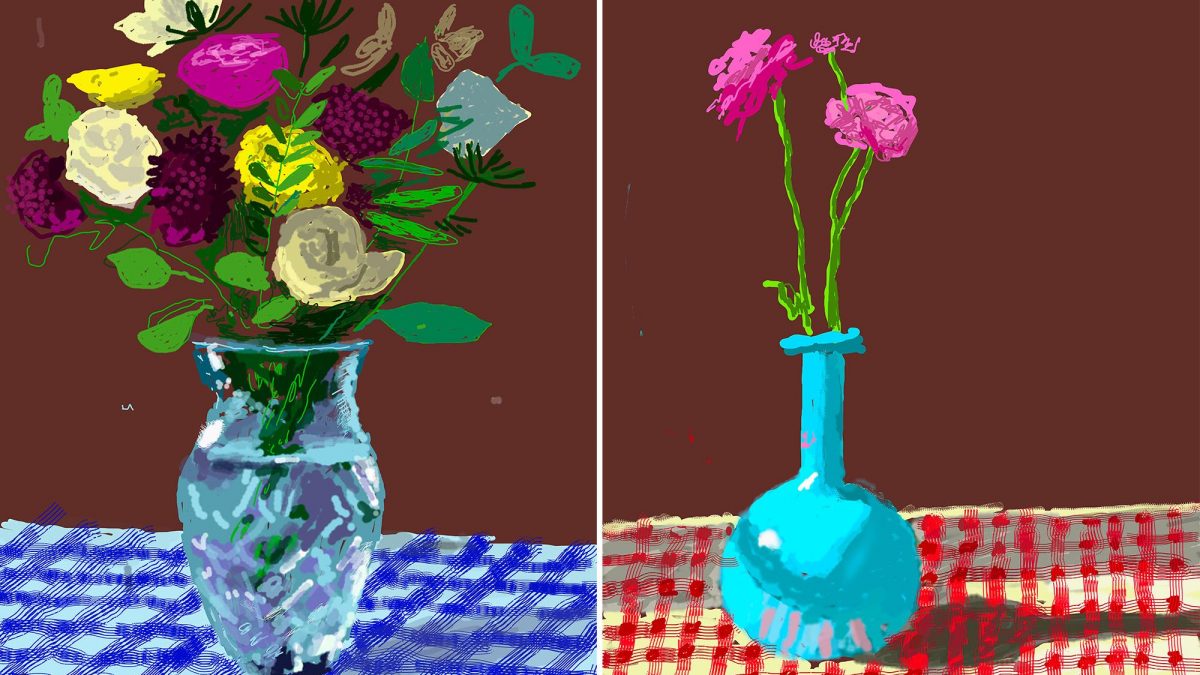 Even before he became art-world royalty, David Hockney played the market by his own rules. For 13 years he did not show his paintings in New York. For 44 years he has remained with the same Los Angeles gallery. Now, ready to sell his pandemic-era, iPad-based still lifes of flowers, he is turning not to one but all five of his regular galleries: LA Louver in Los Angeles, Galerie Lelong in Paris, Annely Juda Fine Art in London, Gray in Chicago and Pace in New York.

Each show will have the exact same checklist, including 20 iPad flower “paintings” from 2021, which recently debuted at the Musée Matisse, and a new perspective-bending photo-based work from 2022, which has not yet been shown. The exhibitions open in November with the exception of Pace’s show, which opens in January.

An expert’s guide to David Hockney: five must-read books on the British artist

LA Louver founder Peter Goulds, who began showing Hockney in 1978—just two years after opening his gallery—says the collaboration came about rather naturally as all five galleries wanted to show the recent work. “I don’t know if this has been done before, with five different galleries showing a single artist’s work,” he says. “We work with David Juda and Lucy Mitchell-Innes on travelling [Leon] Kossoff exhibitions, but I can’t think of a project like this.”

Damien Hirst once exhibited works from his spot painting series across all Gagosian locations, and Rochelle Feinstein was the subject of a dispersed retrospective of sorts across six galleries just this year. But the idea of five identical shows doesn’t have a recent precedent.

Made in Normandy, Hockney’s digital, colour-drenched flower “paintings” were included this summer in Hockney-Matisse: Un paradis retrouvé at the Musée Matisse in Nice. Critics largely enjoyed the pairing of the two painters, discussing both in terms of their sensual forms and unabashed or hedonistic use of bright colours.

“The flower paintings are full of joy. There are very intense observations of nature and life—and space,” Goulds says, adding that the series took off when Hockney moved some flowers on a table in his Normandy home from a ceramic to a glass vase. “It so turned him on, dealing with the translucency of glass, as opposed to the opacity of porcelain, and all the distortions that occur. All these things entered into his thinking as he built up a body of work.”

With a teenager’s enthusiasm for technology, Hockney, 85, has been using iPads and iPhones for drawing and painting pretty much since they were invented. The tools are handy, and the images easily reproduced.

The flower paintings are being sold in editions of 50, but that doesn’t mean that each gallery has ten prints. “I wish we did,” says Goulds, who declined to give prices. “At least five of everything David makes goes into his archive with the foundation, which is really an exhibition vehicle for his legacy.”

The upcoming shows also mark the debut of a large photographic work, 25th June 2022, Looking at the Flowers (Framed) (2022), which consists of multiple images digitally stitched together to stretch or test perspective with typical Hockney flair. In this case, the photographic composite shows the artist looking at his series of 20 iPad flower compositions, hanging salon-style in ornate, wood frames against a navy wall. The artist himself appears as a viewer within the picture not once but twice.

Hockney calls the work a “photographic drawing”, but you can call it a crowning meta-moment in an ocean-spanning mega-exhibition.