Sensation, 25 years on: the show thrust the YBAs and Charles Saatchi into the mainstream—but not everyone was happy 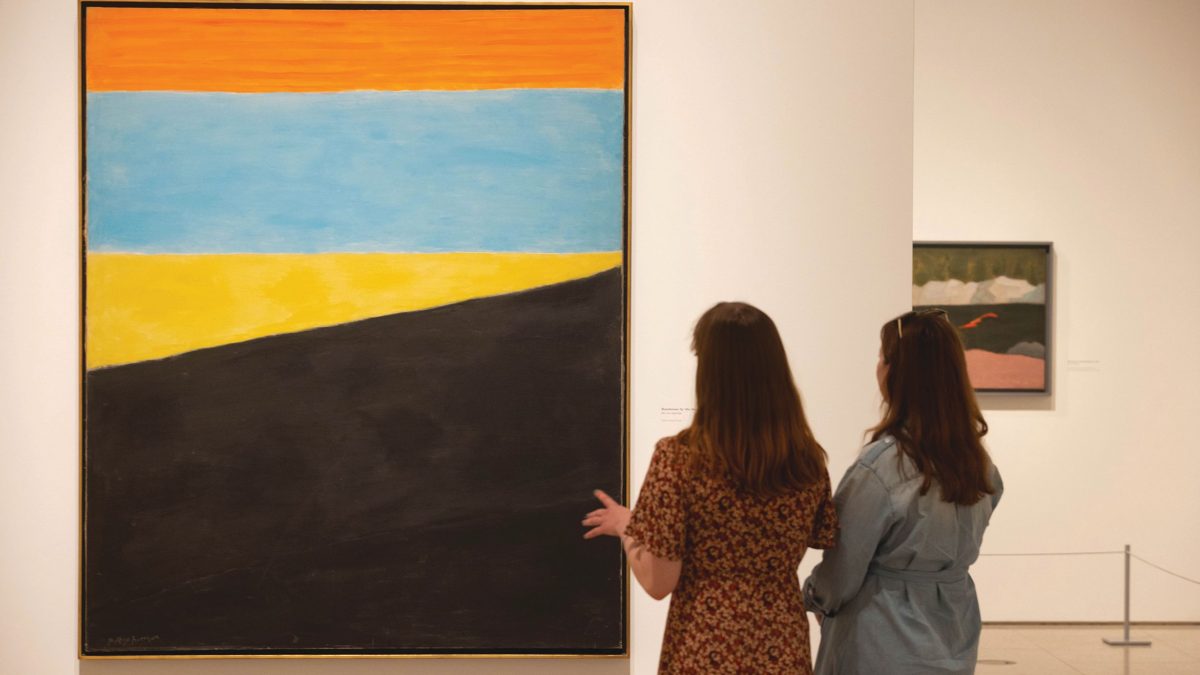 The American artist Milton Avery (1885-1965) is often presented as a painter of uncomplicated pleasure. In the catalogue of his exhibition at London’s Royal Academy of Arts (RA), the curator Edith Devaney concludes that his art “remains understated in its simple beauty”. Simplicity? Yes, of a kind. But beauty, understatement? I don’t see it. Adding to the enigma is Avery’s almost comical laconism. On Henri Matisse, an oft cited inspiration, he said just two things: “I like the way he puts the paint on” and “I don’t think he has influenced my work.”

Another of his rare utterances holds the key. Avery said that he sought to “seize one sharp instant in nature, imprison it by means of ordered shapes and space relationships to convey the ecstasy of the moment.” He would “eliminate and simplify, leaving nothing but colour and pattern”. The words reflect an awkward intensity that makes Avery a transfixing and—in the best sense—deeply odd painter.

His career presents a neat linear arc, perfect for condensing into the limited space of the RA’s Gabrielle Jungels-Winkler Galleries. Across three rooms are shown his modest American Impressionist-influenced beginnings in Hartford, Connecticut, in the 1910s; the idiosyncratic landscapes of his mature style from the 1930s; city subjects and portraits after his move in 1926 to New York; and the reductive compositions of the 1950s and 1960s, influenced by the Abstract Expressionists.

Rather than opening with his tepid Impressionist experiments, the show begins with an isolated painting made when Avery had long hit his stride, with landscapes inspired by the US East Coast and Canada. Little Fox River (1942) captures dramatic forms of a landscape from a high vantage point. Trees are vertical lines and zig-zags in thin black paint; the sea is thick undulating bands of blue interspersed with linear ripples. The houses and church are black and white geometric dots. Blur your eyes and you see bold abstraction, a portent of more reductive landscapes to come.

Were Avery a painter of sheer beauty, Fall in Vermont (1935) would surely be lovelier (think of those vibrant daubs of the Hudson River School). Instead, his autumn shades are dulled: foliage rusty rather than radiant, sky twilit but brooding, a looming haze of grey over impastoed pink and white. The painting is the better for it, and for the variety of marks he had by then mastered: loose and broad expanses and scant, notational detail, some scratched in with the brush handle.

Seaside (1931) is a quirky, even downright hilarious, contribution to the art historical tradition of bathers. Against two bands of colour—blue for sea, pink-brown for beach—are several figures, little more than crude stacks of forms. A seated woman is formed of three wobbly lozenges while the main figure’s face is described with a single looping mark for eyebrows and nose, vague circles for eyes.

Avery’s colours are what distinguish him most from Matisse. There is little of the French master’s hard-won harmonic unity, and more the modulated tonality and accented bright hues of another master, Georges Braque. That is not to say Avery is not a brilliant and original colourist. In Man with Pipe (1934), the titular figure stands at front left, a haze of yellow hair under his blue beret, red lips leaping out from a densely worked face, and a pair of oversized, starkly coloured ears, an Avery hallmark. Behind him are two more bathers, chatting on the beach: one with peachy-tone flesh and a pink costume, the other in blue with grey flesh.

Binary hues were a crucial Avery tool. In Husband and Wife (1945) the male figure is a vision in brown, a vermilion face and yellow hair. Only a blue bow tie punctuates the warmth. His wife is all in blue, with green face and limbs. The distinctly coloured bathers reappear in Swimmers and Sunbathers (1945)—in a remarkable landscape in which the swimmer is a flash of red against black water—and as the protagonists in Two Figures on Beach (1950) and Friends (1961).

The latter two pictures reflect Avery’s inexorable journey towards abstraction. Pattern remains boldly present but almost everything else is surrendered to colour. The scale expands too—a deliberate response to “the abstract boys”, including his friends Mark Rothko and Alfred Gottlieb. The seaside town prompted many of the luminous canvases that end the show, little more than fields of thinly painted colour. But a painting with horizontal bands of red, blue and yellow, and another with the same colours and a diagonal swathe of black are not named in the vein of Untitled (Yellow, Red and Blue), a similar 1953 painting by Rothko, but Blue Sea, Red Sky (1958) and Boathouse by the Sea (1959). Avery never entirely crossed the threshold into non-figuration.

This final room is the closest he gets to pure harmony. Perhaps his most outstanding late pieces are two 1960 works: Two Figures and Sails in Sunset Sea. Exactly the same size, close to 2m in height, they feature simple shapes—bathers and boats—against the ocean, whose waves are suggested with the quickest zig-zags and ripples. They absorb the sublime scale and effect of the younger painters’ work while remaining utterly his own.

It seems a pity not to show these gems together as a marvellous climax, but the hang is adroitly judged for the space. The wall colours—pale blue for landscapes, ochre for portraits and interiors, white for later works—feels just right, but the natural light that can fill these spaces is denied to the paintings, presumably to protect sporadic works on paper.

The show attests to Avery’s enduring significance. Of course, there are all the ricochets with forebears and contemporaries. But I repeatedly saw in the simplicity and weirdness of the paintings hints of contemporary artists grappling with the figure, such as Peter Doig, Chris Ofili and Chantal Joffe. Avery’s most important resonance, surely, is not with the past, but with the present.

What the other critics said about the exhibition

In her New York Times review of an earlier version of the show at the Wadsworth Atheneum in Hartford, Roberta Smith describes the curious mixture of modes in Avery’s distinctive voice: “He remained a singular hybrid, who never settled into any niche, but constantly circulated, combining different ratios of cartooning, folk art, European modernism and American Scene painting.”

In a five-star Guardian review, Jonathan Jones picks up on Jackson Pollock’s famous quote about “veiling” figurative elements. Avery, Jones writes, is “a true Abstract Expressionist who happens not to ‘veil’ the imagery”. But he overplays the point in a wild prediction that, after seeing the show,“you’ll never be able to see a Rothko again without picturing a seashore at dusk where the red blazing sky is layered above the wine dark sea, in an apocalyptic revelation”.

Laura Freeman in the The Times ponders Avery’s position in the canon and concludes that he isn’t “a first-class artist” or a “proto-Rothko and a Pollock before Pollock”, but “the middleman, the guide who hacks away the thickest vines”. Still, she left “wide-eyed and dazzled”.